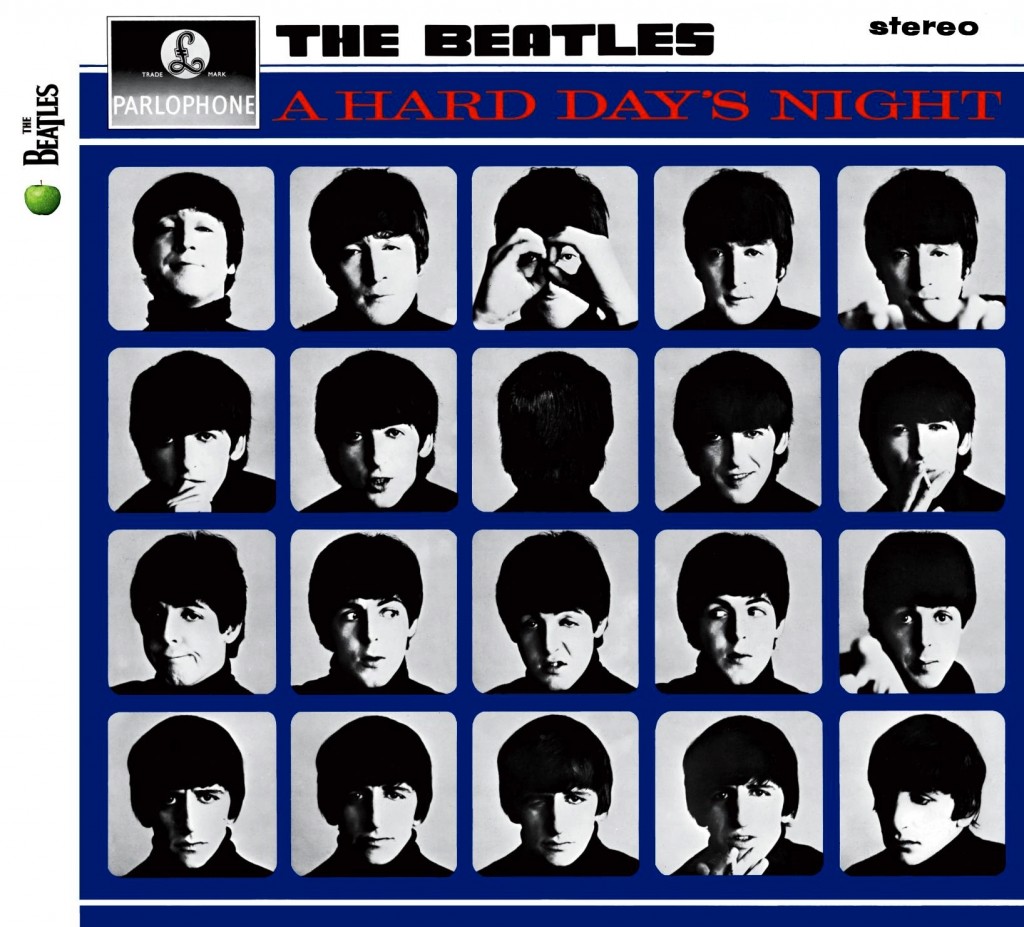 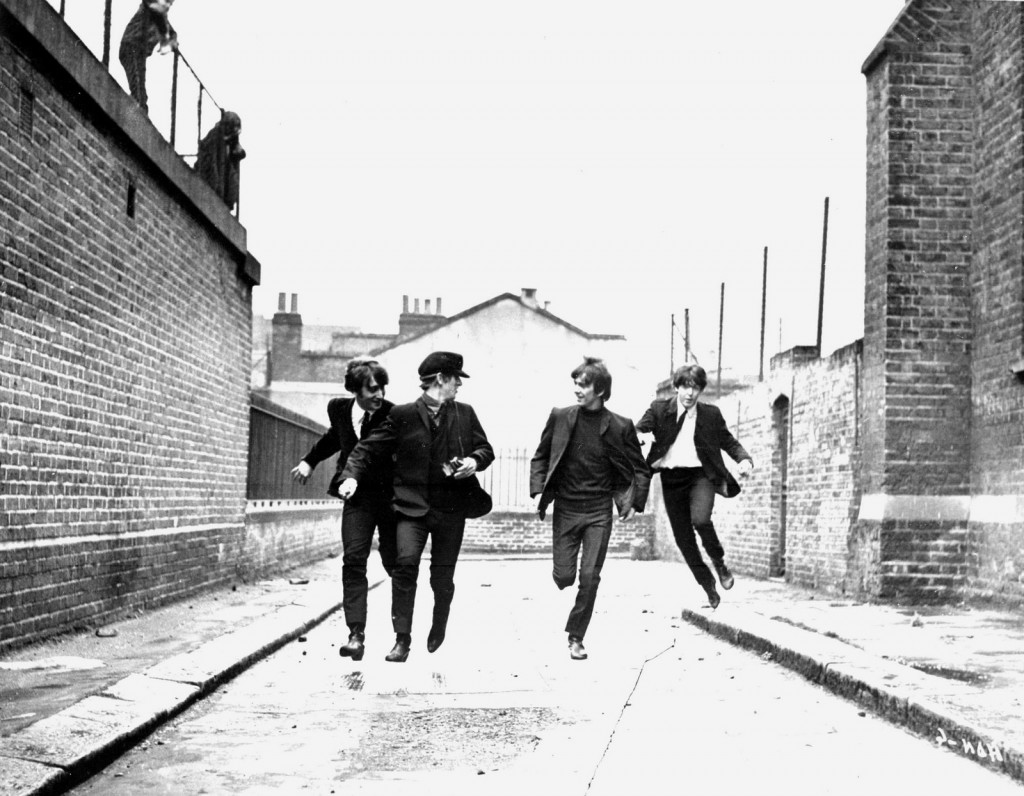 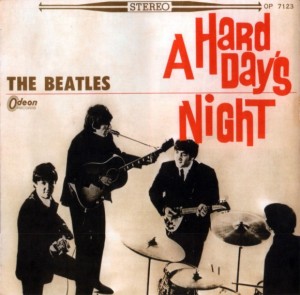 I saw the movie before I bought the album, and the pictures roll before my eyes as I listen to the album. The film is a masterpiece and so is the album. 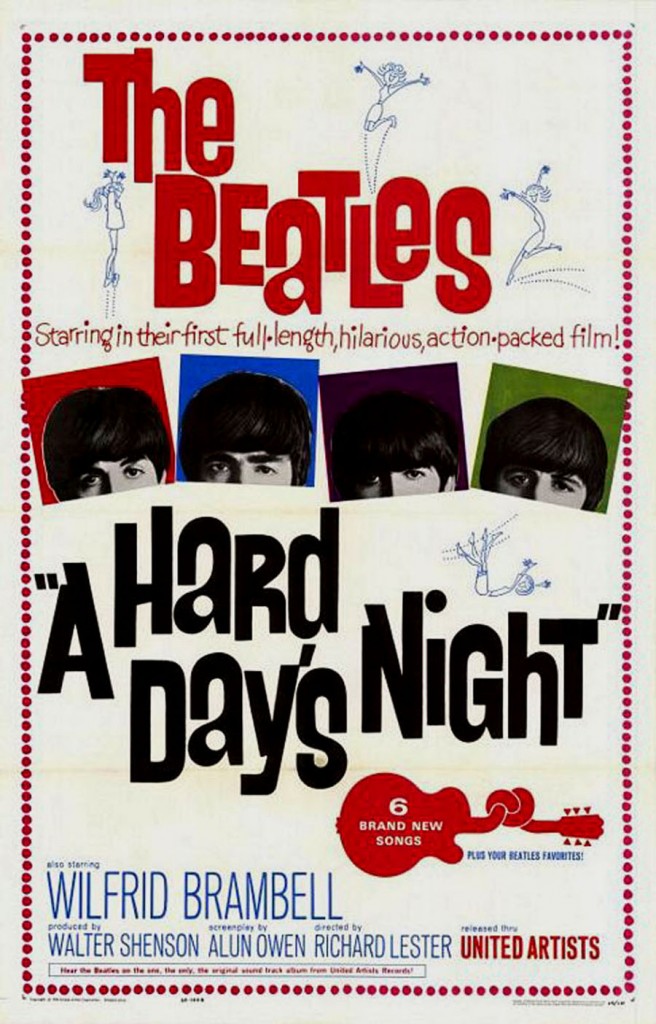 “Considering the quality of the original material on With the Beatles, it shouldn’t have been a surprise that Lennon & McCartney decided to devote their third album to all-original material. Nevertheless, that decision still impresses, not only because the album is so strong, but because it was written and recorded at a time when the Beatles were constantly touring, giving regular BBC concerts, appearing on television and releasing non-LP singles and EPs, as well as filming their first motion picture. In that context, the achievement of A Hard Day’s Night is all the more astounding.”
– Allmusic (Stephen Thomas Erlewine)

It was my first Beatles album, and even if it has lost it’s top spot on my Beatles list, I love it dearly. It always makes me happy when i put it on.

John Lennon was the main contributor to the album. He wrote A Hard Day’s Night,  I Should Have Known Better, Tell Me Why, Any Time At All, I’ll Cry Instead, When I Get Home and You Can’t Do That.

He also wrote the majority of If I Fell and I’ll Be Back, and wrote I’m Happy Just To Dance With You with McCartney.

I Should Have Known Better (my favorite song on the album):

That doesn’t mean that Paul McCartney was  left off the record. He wrote the  ballads Things We Said Today plus And I Love Her , and lets not forget the lovely single Can’t Buy Me Love.

As always the lines blur on some of the songs, but there are a lot of indications that this was the way the songs were composed, or rather, who wrote the songs.

“When we knew we were writing for something like an album John would write a few in his spare moments, like this batch here. He’d bring them in, we’d check ’em. I’d write a couple and we’d throw ’em at each other, and then there would be a couple that were more co-written. But you just had a certain amount of time.”
– Paul McCartney

A Hard Day’s Night is classic album that is a true testament to their collaborative writing powers, and, man, they had become a tight band!

One thought on “Today: A Hard Days Night by The Beatles was released in 1964”