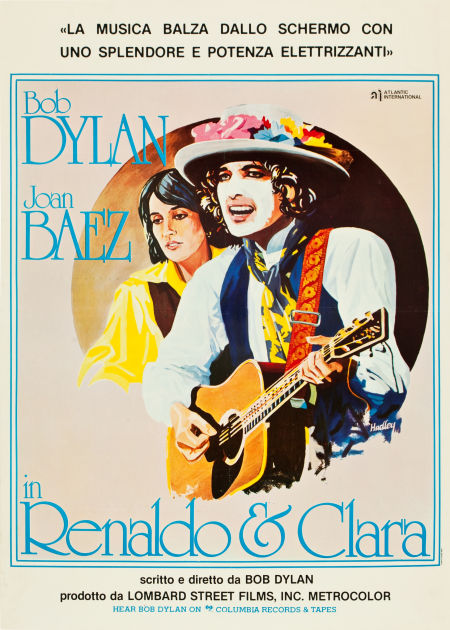 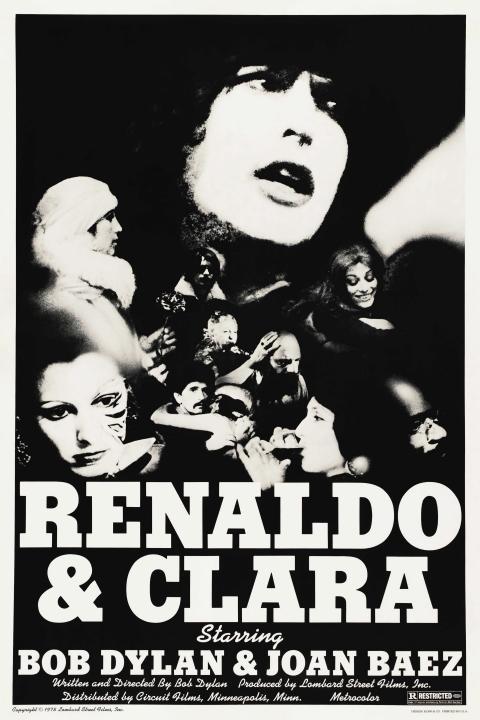 Filmed during his legendary 1975 Rolling Thunder Revue Tour and features an eclectic cast of characters (Allen Ginsberg, Sam Shepard, Arlo Gunthrie, Ronnie Hawkins, Harry Dean Stanton, etc) Bob Dylan plays the role of the guitarist Renaldo and his then-wife Sara plays his companion Clara.  Joan Baez enters the picture and a love triangle ensues, effectively mirroring Dylan’s own real-life drama. To me it seems to be a fairly accurate description of Dylan’s complicated relationships with women. It simply rings true. 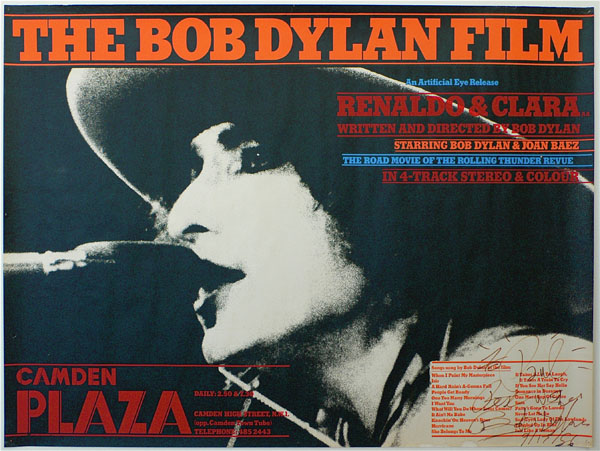 A few years back there were rumors of an official release, but it has yet to happen. It would be so great to get a HD release this year, it is now 40 years since it was officially released at the cinema!