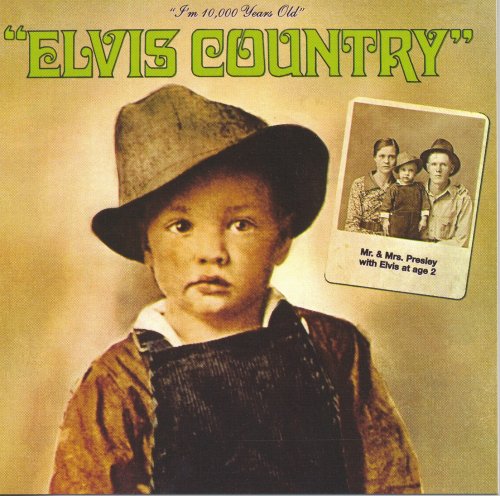 Elvis Country (I’m 10,000 Years Old) is the thirty-seventh studio album by Elvis Presley, released on RCA Records (LSP 44600 in January 1971. Recorded at RCA Studio B inNashville, it reached #12 on the Billboard 200. It was certified Gold on 12/1/1977 by the RIAA. It peaked at #6 in the United Kingdom, selling over one million copies worldwide.

Elvis Presley started a great run with his 1968 Comeback Special, then went on to  the brilliant From Elvis in Memphis , and then the “bonus” album, Back in Memphis), the very good  live abum On Stage, and the studio/live That’s the Way It Is in 1970.

In January 1971 Elvis Presley returned with Elvis Country: I’m 10,000 Years Old, and again the artist was addressing his roots, though with some more modern sounds. This is Elvis at the top of his game and it is one of his best albums.

It is available in several editions, theoriginal single Album version, The FTD version with many outtakes and the Legacy edition that includes the album, Love Letters from Elvis. Love Letters was drawn from the same four days of Nashville sessions as Elvis Country. It also has a few bonus tracks and good liner notes on both the albums, written by Stuart Coleman in 2011.

This is The Legacy edition on Spotify

“…Elvis was at his peak when he cut Elvis Country. Actually, Elvis Presley was positively on a roll at the time. A decade after the end of what were thought to be his prime years, he was singing an ever-widening repertory of songs with more passion and involvement than he’d shown since the end of the 1950s…” 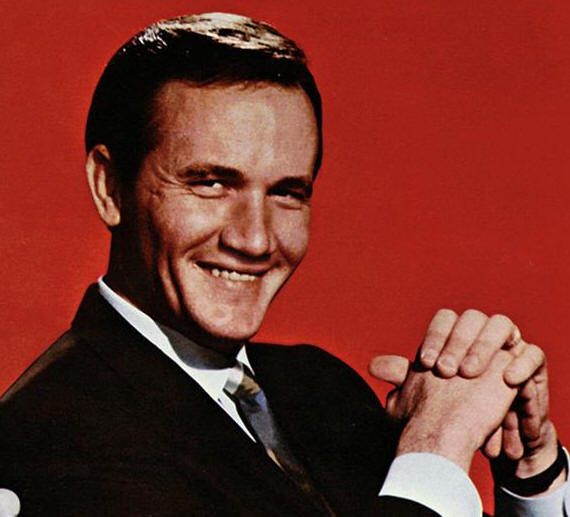 In addition to 11 Grammy Awards, Roger Miller won Broadway’s Tony award for writing the music and lyrics for Big River, which won a total of 7 Tonys including best musical in 1985. He was voted into the Nashville Songwriters Hall of Fame in 1973 and the Country Music Hall of Fame in 1995. Miller’s 11 Grammy Awards held the record as the most won by any artist until Michael Jackson’s 1982 album Thriller. In Erick, Oklahoma where he grew up, a thoroughfare was renamed “Roger Miller Boulevard” and a museum dedicated to Miller was built on the road in 2004.

Woodward Maurice Ritter (January 12, 1905 – January 2, 1974), better known as Tex Ritter, was an American country music singer and movie actor popular from the mid-1930s into the 1960s, and the patriarch of the Ritter family in acting (son John and grandson Jason). He is a member of the Country Music Hall of Fame. 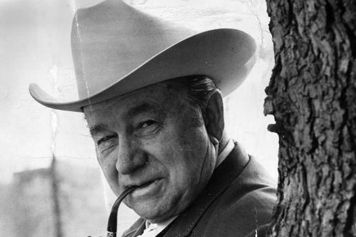