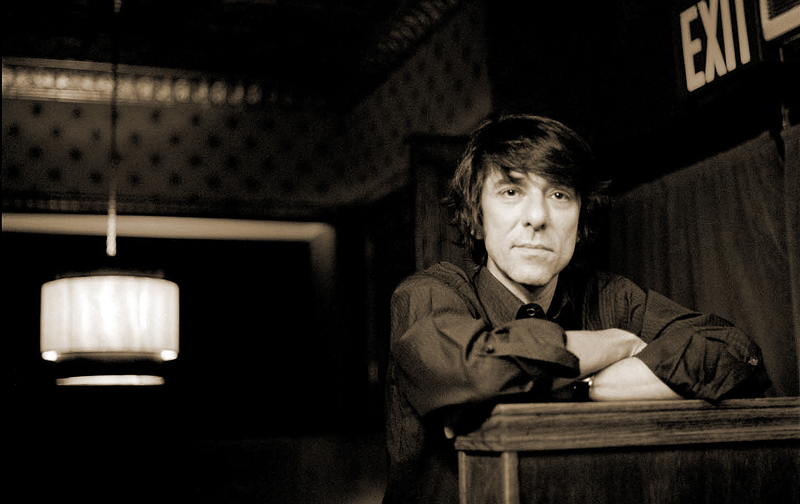 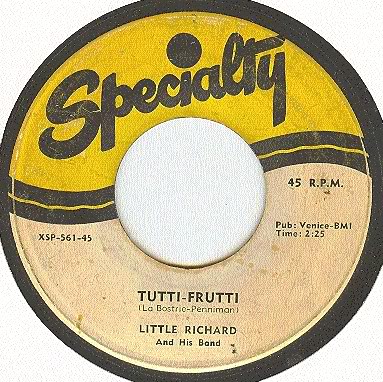 “Tutti Frutti” is a 1955 song co-written and originally recorded by Little Richard, which became his first major hit record. With its opening cry of “A-wop-bop-a-loo-mop-a-wop-bam-boom!” (a verbal imitation of a drum pattern that Little Richard had heard) and its hard-driving sound and wild lyrics, it became not only a model for many future Little Richard songs, but also a model for rock and roll itself.

In 2007, a panel of renowned recording artists voted “Tutti Frutti” number 1 on Mojo’s The Top 100 Records That Changed The World, hailing the recording as “the sound of the birth of rock and roll.” In 2010, the US Library of Congress National Recording Registry added the recording to its registry, stating that the hit, with its original a cappella introduction, heralded a new era in music. In April 2012, Rolling Stone magazine declared that the song “still has the most inspired rock lyric on record.” 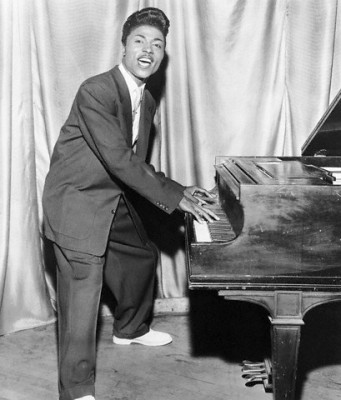 ..In frustration during a lunch break, he started pounding a piano and singing a ribald song which he had been performing live for some time. The song that he sang was a piece of music that he “had polished in clubs across the South.”

After this lively performance, Blackwell knew the song was going to be a hit, but recognized that the lyrics, with their “minstrel modes and sexual humor” needed to be cleaned up.

“Tutti Frutti, good booty / If it don’t fit, don’t force it / You can grease it, make it easy”

(All rooty was hipster slang for “all right”.)

“Tutti Frutti” was the first rock & roll record where America got to hear an African-American gospel singer (Richard Penniman) sing with the brakes off. No amount of R&B crooning prepared the nation for the kind of culture shock that greeted most of them when the needle hit the disc and Little Richard started howling on the family phonograph; there had simply been nothing like him before this.   read more @ allmusic.com

Walter E. “Furry” Lewis (March 6, 1893 – September 14, 1981) was an American country blues guitarist and songwriter from Memphis, Tennessee. Lewis was one of the first of the old-time blues musicians of the 1920s to be brought out of retirement, and given a new lease of recording life, by the folk blues revival of the 1960s 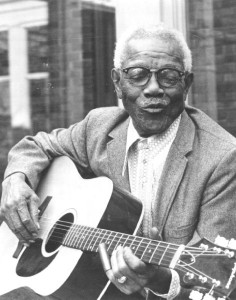 Nasir bin Olu Dara Jones (born September 14, 1973), better known by his stage name Nas, is an American rapper and actor. He is also the son of jazz musician Olu Dara. Nas has released eight consecutive platinum and multi-platinum albums since 1994, four of which topped the Billboard charts upon release and has sold over thirteen-million records in the United States alone. Nas was also part of the hip hop supergroup The Firm, which released one album under Dr. Dre’s record label Aftermath.

Amy Jade Winehouse (14 September 1983 – 23 July 2011) was an English singer and songwriter known for her powerful deep contralto vocals and her eclectic mix of musical genres including R&B, soul and jazz. Winehouse’s 2003 debut album, Frank, was critically successful in the UK and was nominated for the Mercury Prize.