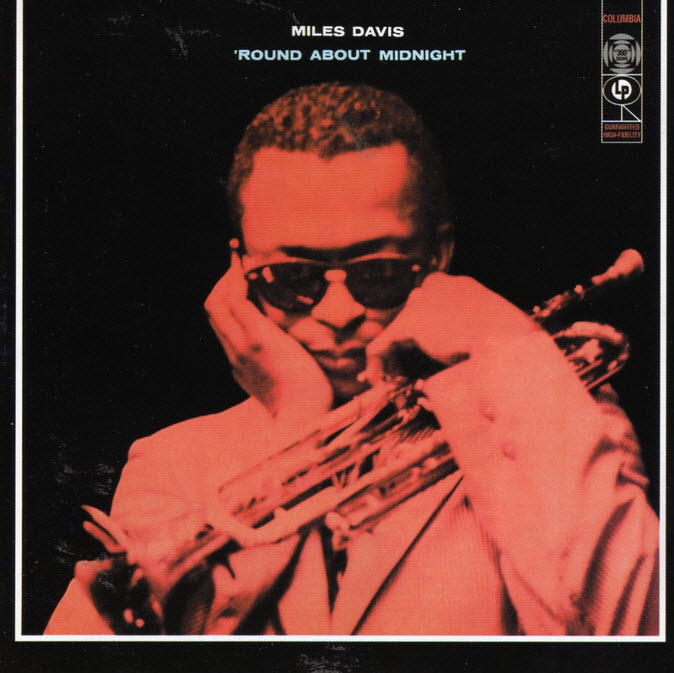 ‘Round About Midnight is an album by jazz musician Miles Davis. It was his debut on Columbia Records, and was originally released in March 1957 (CL 949). The album took its name from the Thelonious Monk song “‘Round Midnight”. Recording sessions took place at Columbia Studio D on October 26, 1955, and at Columbia’s 30th Street Studio on June 5 and September 10, 1956.

Although it had a lukewarm reception upon its release, ‘Round About Midnight has since been regarded by critics as a masterpiece of the hard bop genre and one of the greatest jazz albums of all time. On April 17, 2001, Sony reissued the album for compact disc on its Columbia/Legacy label, which featured 24-bit remastering and included bonus tracks and master takes from the initial sessions. A further two-disc reissue on June 14, 2005, was released, as part of Sony’s Legacy Edition series, which featured the 2001 reissue and a second disc containing Davis’ celebrated Newport Jazz Festival of 1955 performance of “‘Round Midnight”, along with a recording of the quintet’s set from the 1956 Pacific Jazz Festival. 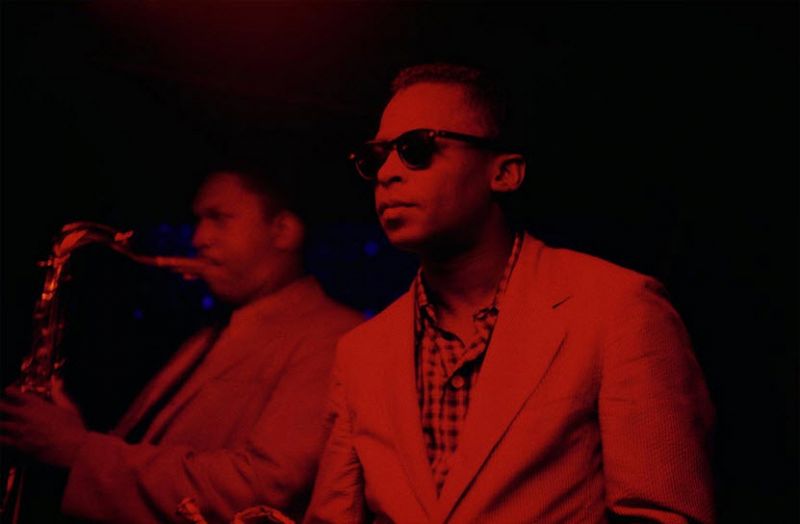 At the Newport Jazz Festival in 1955, Davis performed the song “‘Round Midnight” as part of an all-star jam session, with the song’s composer Thelonious Monk, along with Connie Kay and Percy Heath of the Modern Jazz Quartet, Zoot Sims, and Gerry Mulligan. Davis’s solo received an extremely positive reception from many jazz fans, and critics. It was viewed as a significant comeback and indication of a healthy, drug-free Miles (he had in fact been free from heroin addiction for well over a year). Miles’s response to this performance was typically laconic: “What are they talking about? I just played the way I always play.” George Avakian of Columbia Records was in the audience, and his brother Aram persuaded him that he ought to sign Davis to the label. Davis was eventually signed to Columbia Records, and was able to form his famous “first great quintet” with John Coltrane on saxophone. ‘Round About Midnight was to be his first album for his new label. 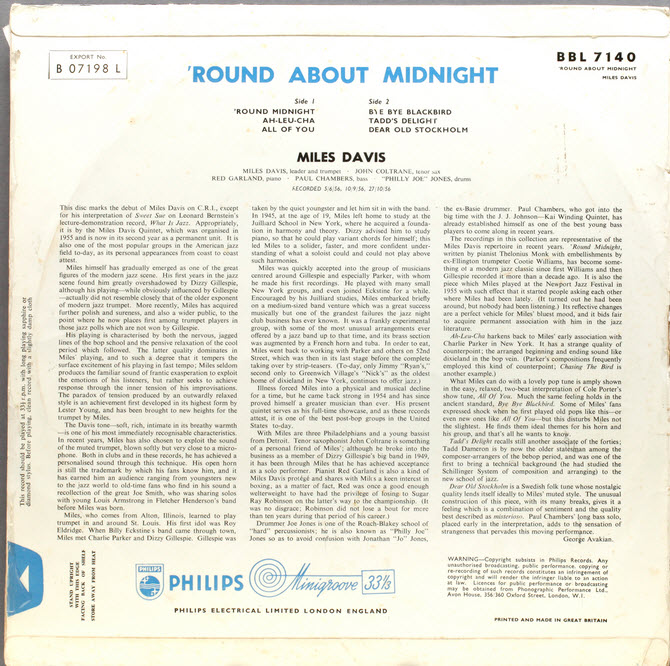 Considered by most to be one of the pinnacles of the hard bop era, the song selection on Midnight represents a summation of the earlier bebop era, with the performances tempered by Davis’ inherent lyricism but rooted in the new style as promoted by hard bop pioneers Art Blakey and Horace Silver with the Jazz Messengers, and the Max Roach/Clifford Brownquintet, in 1956 featuring ex-Davis foil Sonny Rollins. Coltrane had yet to become an iconic figure in jazz history, his presence in the Davis Quintet a let-down to many in lieu of the aforementioned Rollins. His style, while embryonically frenetic and searching, was not quite the sheets of sound approach celebrated later in the decade. In April 1957, Coltrane’sheroin use would lead to his leaving Davis and working with Monk, and under Monk’s tutelage the saxophonist’s playing style solidified considerably.