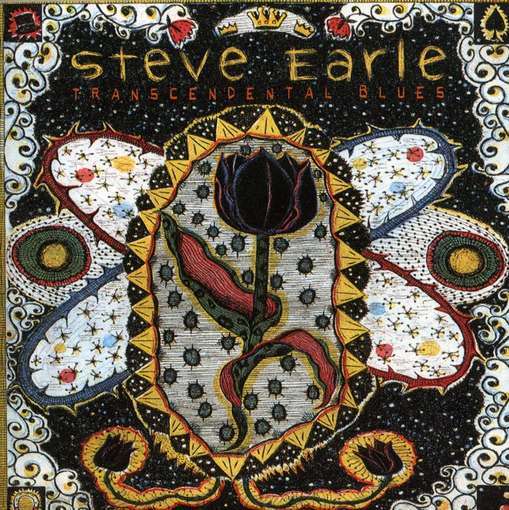 Transcendental realism: “…is a concept stemming from the philosophy of Immanuel Kant that implies individuals have a perfect understanding of the limitations of their own minds.” (-wikipedia)

Transcendental Blues:  A philosophy that implies individuals have a perfect understanding of their own sadness and the limitations of their own minds (- me)

“transcendence is about being still enough long enough to know when it’s time to move on.” (- Steve Earle, liner notes)

“…what truly makes this one of Earle’s best records is that he refuses to be pulled down by musical decisions. It’s as if he never faced a problem of whether or not to add this or that instrument, or to veer off in this or that direction. He simply had the idea and went with it.” – Ryan Kearny, Pitchfork

This is one of Earle’s albums that I play the most (together with El Corazon), it is varied and all the songs are good (some are great).  It sometimes reminds me of Johnny Cash, sometimes of the Beatles at their melancholy best.  He references Harrison’s “Indian-style” music on the first (and second) track, and old-time droning blues on this and other tracks. He dips into celtic/irish folk music and he even touches heartland rock and bluegrass. As I said it’s an eclectic mix.

Steve Earle has a keen ear for melody, and the lyrics are as always good.

And last, but not least, the fantastic song, Over Yonder (Jonathan’s song):