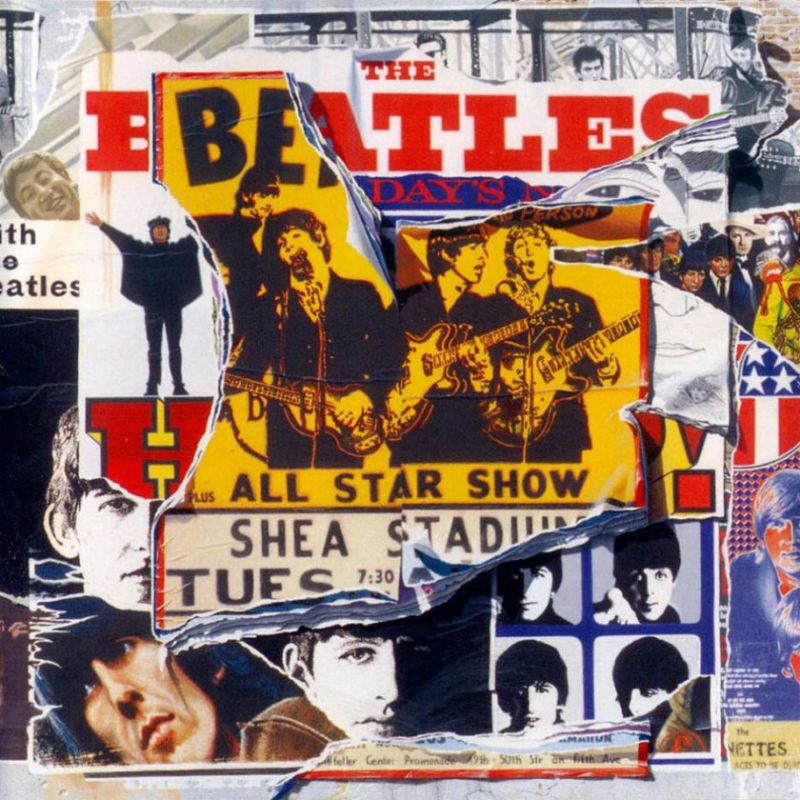 
It starts off with the second new Beatles track (the first was Free As A Bird on Anthology 1), “Real Love”, as with “Free as a Bird” again based on a demo made by John Lennon and given to Paul McCartney by Lennon’s widow, Yoko Ono. The three surviving Beatles added guitars, bass, drums, percussion, and backing vocals, but unlike with the previous song, did not re-work either lyric or music. “Real Love” remained solely credited to Lennon, becoming the only Beatle song to have Lennon by himself in the writing credit.

The remaining 44 cuts document what is arguably the Beatles’s most creative 36 months.

Disc one contains three unreleased compositions, one being an instrumental entitled “12-Bar Original” recorded for Rubber Soul but subsequently unused. Two other songs recorded forHelp!, “If You’ve Got Trouble” and “That Means a Lot”, were abandoned and never returned to again by the band. The former was originally slated to be the usual vocal spot for Ringo Starr on Help!, and the latter was eventually given to singer P.J. Proby. The version of “Everybody’s Trying to Be My Baby” from the group’s famed August 1965 show at Shea Stadium but left off the documentary appears here for the first time. “Norwegian Wood (This Bird Has Flown)” and “I’m Looking Through You” appear in early versions before they were remade in the forms known from their release on Rubber Soul.

The disc is a peak into the “song writers world” when John Lennon and Paul McCartney were at their best together.

The Beatles – I’m Looking Through You (Anthology 2 version):

Version from Anthology 2, recorded EMI studios, London, 24 October 1965. The Beatles spent 9 hours working on this, perfecting rhythm track and then overdubbing lead and harmony vocals. For 2 weeks the result was considered to be the master, until a remake was started on 6 November that added the 2 ‘why, tell me why’ choruses and caused this first version to remain unissued. 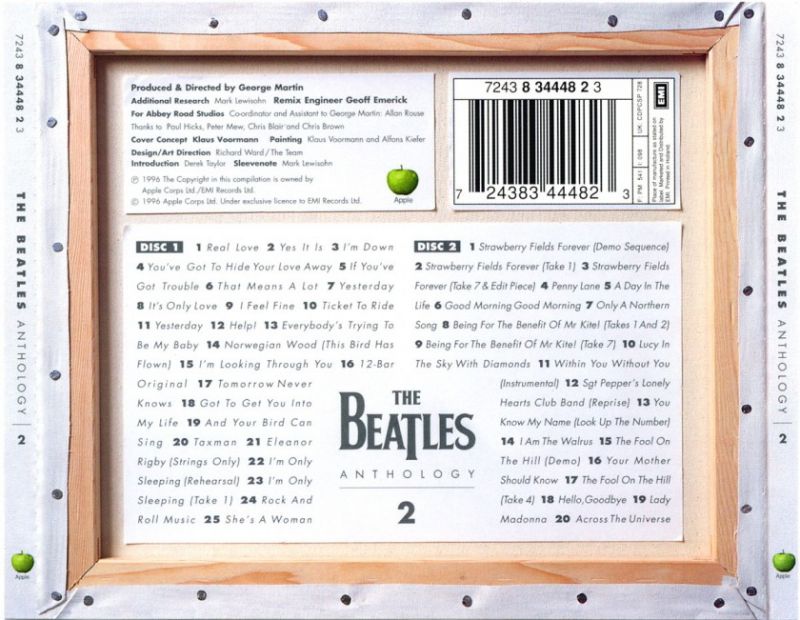 Disc two contains work-in-progress versions of tracks from Sgt. Pepper’s Lonely Hearts Club Band and Magical Mystery Tour. “Your Mother Should Know” also appears in an early version different from the known release, and tracks one and 15 are demo recordings respectively by Lennon and McCartney. The take of “Strawberry Fields Forever” that made up the first minute of the released record appears in its entirety on track three. Although recorded or started during this period, “Only a Northern Song”, “You Know My Name (Look Up the Number)” and “Across the Universe” would not see release until years later, in 1969 and 1970.

I think it is fair to say that this disc documents the beginning of Paul McCartney as the more productive songwriter and dominator of the Beatles.

The Beatles – The Fool on the hill (Anthology 2 version, demo):

The Beatles – The Fool on the hill (Anthology 2 version):

“Some of the alternate takes are extremely different and excellent performances on their own merits: the funkier version of “I’m Looking Through You” and the less mellow arrangement of “Norwegian Wood,” a wall-of-drugs reverb for “Tomorrow Never Knows,” a very Byrds-like approach to “And Your Bird Can Sing” (with giggle-laden vocals), and an acoustic demo of “Fool on the Hill.” The earlier, much more acoustic version of “Strawberry Fields Forever” is the most notable gem.”
– Richie Unterberger (Allmusic)

So let us round off with the gem, Strawberry Fields (Anthology 2 version, take 1):

Let’s include the other take as well (since we cannot include Spotify):

PS: The live tracks are wonderful as well!