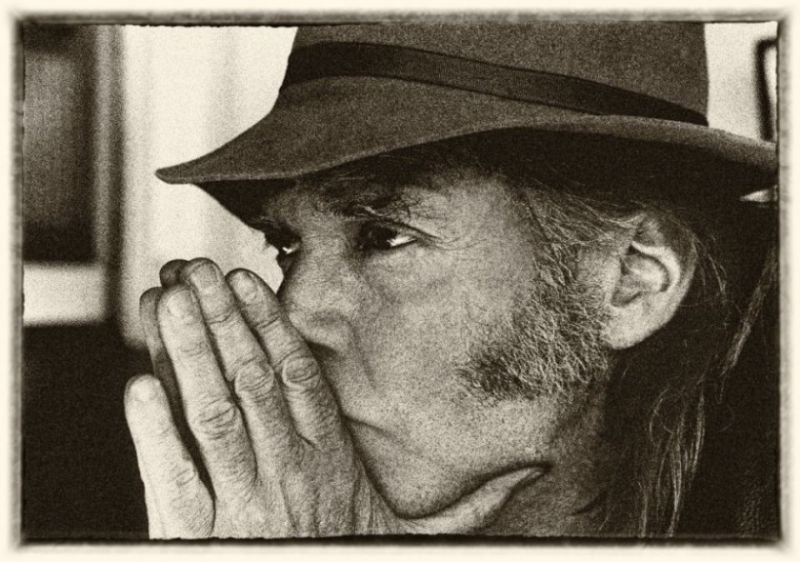 For Americana, Neil Young’s first album with the band Crazy Horse in nearly nine years, the singer-songwriter revisits classic American folk songs and delivers the tunes, which encompass familiar protest songs, murder ballads and campfire songs, with electrifying ferocity. In spite of — or perhaps because of the approach, the universal appeal of the songs is neither lost nor diminished and they retain their relevance in these challenging times.

Wikipedia says of the history of the song:

The words are those of a bereaved lover singing about his darling, the daughter of a miner in the 1849 California Gold Rush. He loses her in a drowning accident, though he consoles himself towards the end of the song with Clementine’s “little sister”.

The verse about the little sister was often left out of folk song books intended for children, presumably because it seemed morally questionable.
Another theory is that the song is from the view of Clementine’s father, and not a lover.

Gerald Brenan attributes the melody to originally being an old Spanish ballad in his book South from Granada. It was made popular by Mexican miners during the Gold Rush. It was also given various English texts. No particular source is cited to verify that the song he used to hear in the 1920s in a remote Spanish village was not an old text with new music, but Brenan states in his preface that all facts mentioned in the book have been checked reasonably well. The song is using the melody placed on Romances, in particular the one of Romance del Conde Olinos o Niño, a sad love story very popular in the Spanish folk some of which were compiled at the court of Alfonso X and others like the Cancionero de Uppsala later by the House of Trastamara.

It is unclear when, where and by whom the song was first recorded in English for others to hear.

The video for “Clementine” as for all of the clips produced for Americana  is authentic found footage, adding a unique visual element to a project steeped in America’s rich, lyrical history.

“The Americana arrangement extends the folk process using many of the original words and a new melody. The song tells the story of either a bereaved lover recalling his lost sweetheart, or a father missing his lost daughter. In both cases the daughter has drowned in an accident. The verse about Clementine’s sister has been omitted from most children’s versions. This verse has different meanings depending on whether the point of view of the singer is taken as the lover or the father.”