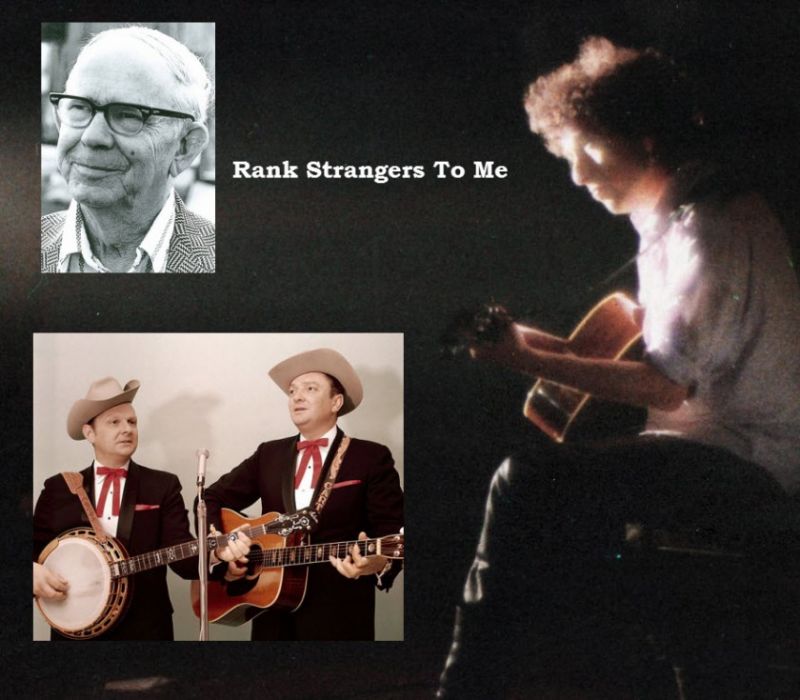 I wandered again
To my home in the mountains
Where in youth’s early dawn
I was happy and free.
I look for my friends,
But I never could find ’em.
I found they were all
Rank strangers to me.

“Rank Strangers To Me” is a song written/arranged by Albert E. Brumley. 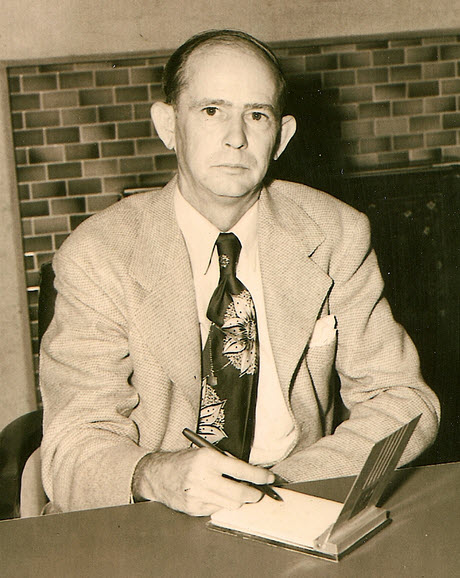 The most famous (and best) version of this song was recorded in 1960 by The Stanley Brothers, they named it “Rank Stranger” (not “Rank Strangers To Me”).

In 2008 “Rank Stranger” was chosen by The Librarian of Congress as one of the culturally-significant audio recordings to be added to their National Recording Registry for preservation.

From “The National Recording Registry“:

The Stanley Brothers, one of the premier bands of the formative days of bluegrass, always included sacred songs as a featured part of their performances. Their recording of “Rank Stranger,” written by famed gospel songwriter Albert E. Brumley Sr. and sung with reverence and simplicity in the traditional mountain style, shows why the Stanley Brothers continue to influence performers today. Carter Stanley’s masterful handling of the verses and his brother Ralph’s soaring tenor refrain produce a distinctive duet. The spare accompaniment of unamplified guitar and mandolin and the emotional call-and-response style vocals heighten the emotional anguish of the lyric.

Here it is in all it’s glory:

“Rank Strangers ” is the essence of all that made them great, Recorded in a small studio in Jacksonville, Florida, it opens with a stately guitar-mandolin duet, Carter’s voice entering to gentle the sound and then stir it up again through the mandolin trills that respond at the end of each mournful line. The harmonies – a gaggle of voices including Ralph Stanley, mandolin player Curley Lambert, and guitarist Ralph Mayo – are as ethereal as the words. Though the approach is folky, this is a true record, including a sort of false ending after the second chorus, in which the guitar picks up the melody just as it’s about to die out.
~Dave Marsh (The Heart Of Rock & Soul: The 1001 Greatest Singles Every Made)

Down in the Groove, like some other Dylan albums, ends with a grand statement [Rank Strangers To Me], a summation, a reflection on where the singer has come to at this point in his life. …
..Hearing this track, one feels one has just awakened from a particularly vivid dream, a dark and disturbing one that is also somehow an affirmation of primary human values. The sparse instrumentation and Madelyn Quebec’s subtle but evocative second vocal are a masterful setting for Dylan’s t0ur de force lead vocal..
~Paul Williams (Bob Dylan: Performing Artist Volume 3: Mind Out Of Time 1986 And Beyond

Dylan introduced the song into live sets at the Greek Theatre in Berkeley on June
10, 1988. ‘Rank Strangers To Me’ was played twice more on the “Interstate 88” tour and
a further thirteen times during 1989. The song then disappeared from Dylan’s live shows
only to make a comeback eight years later with rare outings in 1997, 1998, 1999, 2000 and
2001. The song’s most recent appearance was in Terre Haute, Indiana on November 2,
2001.
~Derek Barker (The Songs He Didn’t Write: Bob Dylan Under the Influence

They all moved a way, said a voice of a stranger
“To that bautiful home by the bright crystal sea”
Some beautiful day I’ll meet ’em in heaven
Where no one will be a stranger to me.