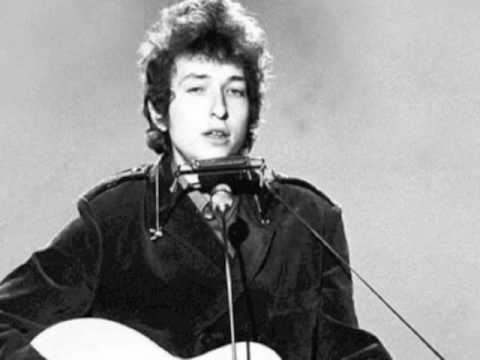 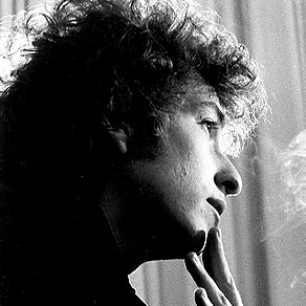 “It’s Alright, Ma (I’m Only Bleeding)” is a song written and performed by Bob Dylan and first released on his 1965 album, Bringing It All Back Home. It was written in the summer of 1964, first performed live on October 10, 1964, and recorded on January 15, 1965. Described by Dylan biographer Howard Sounes as a “grim masterpiece,” the song features some of Dylan’s most memorable lyrical images. Among the well-known lines sung in the song are “Money doesn’t talk, it swears,” “Although the masters make the rules, for the wisemen and the fools” and “But even the president of the United States sometimes must have to stand naked.” The lyrics express Dylan’s anger at hypocrisy, commercialism, consumerism, warmongers and contemporary American culture, but unlike his earlier protest songs, “It’s Alright, Ma (I’m Only Bleeding)” does not express optimism in the possibility of political solutions.

Live in Leicester. From the 1965 tour of England:

Clinton Heylin, in his biography Bob Dylan: Behind the Shades Revisited, wrote that the recording “opened up a whole new genre of finger-pointing song, not just for Dylan but for the entire panoply of pop.” To this, Heylin adds that “It’s Alright, Ma” probably contained more “memorable aphorisms” than any of Dylan’s songs. One of these lines is “he not busy being born is busy dying,” from the song’s second verse, which was used by Jimmy Carter in his Presidential nomination acceptance speech at the 1976 Democratic National Convention. During his campaign for President in 2000, Al Gore told talk show host Oprah Winfrey that this was his favorite quotation.  Writer and journalist Christopher Hitchens quoted from the song’s lyrics in his last article for Vanity Fair, written shortly before his death from esophageal cancer. Hitchens posted at the top of his essay the verse of “It’s Alright Ma” that ends with the words “That he who is not busy being born is busy dying”. 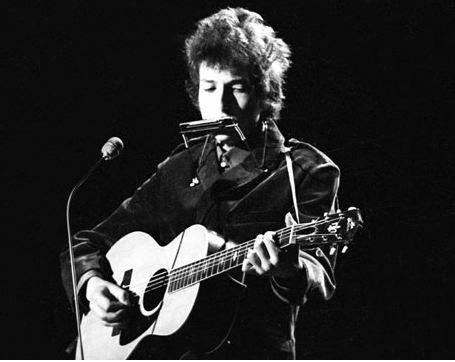 Another memorable line is “Money doesn’t talk, it swears,” which appears in The Oxford Dictionary of Quotations. In addition, the Columbia Dictionary of Quotations lists this as well as three other lines from the song: “Although the masters make the rules, for the wisemen and the fools,” “But even the president of the United States sometimes must have to stand naked” and “Everything from toy guns that spark to flesh-colored Christs that glow in the dark, it’s easy to see without looking too far that not much is really sacred.” Other well-known lines include “Propaganda, all is phony” and “Advertising signs they con you into thinking you’re the one.”

From the 30th anniversary concert:

In a 2005 reader’s poll reported in Mojo magazine, “It’s Alright, Ma (I’m Only Bleeding)” was listed as the #8 all-time greatest Bob Dylan song, and a similar poll of artists ranked the song at #21.  In 2002, Uncut magazine listed it as the #5 all-time Dylan song. The song was featured inthe final episode of The Sopranos. It has also been referenced by other songwriters. For instance, the indie-rocker Stephen Malkmus quotes “It’s Alright Ma (I’m Only Bleeding)” at the end of his song “Jo-Jo’s Jacket” from Malkmus’ debut solo album.

From the Oakland show of Dylan and The Band’s 1974 world tour:

From The Rundown Rehearsal Tapes recorded in 1978: