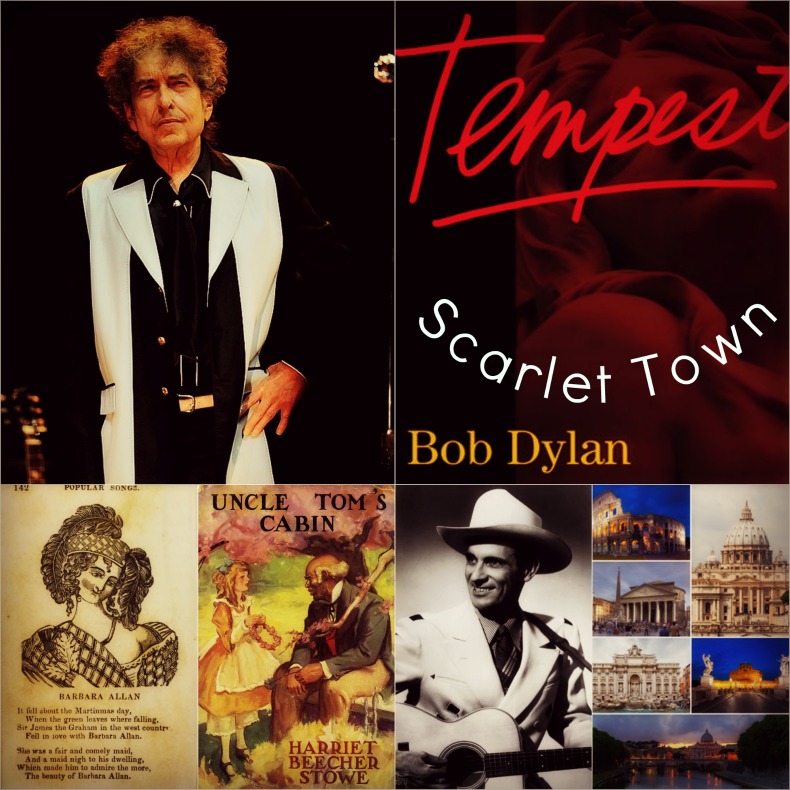 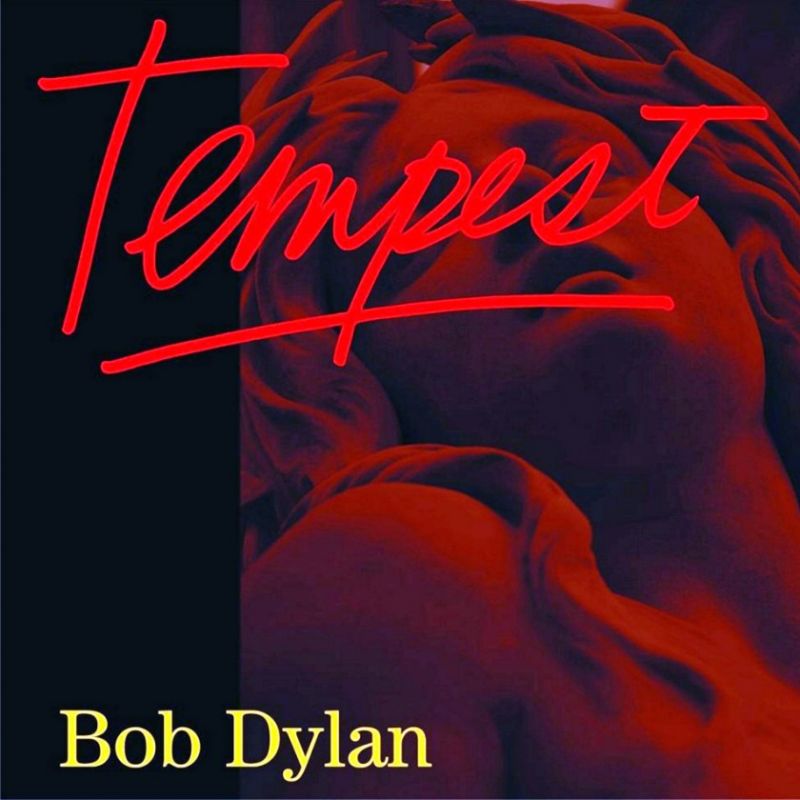 Release on Tempest, his 35th studio album on September 10, 2012 by Columbia Records.

Scarlet Town is indeed, as Dylan said of the album at large, a place “where anything goes.” His 1962 “Barbara Allen” had begun “In Charlotte Town, not far from here,” clearly heard in the opening of the new song—“In Scarlet Town where I was born,” but it has other company, now from the unreleased song of 1963, “Goin’ back to Rome / That’s where I was born.” Beyond this particular echo, we encounter a literary and cultural pastiche that forms the world of this song. Here “the streets [of Rome?] have names that you can’t pronounce.” “In Scarlet Town you fight your father’s foes / Up on the hill a chilly wind blows,” where the hill in this context resembles the one in “When I Paint My Masterpiece,” the Capitoline Hill, one of the Seven Hills of Rome, which may lie behind another of the images in the song: “The Seven Wonders of the World are here.” The father is most easily Julius Caesar, whose foes were fought and defeated by his adoptive son, the future emperor Augustus. As Dylan said in the same interview after the album came out:

Transfigured into this song perhaps, now dead as his son fights his father’s foes? One verse of the song, the sixth, points in its entirety to Rome and adds a new ingredient, that of Christians under Rome or in Rome: On marble slabs and in fields of stone You make your humble wishes known I touched the garment but the hem was torn. In Scarlet Town where I was born “Marble slabs and in fields of stone” has an ancient world feel to it, perhaps the Roman Forum, while the next lines point toward biblical lands and to the woman in the Gospel of Luke 8.43–48 who makes her humble wishes known by touching the hem of Jesus’s garment as Jesus passes by, and is immediately cured of her chronic bleeding.

The music starts and the people sway
Everybody says, are you going my way?
Uncle Tom still working for Uncle Bill
Scarlet town is under the hill

Scarlet Town in the month of May
Sweet William on his deathbed lay
Mistress Mary by the side of the bed
Kissing his face, heaping prayers on his head

So brave, so true, so gentle is he
I’ll weep for him as he’d weep for me
Little Boy Blue come blow your horn
In Scarlet Town where I was born

Set ‘em up Joe, play Walking The Floor
Play it for my flat chested junky whore
I’m staying up late and I’m making amends
While the smile of heaven descends

If love is a sin than beauty is a crime
All things are beautiful in their time
The black and the white, the yellow and the brown
It’s all right there for ya in Scarlet Town

There are an overwhelming amount of live versions available on youtube, soundcloud etc.. here are 5 of them.