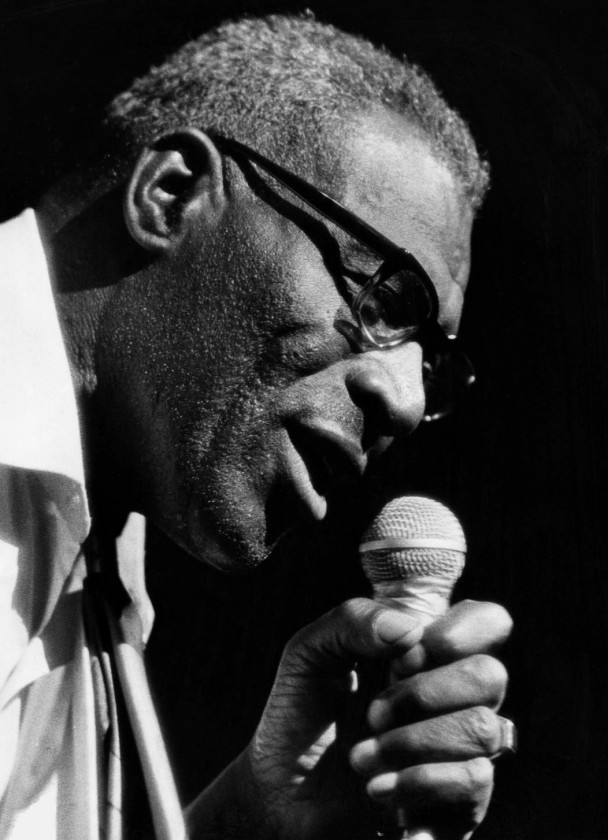 With a booming voice and looming physical presence, Burnett is commonly ranked among the leading performers in electric blues; musician and critic Cub Koda declared, “no one could match Howlin’ Wolf for the singular ability to rock the house down to the foundation while simultaneously scaring its patrons out of its wits.” A number of songs written or popularized by Burnett—such as “Smokestack Lightnin'”, “Back Door Man”, “Killing Floor” and “Spoonful”—have become blues and blues rock standards.

“A Robert Johnson may have possessed more lyrical insight, a Muddy Waters more dignity, and a B.B. King certainly more technical expertise, but no one could match him for the singular ability to rock the house down to the foundation while simultaneously scaring its patrons out of its wits.”

“And he used to put on such a show. He would get down on the floor, crawl like a wolf and sing in that voice: “I’m a tail dragger.” He would do this boogie-woogie thing, around and around — like the kids used to do with the hula hoops, where you had to go around and around at your waist, to keep the hoop going. That was the kind of shit he was doing. I’d see that and think, “Man, there goes the Wolf.“”

Album of the day @ JV, The Howlin’ Wolf Anthology: