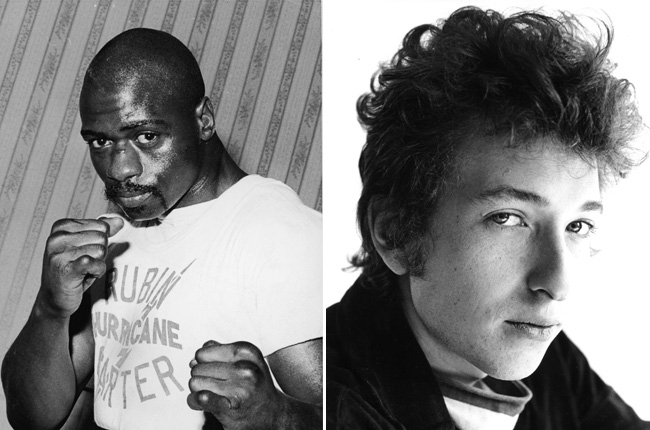 Bob Dylan has written many songs about real historic persons. This must have been a natural progression for him, coming from the folk tradition where murder ballads and songs about true events are very common. The “problem” is that sometimes Dylan invents his persons and it is really hard to tell reality from fiction.

Hurricane – Bob Dylan, one of his most famous songs about a historic person:
Bob Dylan sang about the wrongfully jailed middleweight boxer Rubin “Hurricane” Carter, and the memorable protest song has endured as one of Dylan’s classics. The Hurricane’s conviction was overturned nearly 20 years into his sentence (1985). Carter died in 2014.

Dylan have been inspired by people in the news, in songs or in history books. He has also surrounded himself with people who became his muses, so to speak. All this did resulted in some of the best songs committed to tape.

My favourite is Blind Willie McTell, maybe not so much a song about the person as a greatly inspired song from the same themes that the blues-man wrote/sang about.

“One of Dylan’s greatest songs almost never saw the light of day. “I don’t think I recorded it right,” he told Rolling Stone in 1984, a few months after discarding the tune during the Infidels sessions. But “Blind Willie McTell” was widely bootlegged, and fans loved it – so Dylan eventually gave in and released it with the first volumes of the Bootleg Series in 1991. He’s played it fairly often in concert since then, using an arrangement that seems to draw on the Band’s 1993 cover version.”
– Rolling Stone Magazine

Her is my list, please add to it in the comment section. I’m sure I’ve missed some.