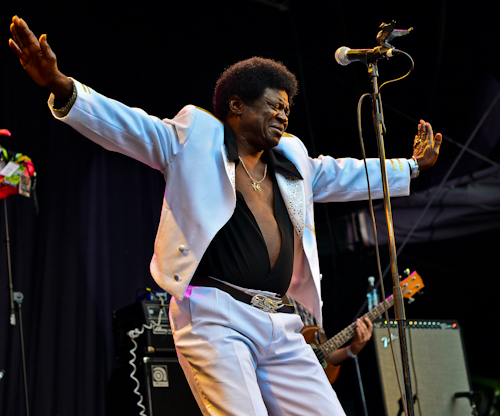 Charles Bradley made a huge impression on us in 2012. We saw him in concert three times, all tremendous shows. We also got to meet him in person two times. We had a little chat with him and we got a hug after his concert at  Oyafestival in Oslo (Paste Magazine rated it among the 10 best festival moments in 2012). The best thing however was when we met Mr. Charles Bradley at Bergenfest.

The Press guys at Bergenfest called us just an hour before the meet, and said that we could get an interview with Charles Bradley if we were interested. We were thrilled!

We (JV) met in a hotel lobby close to the Bergenfest area, Charles Bradley (CB)  had just arrived in Bergen, he was a bit tired, but very friendly and open.

We are not experienced journalists, we are fans and the talk we had, kind of reflects that, Charles Bradley talked most of the time and we listened to this fantastic soul singer telling his story.

JV: It’s an honor to meet you Mr. Bradley.

CB: Sorry to keep you guys waiting, we just arrived two hours ago and needed some time to freshen up. We had to jump in a car and drive real fast to get here to you. Just had to get myself a bit together before I met you.

We introduced ourselves and explained that we write for Johannasvisions.

JV: We started The Johanna’s Visions web site 6 months ago, we love music, especially American roots music, soul, jazz, folk, blues and rock’n roll. We’ve had a deep passion for this music most of our life. We are getting quite a lot of visits on the web site. 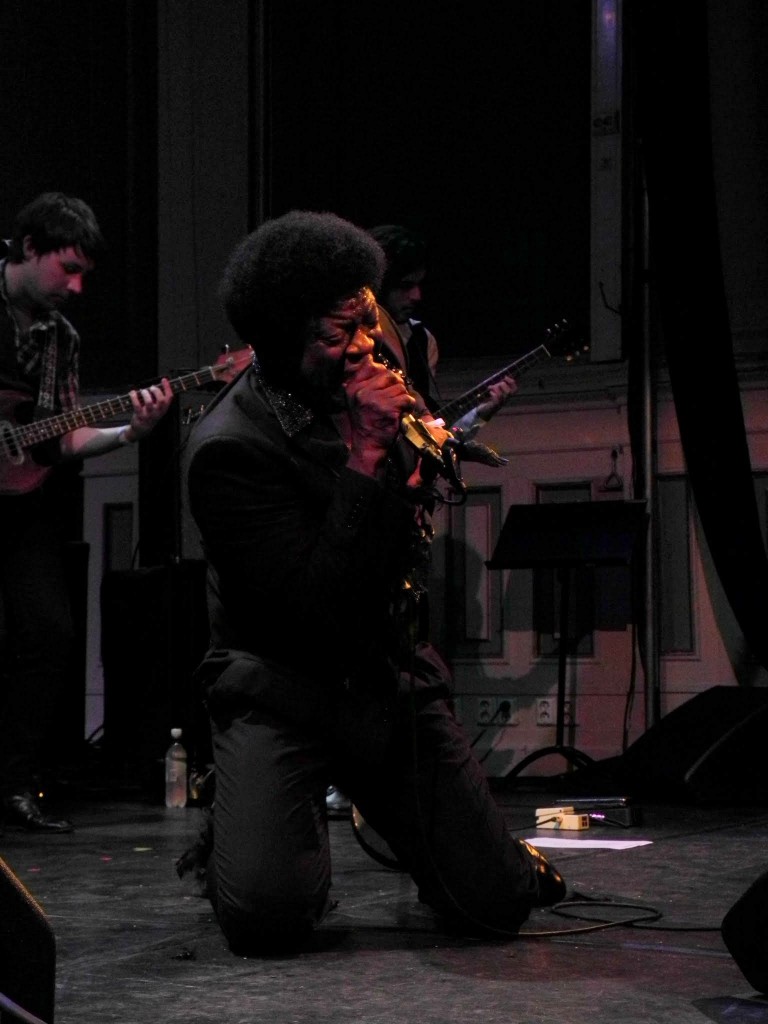 CB: Well I can tell you some stories that I don’t think you’ve heard before.
I can say, I’m 63 years old, I’ve been back as far as the segregation days when you couldn’t say what was on your mind. You had to run to a baptist church just to let it all out, and it was all soulful hurt and pain put in to music.

JV: You have been on tour for some time now and you said you could tell us some stories…

JV: …do you see any differences from Europe and USA?

CB: Europe, oh yes! In Europe I have been treated more fairly, more honestly, people show me more love. Now that I’ve been coming over to European countries and playing shows I get a lot of respect. It is hard to see that, you have to get out of you country and then come back to get some kind of respect.

JV: It is a terrible thing, but it is nice that you are treated so well over here.

CB: Yes, but I gotta say, oh my God, your country keeps me in tears of joy, not of hurt, of joy, the love that I’ve received from people, and I say this from the depth of my heart.

JV: This is the same story the Stax artists told in the 60s, but it is a long time ago, surely it must be different now?

CB: I will say, America is more hush, hush, the roles that they play, you can see it and you know they do it, now it’s more quiet but they still do it.

JV…the same with the smiles, when people smile at you.

CB: Yeah. That’s what it’s about, man. It is that, do you understand what I’m saying. 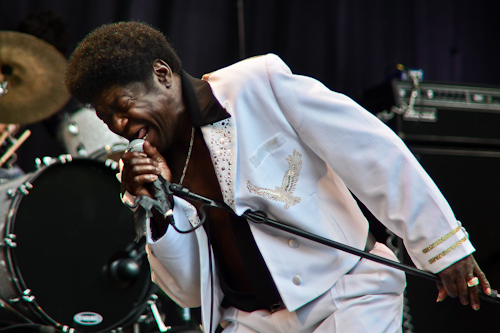 JV: You are going to play two concerts here in Bergen, we’re seeing both. Plus, we are going to see you in Oslo in August, how do you compare the large stage festival shows to the smaller venues in clubs?

CB: You know, it’s like, me, the audience, compassion, we all hug, cry together, the love is infinite. Oh man, i think I’m on a mission, I think I’m out to do something good, because with all the trials and tribulations I’ve been through…

…and now when I meet all the people that open their hearts to me, it talks to me. A man, last night, he said,”Charles, man, I’m 52 years old, and you just made my day” (laughter), “you made me realize that there is still hope for me!” Isn’t that incredible? I just broke down and cried!

I say, My God! That is what makes me want to keep my heart and be clean, the way I just can tell them. Show them.

Like, this one kid, this was over in Canada. He came over to us and he told me about himself, and he said, “I wanna talk to Charles Bradley”.

So they said to him, “We’re gonna talk to Charles Bradley to see if he can talk to you”. They told me about this 18 year old kid and I said yes, get him on stage, he was standing right by the stage.

What am I gonna say to this kid? God, give me something to say to him. And then I remembered back to when I was a kid, when this… this baby only about six months. It was in a crib and he died. I remembered that someone told me that when a baby dies young, they only came into our world to give something great to us, and then the child would leave. God said your work is done. So I said, ” Son, your mother was 51 years old, she brought a beautiful boy into this world, and she put all the love that she knew inside that boy”, “and that was you!” “What she gave you, you take it out into this world”.

JV: We can understand why he came to you, because your own story is so inspirational 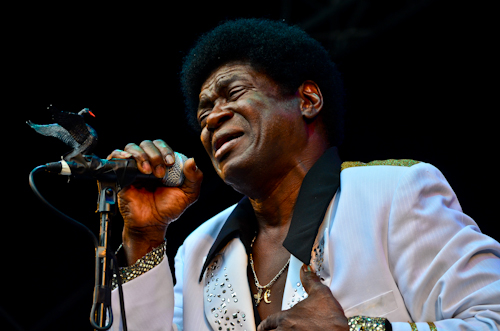