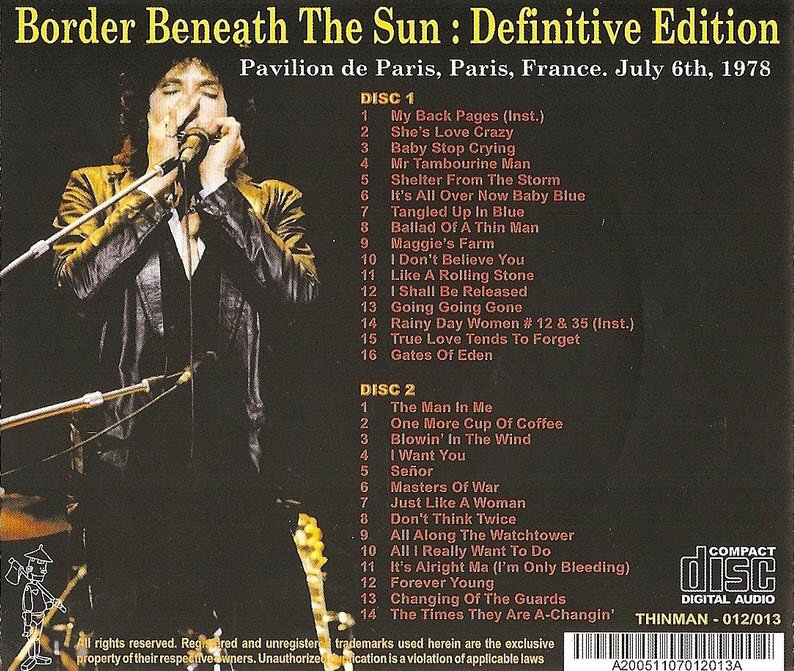 An incredible audience recording of a powerhouse performance.
~bobsboots.com

END_OF_DOCUMENT_TOKEN_TO_BE_REPLACED 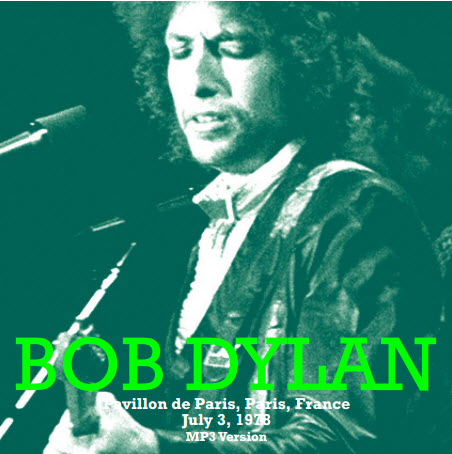 Dylan returns to Paris 12 years after his legendary Olympia concert, and this time no guitars are out of tune! At the soundcheck, Dylan and the band run through “Something There Is about You,” “True Love Tends to Forget,” “Knockin’ on Heaven’s Door,” an old blues tune (probably called “Fix It Ma”), and “To Ramona.” For the show, Dylan replaces the two opening songs of the second half (“One of Us Must Know” and “You’re a Big Girl Now”) with “True Love Tends to Forget” and the rewrite of “The Man in Me” performed on the Far East leg. Between these comes an acoustic song, “It Ain’t Me, Babe.” As with the English press, the reception by the French media is
enthusiastic.
~Clinton Heylin (Bob Dylan: A Life in Stolen Moments Day by Day 1941-1995