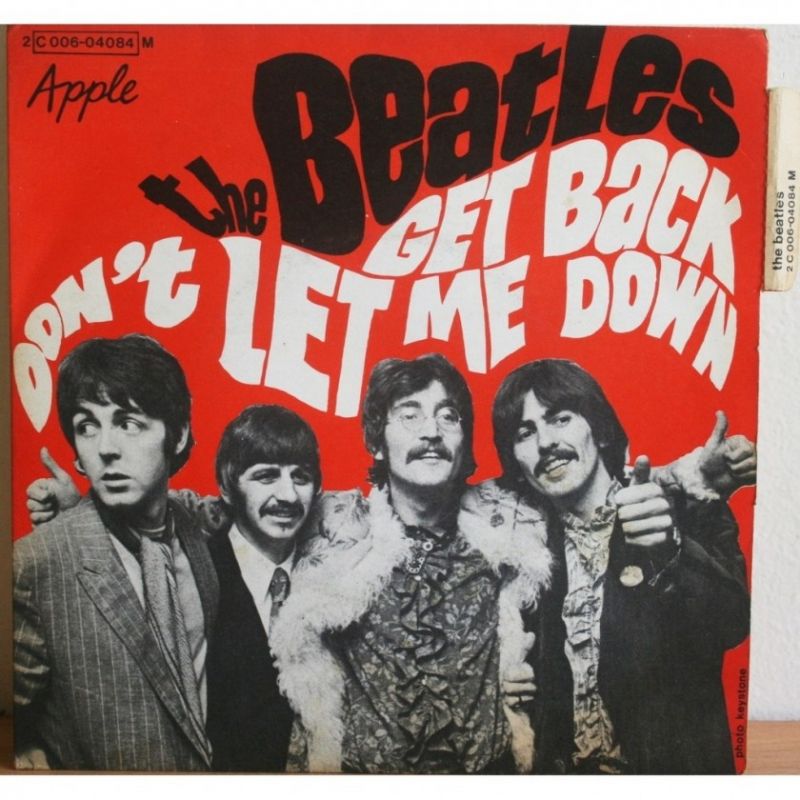 “Get Back is Paul. That’s a better version of Lady Madonna. You know, a potboiler rewrite.”
– John Lennon (1980)

The song was credited to The Beatles and Billy Preston. It was The Beatles’ only single that credited another artist.

“Get Back” is a song recorded by the Beatles, originally released as a single on 11 April 1969. A different mix of the song later became the closing track of Let It Be (1970), which was the Beatles’ last album released just after the group split. The single version was later issued on CD on the second disc of the Past Masters compilation.

The single reached number one in the United Kingdom, the United States, Ireland, Canada, New Zealand, Australia, France, West Germany, and Mexico. It was the Beatles’ only single that credited another artist at their request. “Get Back” was the Beatles’ first single release in true stereo in the US. In the UK, the Beatles’ singles remained monaural until the following release, “The Ballad of John and Yoko”.

“By the time sessions reached Apple the lyric had changed and the title… well, Paul had his own ideas in that direction. George Martin, over the talkback: ‘What are you calling this, Paul?’ Paul: ‘Shit. Shit, take one.'”
– Mark Lewisohn (The Complete Beatles Recording Sessions)

The Beatles – Get Back (live, The Rooftop concert):

“I think there’s some underlying thing about Yoko in there. You know, ‘Get back to where you once belonged.’ Every time he sang the line in the studio, he’d look at Yoko. Maybe he’ll say I’m paranoid. You know, he can say, ‘I’m a normal family man, those two are freaks.’ That’ll leave him a chance to say that one.”
– John Lennon (1980) 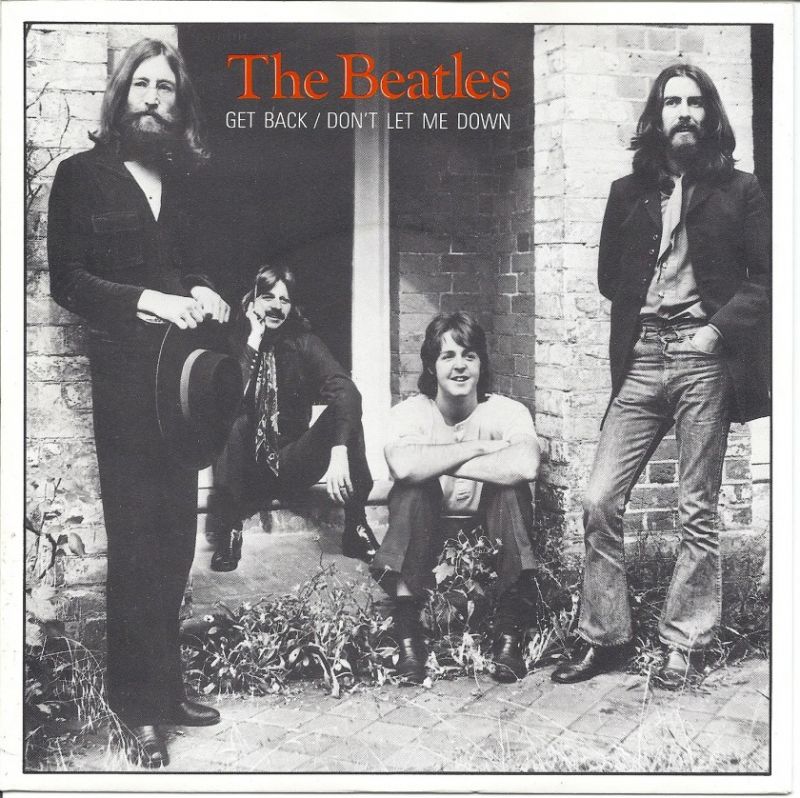 The Beatles – Get Back (single version):

..the single version of Get Back showcases The Beatles in smoothly grooving R&B mode, McCartney tossing off the lyric between infectious solos by Lennon and Preston. Deploying fewer chords than any Beatles single since Love Me Do, its blend of grace, punch, and daftness charmed record buyers enough to shift four million copies worldwide.
~Ian MacDonald (Revolution in the Head: The Beatles’ Records and the Sixties)

high-heel shoes / And her low-necksweater / Get back home, Loretta.” This does not appear on the album version.

The Beatles – Get Back (Anthology 3, the third Rooftop take) with Paul saying:  “You’ve been playing on the roofs again, and that’s no good, and you know your Mummy doesn’t like that… she gets angry… she’s gonna have you arrested! Get back!”:

George Harrison on Billy Preston’s involvement (Anthology):
“He came in while we were down in the basement, running through Get Back, and I went up to reception and said, ‘Come in and play on this because they’re all acting strange’. He was all excited. I knew the others loved Billy anyway, and it was like a breath of fresh air. It’s interesting to see how nicely people behave when you bring a guest in, because they don’t really want everybody to know that they’re so bitchy… He got on the electric piano, and straight away there was 100% improvement in the vibe in the room. Having this fifth person was just enough to cut the ice that we’d created among ourselves.”

The Beatles – Get Back (Let it be version):


“don’t dig no Pakistanis taking all the people’s jobs.”

When McCartney was “toying” with the lyrics to Get Back, he satirized the “Rivers of Blood speech” by Enoch Powell into a jam (it has become known as the Commonwealth Song.) The lyrics included a line “You’d better get back to your Commonwealth homes.” It had no melodic resemblance to Get Back, but it gives insight into the thinking behind the song’s lyrics.

“When we were doing Let It Be, there were a couple of verses to Get Back which were actually not racist at all – they were anti-racist. There were a lot of stories in the newspapers then about Pakistanis crowding out flats – you know, living 16 to a room or whatever. So in one of the verses of Get Back, which we were making up on the set of Let It Be, one of the outtakes has something about ‘too many Pakistanis living in a council flat’ – that’s the line. Which to me was actually talking out against overcrowding for Pakistanis… If there was any group that was not racist, it was the Beatles. I mean, all our favourite people were always black. We were kind of the first people to open international eyes, in a way, to Motown.”
– Paul McCartney (Rolling Stone magazine, 1986)

The Beatles – Get Back (No Pakistani version): 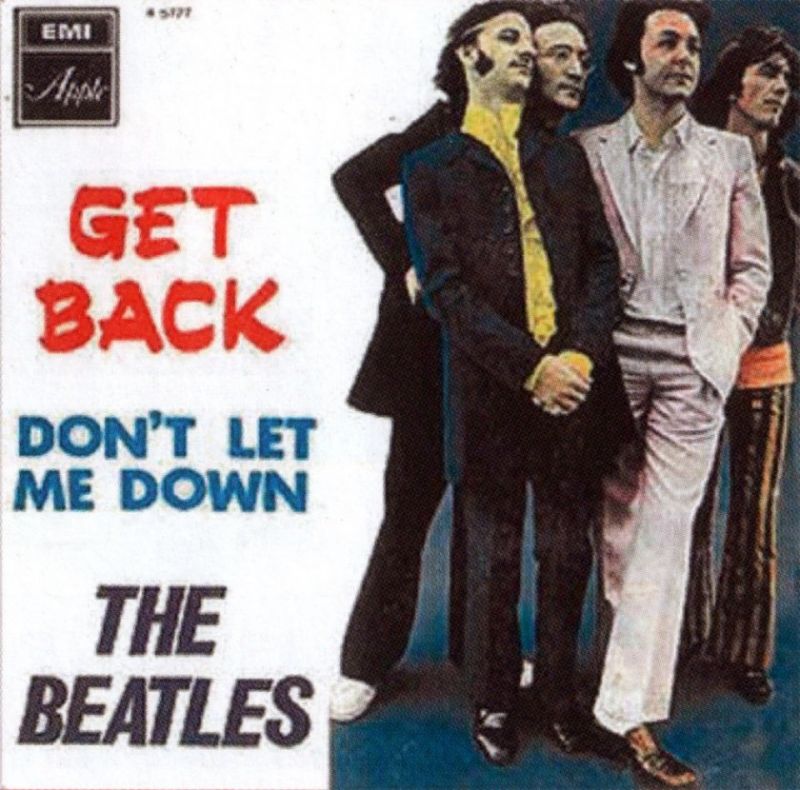 The Beatles – Get Back (Let it Be Naked version):

In 2003, “Get Back” was re-released on the Let It Be… Naked album, remixed by independent producers with the sanction of the surviving ex-Beatles Paul McCartney and Ringo Starr, with John Lennon’s and George Harrison’s widows. The “naked” version of “Get Back” is ostensibly a cleaned up version of the single version albeit much shorter as there is a fade immediately before the final “whoo” and coda.

The Beatles – Get Back (John on Vocals, bootleg), with a great guitar solo also:

The Beatles – Get Back (Love version):

The Beatles – Get Back (“The Underwater version” bootleg):

Get Back lyrics (Let it Be version):

Jojo was a man who thought he was a loner
But he knew it couldn’t last.
Jojo left his home in Tucson, Arizona
For some California grass.

Your mother’s waiting for you
Wearing her high-heel shoes
And her low-neck sweater
Get back Loretta,
Get back, get back to where you once belonged