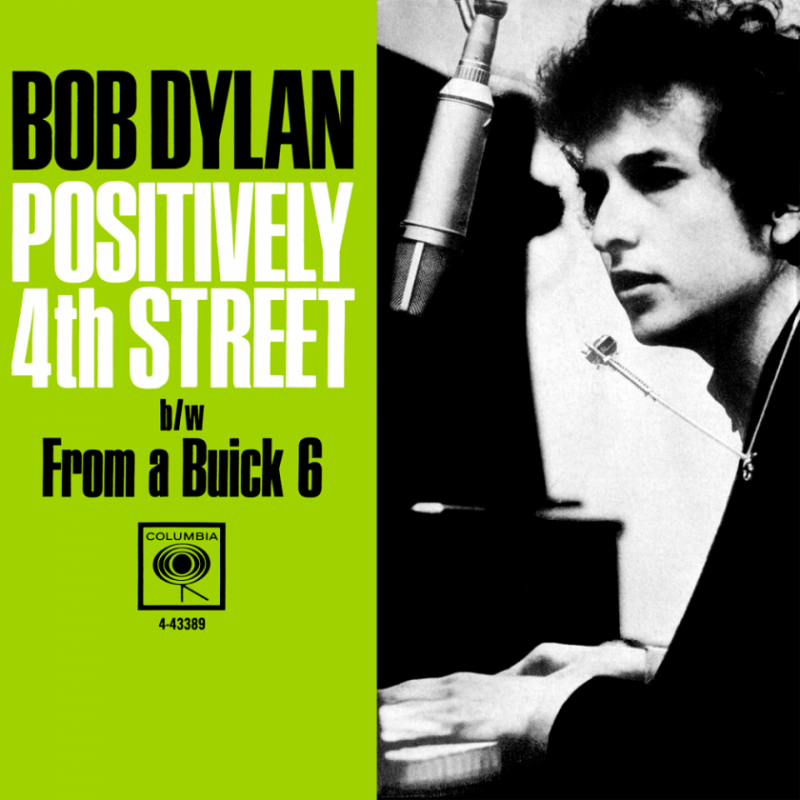 … I was gonna put Positively 4th Street on the other side, but, uh… I didn’t figure anybody could understand it so…
~Bob Dylan (Bob Fass/WBAI Interview, 26 Jan 1966)

Outside of a song like Positively 4th Street, which is extremely one-dimensional, which I like, I don’t usually purge myself by writing anything about any type of quote, so-called,
relationships. I don’t have the kinds of relationships that are built on any kind of false pretense, not to say that I haven’t.
~Bob Dylan (Scott Cohen, Sept 1985)

This masterpiece would have fitted nicely on “Highway 61 Revisited”.. where it did belong. 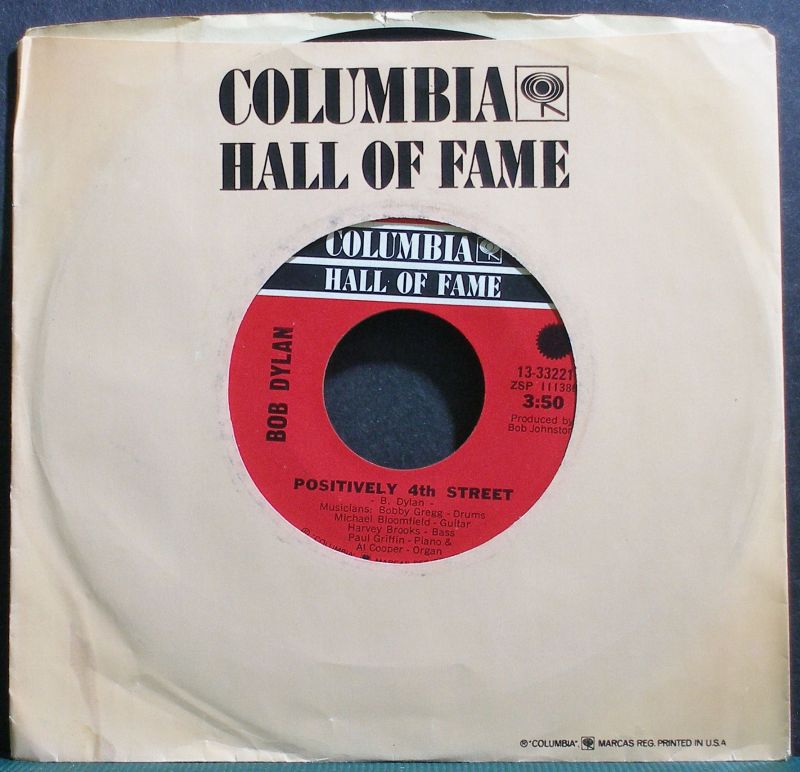 “Positively 4th Street” is a song written and performed by Bob Dylan, first recorded by Dylan in New York City on July 29, 1965. It was released as a single by Columbia Records on September 7, 1965, reaching #1 on Canada’s RPM chart, #7 on the U.S. Billboard Hot 100, and #8 on the UK Singles Chart. Rolling Stone magazine ranked the song as #206 in their 500 Greatest Songs of All Time list.

The song was released between the albums Highway 61 Revisited and Blonde On Blonde, as the follow-up to Dylan’s hit single “Like a Rolling Stone”, but wasn’t included on either LP. The song’s title does not appear anywhere in the lyrics and there has been much debate over the years as to the significance or what individual the song concerns. Dylan once lived on 4th Street in Manhattan.

..but no imitator has ever captured that wash of organ, those stabbing guitars – or the trickle of venom that lubricates Dylan’s throat, turning what might have been merely nasty in other hands, into something brilliantly poisonous.
-Dave Marsh (The Heart of Rock & Soul)

The master take of “Positively 4th Street” was recorded on July 29, 1965, during the mid-June to early August recording sessions that produced all of the material that appeared on Dylan’s 1965 album, Highway 61 Revisited. The song was the last to be attempted that day, with Dylan and a variety of session musicians having already successfully recorded master takes of “It Takes a Lot to Laugh, It Takes a Train to Cry” and “Tombstone Blues”. The studio band on “Positively 4th Street” featured Robert Gregg (drums), Harvey Brooks (bass), Frank Owens or Paul Griffin (piano), Al Kooper (organ) and Mike Bloomfield (guitar), with the song initially being logged on the studio’s official recording session documentation under the working title of “Black Dalli Rue”. 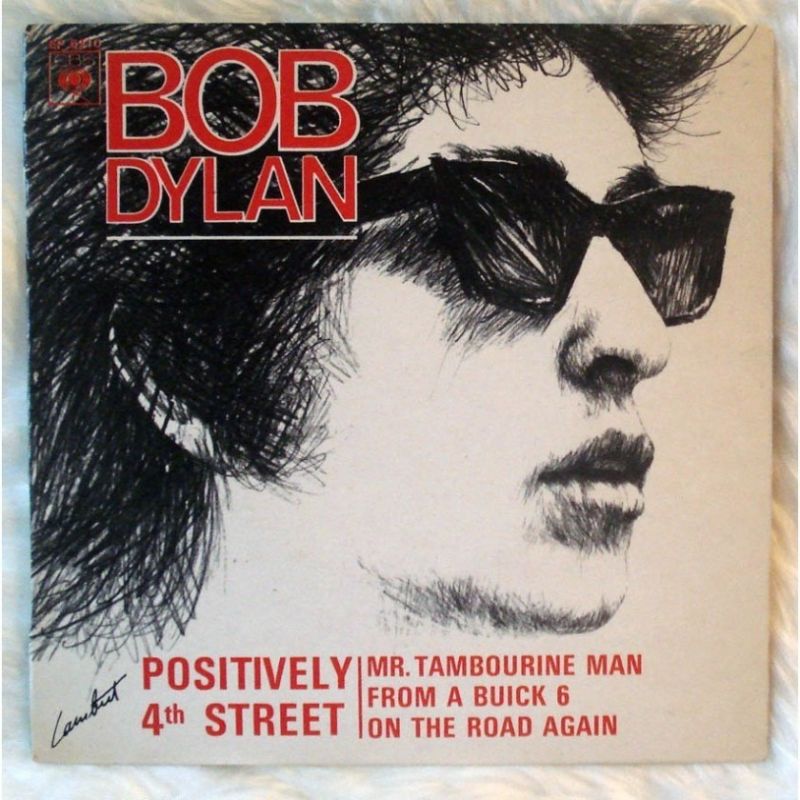 Inspiration and the significance of 4th Street

There is uncertainty about exactly which “4th Street” the title refers to, with many scholars and fans speculating it refers to more than one. New York City’s 4th Street is at the heart of the Manhattan residential district Greenwich Village, where Dylan once lived. This area was central to the burgeoning folk music scene of the early 1960s, which centered around Dylan and many other influential singer-songwriters. For example, Gerde’s Folk City was originally located at 11 West 4th Street. However, the song also may concern Dylan’s stay at the University of Minnesota in Minneapolis, where 4th Street S.E. is one of the two main roads crossing through the part of campus known as Dinkytown, where Dylan lived and performed.

The song is generally assumed to ridicule Greenwich Village residents who criticized Dylan for his departure from traditional folk styles towards the electric guitar and rock music. Many of the Greenwich Village folk crowd, who had been good friends of Dylan’s, took offense and assumed that the song carried personal references. Noted Village figure Izzy Young, who ran the Folklore Center, had this to say of the accusation:

“At least five hundred came into my place [the Folklore Center]… and asked if it was about me. I don’t know if it was, but it was unfair. I’m in the Village twenty-five years now. I was one of the representatives of the Village, there is such a thing as the Village. Dave Van Ronk was still in the Village. Dylan comes in and takes from us, uses my resources, then he leaves and he gets bitter. He writes a bitter song. He was the one who left.” 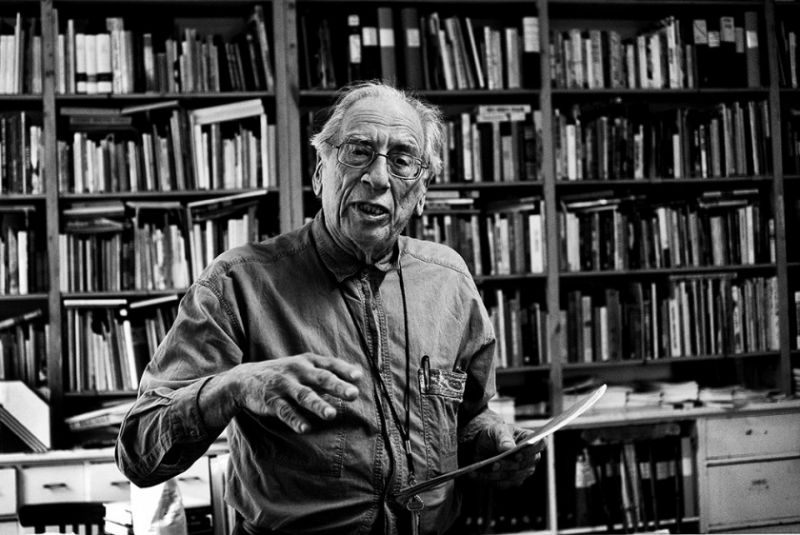 You see me on the street
You always act surprised
You say, “How are you?” “Good luck”
But you don’t mean it

No, I do not feel that good
When I see the heartbreaks you embrace
If I was a master thief
Perhaps I’d rob them

Yes, I wish that for just one time
You could stand inside my shoes
You’d know what a drag it is
To see you