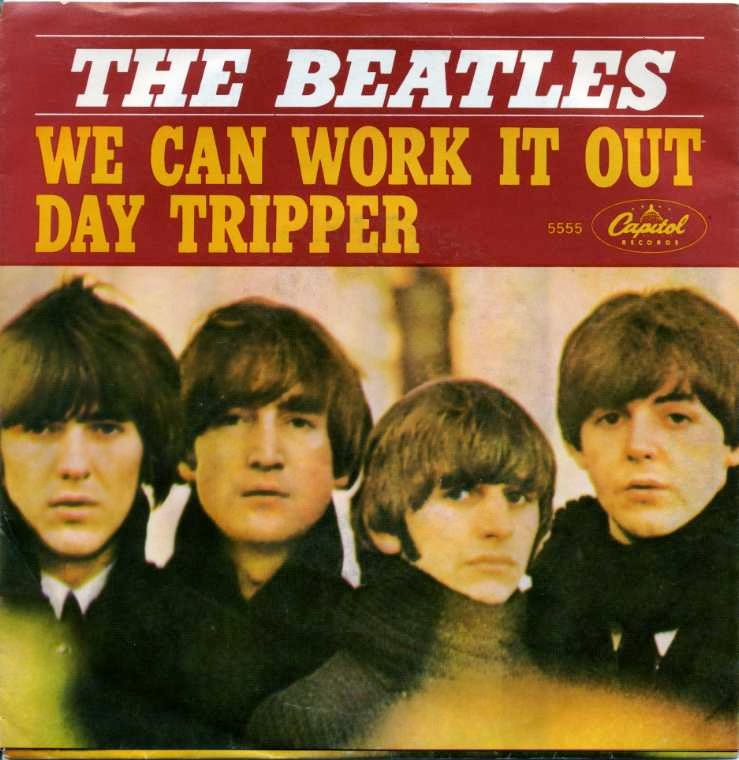 The song is an example of Lennon–McCartney collaboration at a depth that happened only rarely after they wrote the hit singles of 1963. This song, “A Day in the Life”, “Baby, You’re a Rich Man” and “I’ve Got a Feeling”, are among the notable exceptions

The Beatles – We Can Work It Out:

The Beatles made 10 black-and-white promo films for TV broadcasters on 23 November 1965, as they were often unable to make personal appearances by that time. Three of the films were mimed performances of “We Can Work It Out“, in all of which Lennon was seated at a harmonium. The most frequently-broadcast of the three versions was a straightforward performance piece with the group wearing black suits.:

Produced with restraint despite the twelve hours spent on it. WE CAN WORK IT OUT was an understandable favourite of its authors, who met more closely in a single song only in their masterpiece A DAY IN THE LIFE. It was an inevitable No. 1 on both sides of the Atlantic, becoming The Beatles’ fastest-selling single since CAN’T BUY ME LOVE, …. Lennon must have sensed that his era of dominance over the band’s output,…. was over. From now on, his partner would be in the ascendant not only as a songwriter, but also as instrumentalist, arranger, producer, and de facto musical director of The Beatles.
~Ian MacDonald (Revolution in the Head: The Beatles’ Records and the Sixties