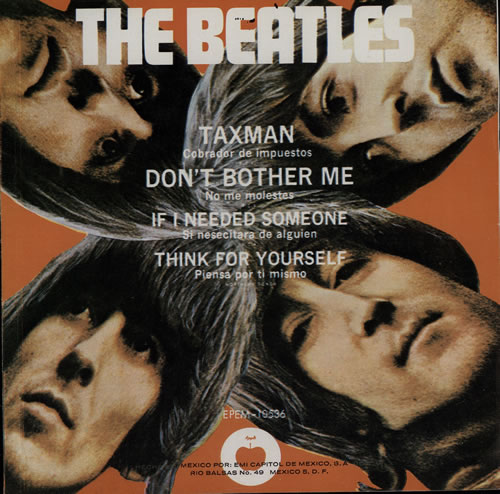 “I remember the day he [Harrison] called to ask for help on ‘Taxman’, one of his first songs. I threw in a few one-liners to help the song along, because that’s what he asked for. He came to me because he couldn’t go to Paul, because Paul wouldn’t have helped him at that period. I didn’t want to do it… I just sort of bit my tongue and said OK. It had been John and Paul for so long, he’d been left out because he hadn’t been a songwriter up until then.”
– John Lennon (Playboy)

The superb and very “George Harrisonesque” guitar solo is in fact Paul McCartney, even adding a sitar like middle. George has said, in interview, that he really liked Paul McCartney’s take and especially the “indian”bit.

…but other sources says he took offense and even left the room when it was recorded.

While Harrison was rightly praised for this track, it should be heard as an ensemble effort, with McCartney’s contribution bulking largest. Apart from his outstanding guitar solo, he plays some remarkable bass, taking advantage of the hard-hitting treble range of his Rickenbacker 4001S, particularly in his agitated secondary riff during the song’s third verse.
~Ian MacDonald (Revolution in the Head: The Beatles’ Records and the Sixties 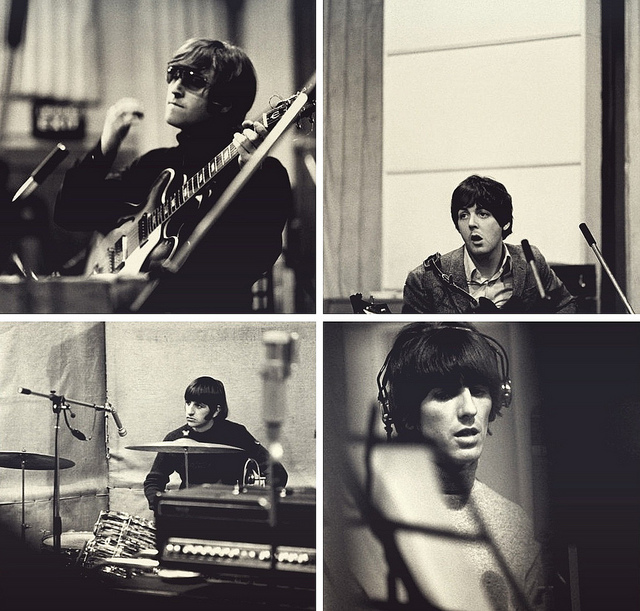 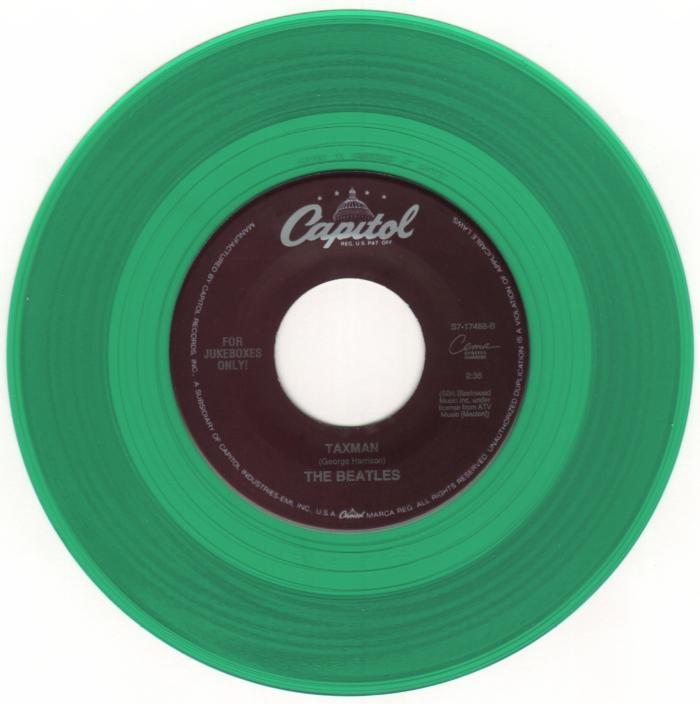 Taxman take 11 (the first they sang on)  from Anthology 2 with different lyrics  and the where they got Paul’s famous count-in, the “Mr Wilson, Mr Heath” line is replaced with John and Paul singing “Anybody got a bit of money?”:

The track must have been a huge influence on The Jam, listen to “Start” for a great example (especially the bass!).

It is sometimes said that the “Taxman” guitar solo is the same as the one on “Tomorrow Never Knows” but put on backwards, this is simply not so.  Listen to it in reverse and it’ll become clear.

“Taxman” is a fantastic opener on a brilliant album!