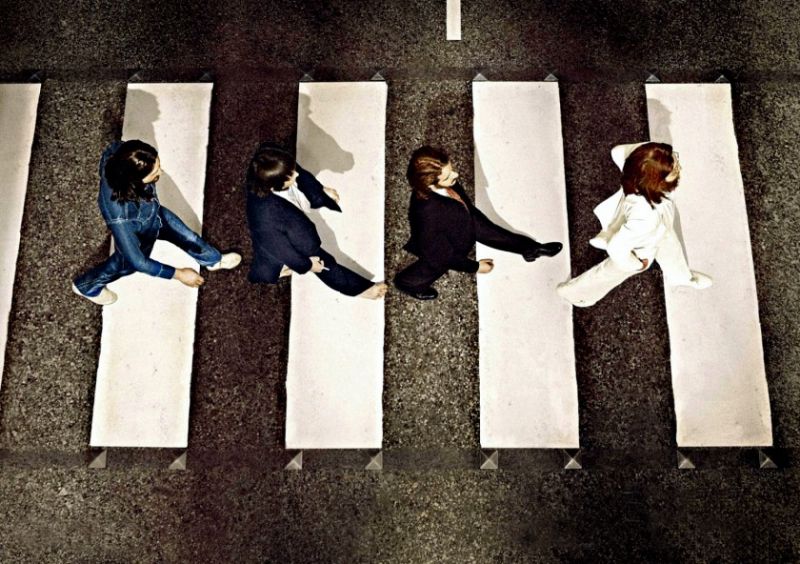 
The main recording session for “Because” was on 1 August 1969, with vocal overdubs on 4 August, and a Moog synthesizer overdub by George Harrison on 5 August. They did 23 takes of the song. After a three-hour rehearsal of the vocals parts, they sang over 5 hours until they got a good take. The lights were dimmed to get in the right mood. Both Paul and George has later said that “Because” is on of the best songs on Abbey Road.

“John wrote this tune. The backing is a bit like Beethoven. And three-part harmony right throughout. Paul usually writes the sweeter tunes, and John writes the, sort of, more the rave-up things, or the freakier things. But John’s getting to where he doesn’t want to. He just wants to write twelve-bars. But you can’t deny it, I think this is possibly my favourite one on the album. The lyrics are so simple. The harmony was pretty difficult to sing. We had to really learn it. But I think that’s one of the tunes that will impress most people. It’s really good.”
– George Harrison 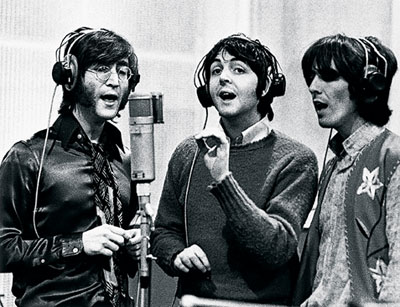 Love is old, love is new
Love is all, love is you

“Because” is maybe the best example in The Beatles songbook on how incredibly good the three voices sounds together, along with “This Boy” and “Nowhere Man” in my opinion. It is a simple melody with a simple text, but it doesn’t sound clichéd at all. It all fits.

Let’s include the A Capella version (from Anthology 3) just to appreciate the wonderful harmonies one more time:

Paul McCartney bought the harpsichord used on “Because” from the record company and it was used on the song “Free as a Bird” 26 years later in 1995 (Anthology).