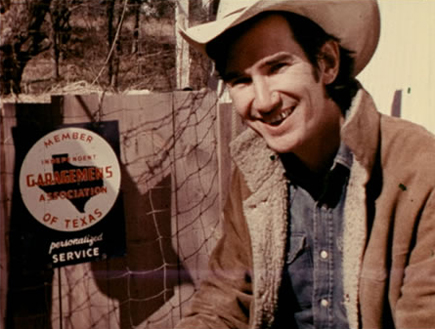 I first heard this song when Emmylou Harris sang it, then I heard Nanci Griffith’s version on the album, Other voices other rooms. Great interpretations both of them. It made me seek out Townes Van Zandt’s versions, they’re even better!

John Townes Van Zandt I (March 7, 1944 – January 1, 1997), best known as Townes Van Zandt, was an American singer-songwriter. Many of his songs, including “If I Needed You” and “To Live Is to Fly”, are considered standards of their genre.

While alive, Van Zandt had a small and devoted fanbase, but he never had a successful album or single and even had difficulty keeping his recordings in print. In 1983, six years after Emmylou Harris had first popularized it, Willie Nelson and Merle Haggard covered his song “Pancho and Lefty,” scoring a number one hit on the Billboard country music charts. Despite achievements like these, the bulk of his life was spent touring various dive bars, often living in cheap motel rooms, backwoods cabins, and on friends’ couches. Van Zandt was notorious for his drug addictions, alcoholism, and his tendency to tell tall tales. (Wikipedia)

Early version from the album, For the sake of the song:

Late version (more like the one on Our Mother The Mountain):

It was first released in 1968 on the album, For the sake of the song, then in a better version on Our Mother the Mountain,  but the ultimate version for me is the one on the live album, At the Old Quarter, Huston, Texas,  released in 1977.  It has since been released on several albums, both official and bootlegs.

Live At the Old Quarter version:

Finally a very good duet between Townes and Nanci:

One of the best songs ever!