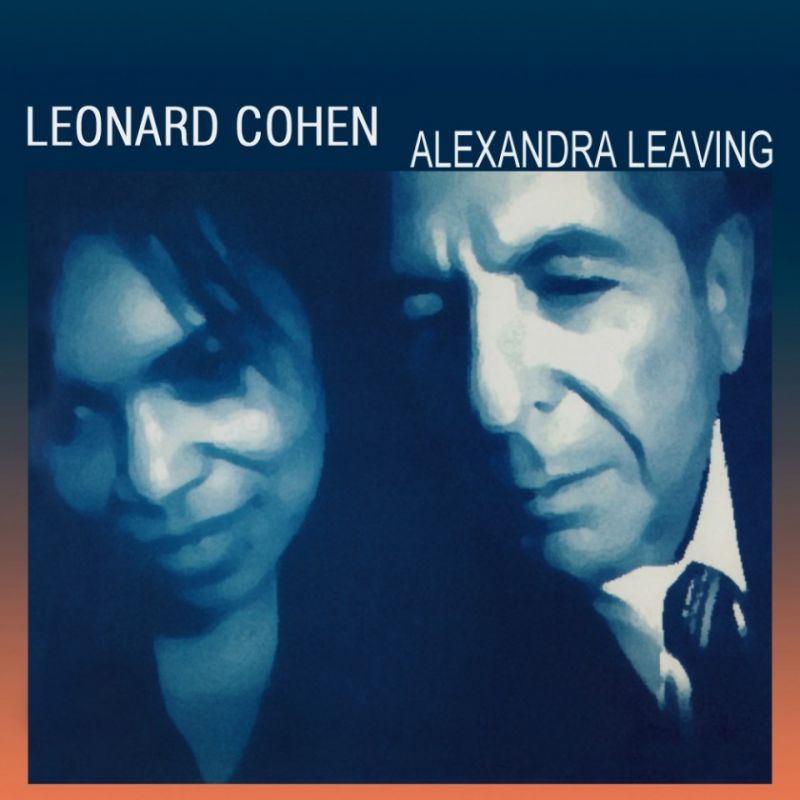 It sounds like the protagonist  in the song didn’t plan to love/make love again, but it happened. Now he has to face the devastating loss all over again.

The song is based on Constantin Cavafy’s Greek poem, The God Abandons Antony/The God forsakes Antony. Cavafy’s poem is based on Plutarch’s story about Antony being besieged by Octavian in Alexandria. One night he heard sounds; instruments and voices coming through the city. He passed out. Bacchus (Dionysus) Antonys’s “patron god”, was deserting him.

Bacchus (Roman)/ Dionysus (Greek) was the god of the grape harvest, winemaking and wine, of ritual madness and ecstasy in Roman and Greek mythology. This is vital for understanding Cohen’s lyrics, “The god of love preparing to depart.” But, Bacchus was also a god of resurrection and the love that Cohen describes is a resurrected love.

The poem by Cavafy and the poem by Cohen are very close connected, but the melody, the emotions and the soulfulness of the song are equally important, The flow of the poem.

When suddenly, at the midnight hour,
an invisible troupe is heard passing
with exquisite music, with shouts —
your fortune that fails you now, your works
that have failed, the plans of your life
that have all turned out to be illusions, do not mourn in vain.

As if long prepared, as if courageous,
bid her farewell, the Alexandria that is leaving.

Above all do not be fooled, do not tell yourself
it was a dream, that your ears deceived you;
do not stoop to such vain hopes.

As if long prepared, as if courageous,
as it becomes you who have been worthy of such a city,
approach the window with firm step,
and with emotion, but not
with the entreaties and complaints of the coward,
as a last enjoyment listen to the sounds,
the exquisite instruments of the mystical troupe,
and bid her farewell, the Alexandria you are losing.

In Cohen’s text the city of Alexandria becomes a woman, Alexandra (maybe all women?), he makes the loss more firmly about love, expectations, promises and a future together. He tries to be strong  and accept his destiny, but his sorrow seeps through every note and every word in the song.

We feel like the break-up was inevitable, it was something that he knew would come. It had to happen. Despite all this he is grateful, he had “…the honor of her evening” and, “As someone long prepared for this to happen, Go firmly to the window. Drink it in.”  He sees a “window of opportunity” and he dives in head-long.

Sexuality is very much present in Cohen’s lyrics. How can he feel this desire? He feels old and is aware of his mortality, but desire and love has been rekindled at a time he thought he was done with all that, “Your first commitments tangible again.”

I see a man (Cohen) sitting alone in a sad but grateful mood. After all, “It is better to have loved and lost, than to never have loved at all”, even if it happens again and again.

Suddenly the night has grown colder.
The god of love preparing to depart.
Alexandra hoisted on his shoulder,
They slip between the sentries of the heart.

Upheld by the simplicities of pleasure,
They gain the light, they formlessly entwine;
And radiant beyond your widest measure
They fall among the voices and the wine.

As someone long prepared for this to happen,
Go firmly to the window. Drink it in.
Exquisite music. Alexandra laughing.
Your first commitments tangible again.

As someone long prepared for the occasion;
In full command of every plan you wrecked –
Do not choose a coward’s explanation
that hides behind the cause and the effect.