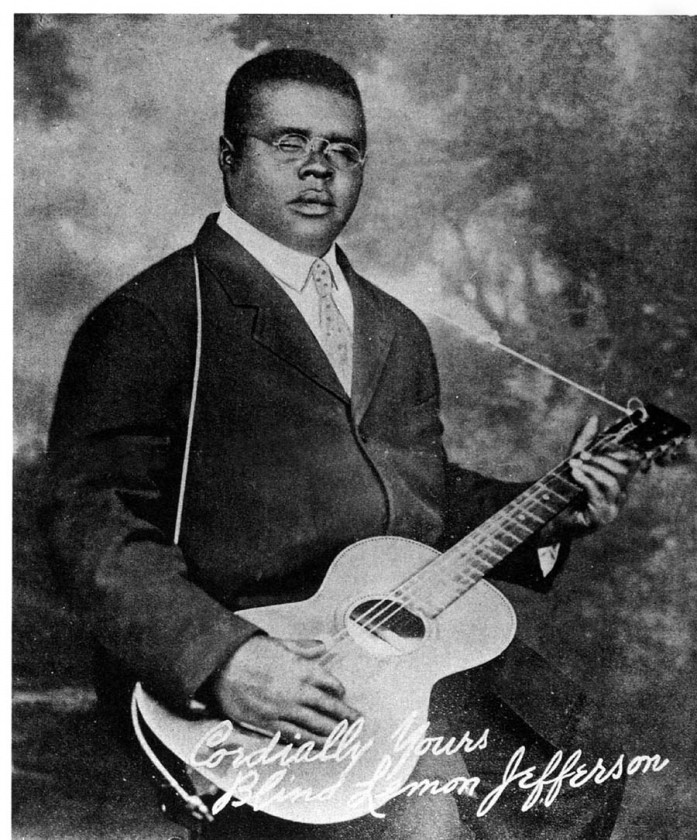 Jefferson died in Chicago at 10:00 am on December 19, 1929, of what his death certificate called “probably acute myocarditis”. For many years, apocryphal rumors circulated that a jealous lover had poisoned his coffee, but a more likely scenario is that he died of a heart attack after becoming disoriented during a snowstorm. Some have said that Jefferson died from a heart attack after being attacked by a dog in the middle of the night. More recently, the book, Tolbert’s Texas, claimed that he was killed while being robbed of a large royalty payment by a guide escorting him to Union Station to catch a train home to Texas. Paramount Records paid for the return of his body to Texas by train, accompanied by pianist William Ezell.

Jefferson was buried at Wortham Negro Cemetery (later Wortham Black Cemetery). Far from his grave being kept clean, it was unmarked until 1967, when a Texas Historical Marker was erected in the general area of his plot, the precise location being unknown. By 1996, the cemetery and marker were in poor condition, but a new granite headstone was erected in 1997. In 2007, the cemetery’s name was changed to Blind Lemon Memorial Cemetery and his gravesite is kept clean by a cemetery committee in Wortham, Texas.