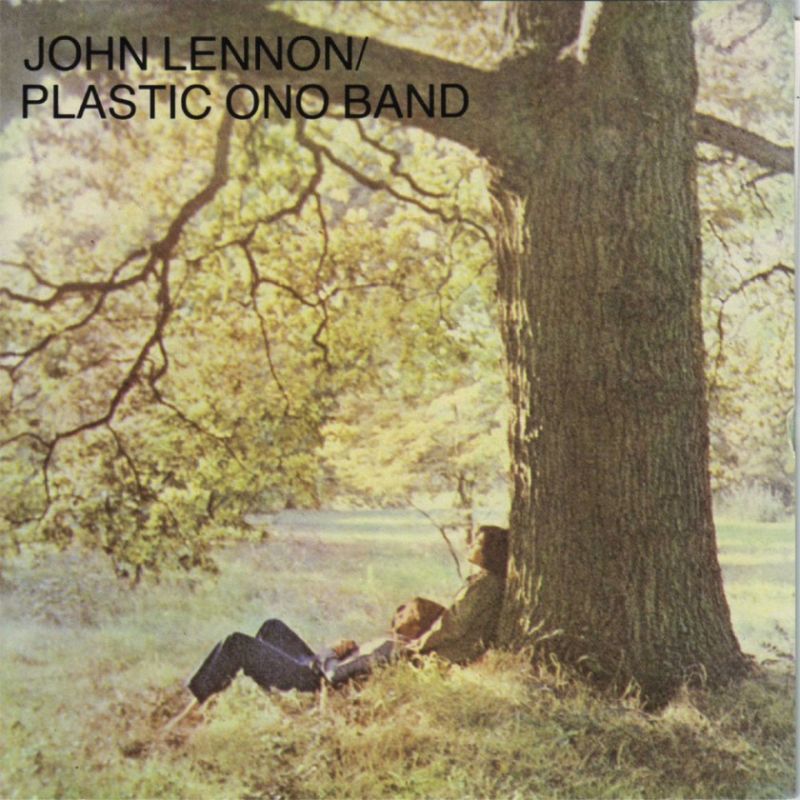 John Lennon/Plastic Ono Band is the debut album by English rock musician John Lennon. It was released in 1970, after Lennon had issued three experimental albums with Yoko Ono and Live Peace in Toronto 1969, a live performance in Toronto credited to the Plastic Ono Band. The album was recorded simultaneously with Ono’s debut avant garde solo album, Yoko Ono/Plastic Ono Band, at Ascot Sound Studios and Abbey Road Studios using the same musicians and production team, and featured nearly identical cover artwork.John Lennon/Plastic Ono Band is generally considered one of Lennon’s finest solo albums, documenting with honesty and artistic integrity his emotional and mental state at that point in his career. In 1987, as part of its 20th anniversary, Rolling Stone magazine ranked it fourth on “The 100 Best Albums of the Last Twenty Years”. In 2012, the magazine ranked it number 23 on its list of The 500 Greatest Albums of All Time. 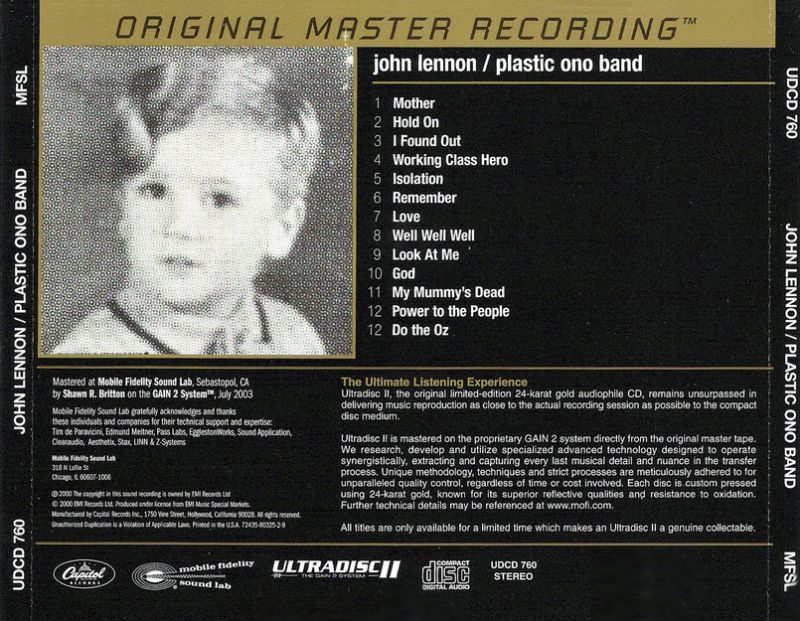 Following the Beatles’ break-up in April 1970, John Lennon and his wife Yoko Ono undertook primal therapy with the guidance of Arthur Janov for four weeks at his London offices, before the three flew to Los Angeles to continue the therapy for four months. Janov’s therapy technique emphasised emotionally reliving repressed childhood traumas rather than analytical discussion.

The level of his pain was enormous […] He was almost completely nonfunctional. He couldn’t leave the house, he could hardly leave his room. […] This was someone the whole world adored, and it didn’t change a thing. At the center of all that fame and wealth and adulation was just a lonely little kid.
– Arthur Janov, on Lennon’s psychological state

In July 1970, Lennon started to record demos of songs he wrote that would show up on John Lennon/Plastic Ono Band, and on one particular day, the 26th, Lennon recorded numerous demos of his song “God”, which features the line “I don’t believe in Beatles”. Lennon’s therapy was never completed due to the expiry of his US visa. With the experience he received from the therapy, he was able to channel his emotions into an album’s worth of self-revelatory material. 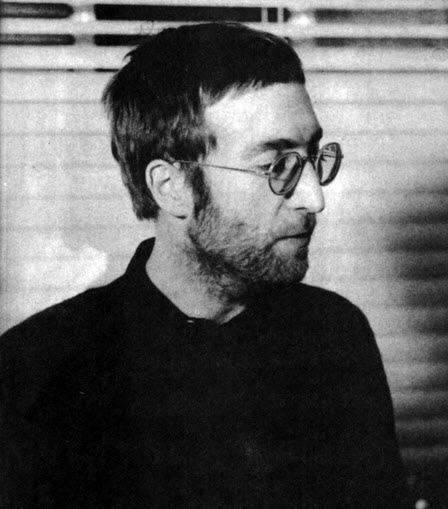 Lennon’s experience in primal therapy strongly influenced both the lyrical content of the album, pushing him toward themes of child-parent relationships and psychological suffering, and the simple yet intense style of the album’s music. Throughout the album Lennon touches on many personal issues: his abandonment by his parents, in “Mother”; the means by which young people are made into soldiers, in “Working Class Hero”; a reminder that, despite his rage and pain, Lennon still embraces “Love”; and “God”, a renunciation of external saviours. In the piano-driven climax of “God,” after listing a handful of “idols” he does not believe in, including Jesus, Hitler, Elvis, Zimmerman (Bob Dylan), and Beatles, Lennon proclaims that he believes only in himself and Ono. 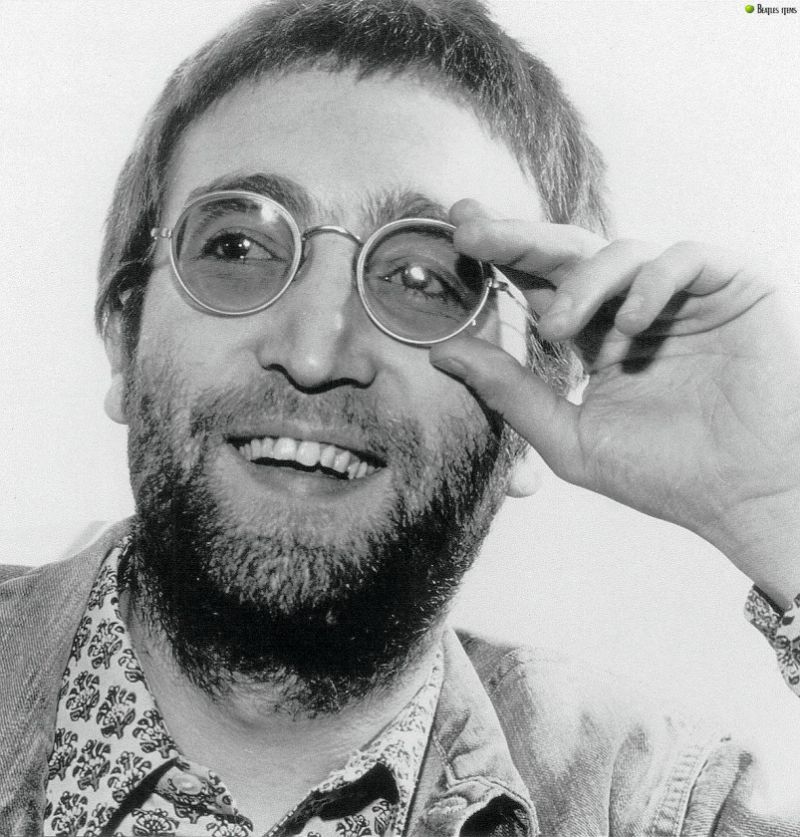 John Lennon/Plastic Ono Band was received with high critical praise upon release. Critic Greil Marcus remarked, “John’s singing in the last verse of ‘God’ may be the finest in all of rock.” In early 1971, the album reached number eight on the UK and went to number six in the US, spending eighteen weeks in the Top 100. The album was particularly successful in the Netherlands, knocking George Harrison’s blockbuster All Things Must Pass from the top of the chart and remaining at number one for seven consecutive weeks.

All songs written by John Lennon, except where noted.