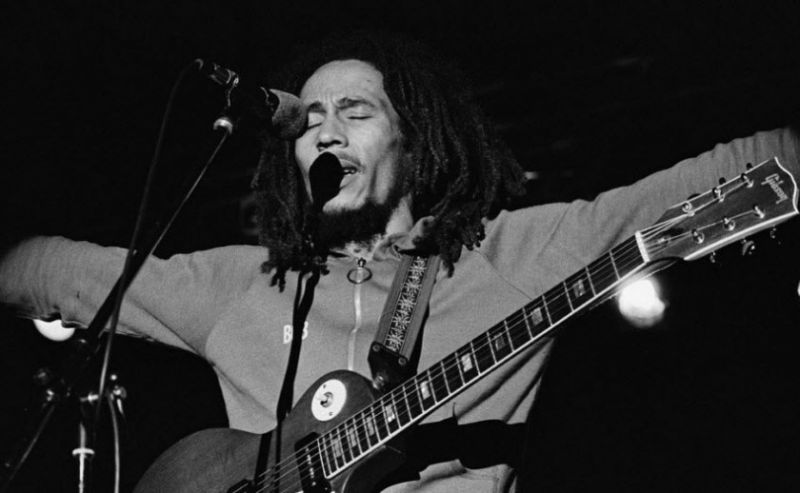 The truth is, everyone is going to hurt you. You just got to find the ones worth suffering for.
~Bob Marley

Some people feel the rain. Others just get wet.
~Bob Marley

“Marley wasn’t singing about how peace could come easily to the World but rather how hell on Earth comes too easily to too many.”
~Mikal Gilmore (Rolling Stone Magazine)

Bono inducts Bob Marley into the the Rock and Roll Hall of Fame:

How long shall they kill our prophets,
While we stand aside and look?

Nesta Robert Marley, OM (6 February 1945 – 11 May 1981), more widely and commonly known as Bob Marley, was a Jamaican singer-songwriter and musician. He was the rhythm guitarist and lead singer for the ska, rocksteady and reggae bands The Wailers (1963-1974) and Bob Marley & The Wailers (1974–1981). Marley remains the most widely known and revered performer of reggae music, and is credited with helping spread both Jamaican music and the Rastafari movement to a worldwide audience.

Marley’s music was heavily influenced by the social issues of his homeland, and he is considered to have given voice to the specific political and cultural nexus of Jamaica. His best-known hits include “I Shot the Sheriff”, “No Woman, No Cry”, “Could You Be Loved”, “Stir It Up”, “Get Up Stand Up”, “Jamming”, “Redemption Song”, “One Love” and, “Three Little Birds”, as well as the posthumous releases “Buffalo Soldier” and “Iron Lion Zion”. The compilation album Legend (1984), released three years after his death, is reggae’s best-selling album, going ten times Platinum which is also known as one Diamond in the U.S., and selling 25 million copies worldwide. 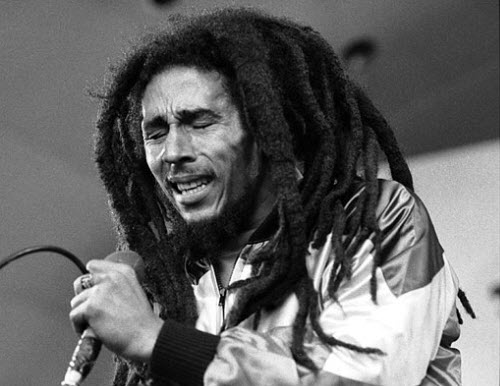 Bob Marley was the Third World’s first pop superstar. He was the man who introduced the world to the mystic power of reggae. He was a true rocker at heart, and as a songwriter, he brought the lyrical force of Bob Dylan, the personal charisma of John Lennon, and the essential vocal stylings of Smokey Robinson into one voice.
~Jann Wenner (at Marley’s 1994 posthumous induction into the Rock and Roll Hall of Fame) 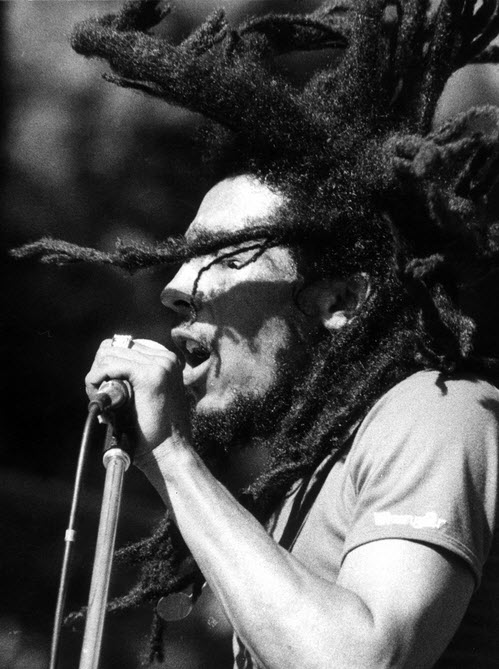 Bob Marley ranks among both the most popular and the most misunderstood figures in modern culture … That the machine has utterly emasculated Marley is beyond doubt. Gone from the public record is the ghetto kid who dreamed of Che Guevara and the Black Panthers, and pinned their posters up in the Wailers Soul Shack record store; who believed in freedom; and the fighting which it necessitated, and dressed the part on an early album sleeve; whose heroes were James Brown and Muhammad Ali; whose God was Ras Tafari and whose sacrament was marijuana. Instead, the Bob Marley who surveys his kingdom today is smiling benevolence, a shining sun, a waving palm tree, and a string of hits which tumble out of polite radio like candy from a gumball machine. Of course it has assured his immortality. But it has also demeaned him beyond recognition. Bob Marley was worth far more.
~Dave Thompson (in his book Reggae and Caribbean Music) 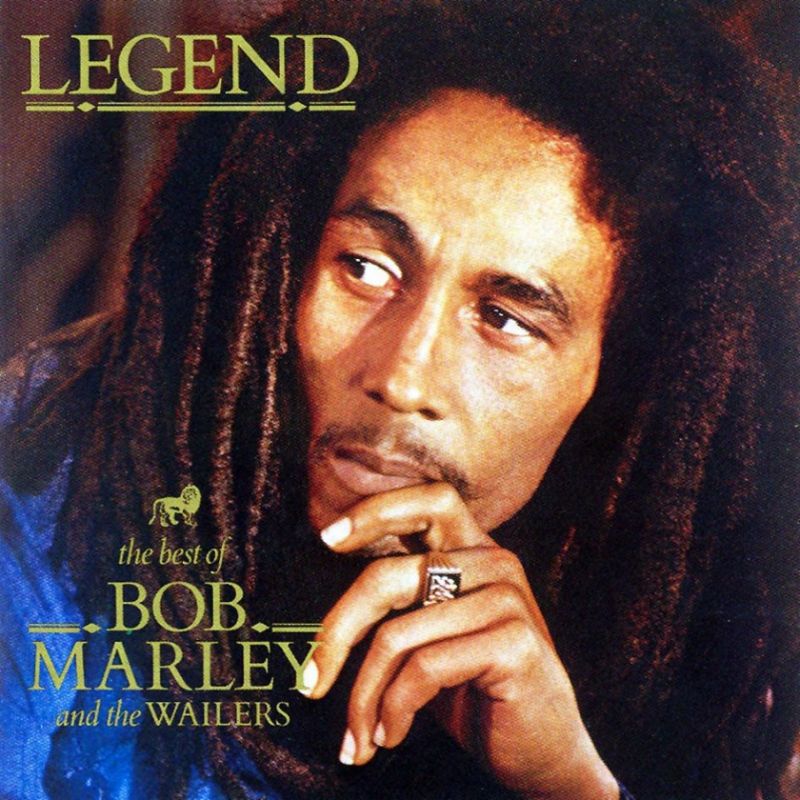 The classic Marley album, the one that any fair-weather reggae fan owns, Legend contains 14 of his greatest songs, running the gamut from “I Shot the Sheriff” to the meditative “Redemption Song” and the irrepressible “Three Little Birds.” Some may argue that the compilation shortchanges his groundbreaking early ska work or his status as a political commentator, but this isn’t meant to be definitive, it’s meant to be an introduction, sampling the very best of his work. And it does that remarkably well, offering all of his genre-defying greats and an illustration of his excellence, warmth, and humanity. In a way, it is perfect since it gives a doubter or casual fan anything they could want. Let’s face it, the beauty and simplicity of Marley’s music was as important as his message, and that’s captured particularly well here.
~Stephen Thomas Erlewine (allmusic.com)