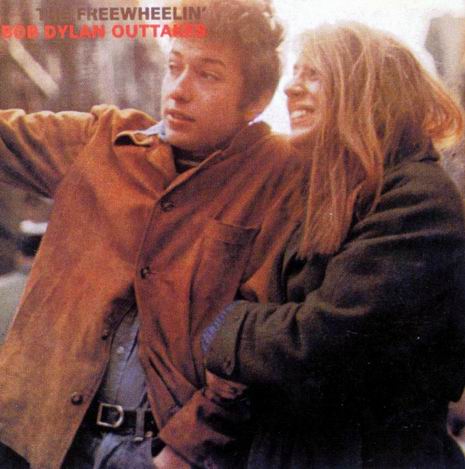 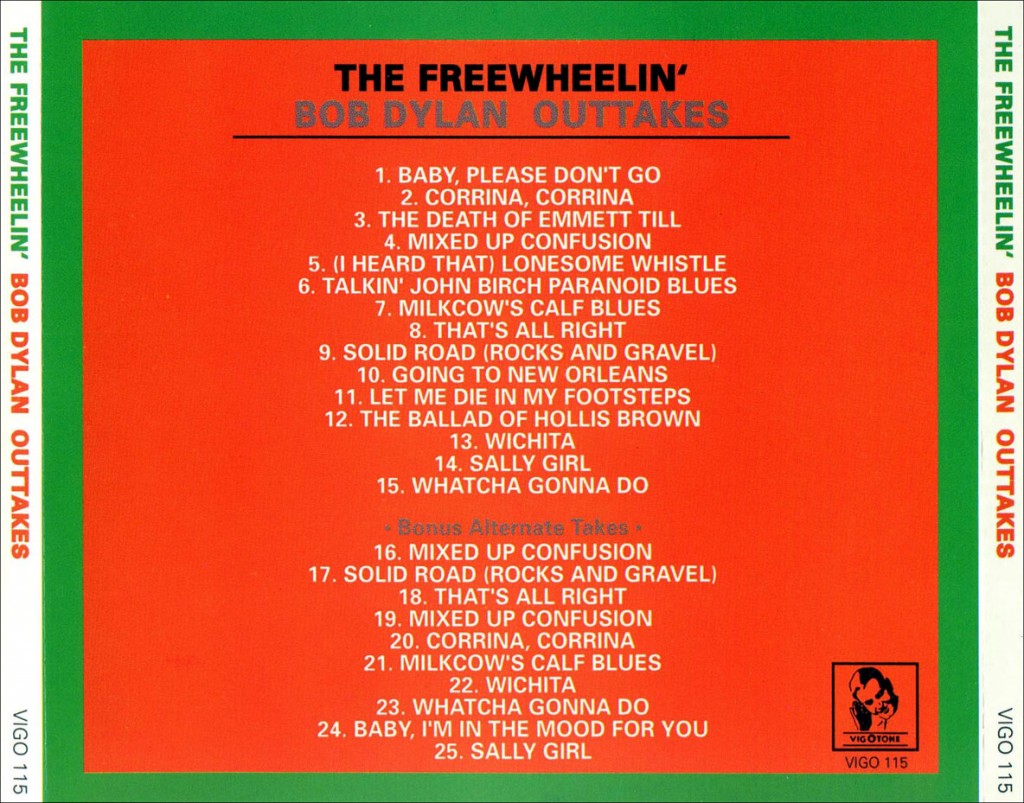 Text on the inlay (by the picture of John Hammond):
HOW MANY ROADS MUST A MAN WALK DOWN…

Bob Dylan has walked down many roads. For most of his 22 years he “rode freight trains for kicks and got beat up for laughs, cut grass for quarters and sang for dimes.” And his songs today are the sounds he sopped up all those years on the road – “the coyote’s call and the train whistle’s moan, the ol’ time pals an’ first run gals, the faces you can’t find again.”

Bob does what a true folk singer is supposed to do – sing about the important ideas and events of the times. And he does it better than anybody else.

Hear it and you’ll know why Bob Dylan is the voice of the times.

In January 2013 Sony released a box-set, a four cd collection from the early career of Dylan. It has 86 songs all recorded in 1962, good sound, many great alternative takes, stuff that is very rare. A sure buy, right? Wrong! 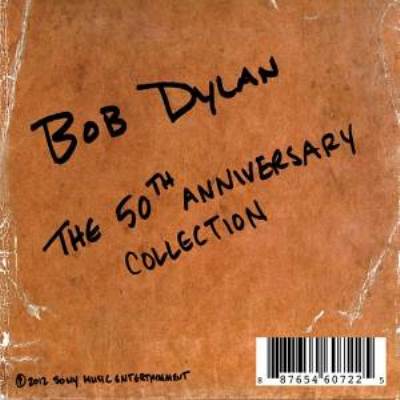 You cannot buy it in the shops or online, it was released as a limited edition in Europe with only 100 copies made! It was made as a preventative measure to keep this Dylan material out of the public domain.

“This isn’t a scheme to make money.  The copyright law in Europe was recently extended from 50 to 70 years for everything recorded in 1963 and beyond.  With everything before that, there’s a new ‘Use It or Lose It’ provision. It basically said, ‘If you haven’t used the recordings in the first 50 years, you aren’t going to get any more.’”
– Sony to Rolling Stone Magazine

Copies have made their way to eBay for huge amounts of money.

The first two CDs include a chronological account of Dylan’s completed studio recordings from 1962, with no false starts or incomplete takes included.  (Reports have surfaced that there is an error on the first disc, with “Talking Bear Mountain Picnic Massacre Blues (Take 2)” listed but absent.  In its place is “Wichita Blues (Take 2),” which already appears on the same disc.)  The third and fourth discs consist of live and home recordings, including performances from a Carnegie Hall concert and the Gaslight.  (This set rounds up the Gaslight performances not included on Starbucks’ 10-track highlights CD as well as “No More Auction Block,” previously aired on The Bootleg Series Vols. 1-3.)

So is everything on The Freewheelin’ Bob Dylan Outtakes included here? Yes, with one exception, Let me die in my footsteps (alternative take with extra verse).  And there’s so much more and with better sound, this is a dream-release, or not, as no one can get it (except for 100 lucky bastards).

Here’s a collection that I put together from a YouTube search:

In the meantime we have to make do with the bootlegs in circulation, or you can order it at Amazon(uk) in this grey-area release with a slightly different track listing (before Sony stops it): 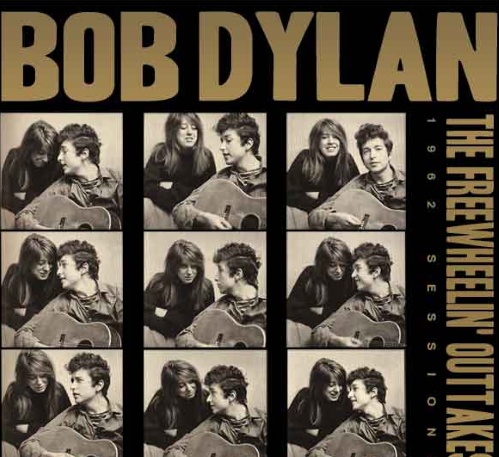 Fantastic songs that hopefully will be get a wide release soon.

Amazon.uk has now listed a book and 4dvd box, region free and 3hours running time,  set as a companion piece to this magnificent album/bootleg. It seems professionally done but it also looks like a “grey market” package. I’m not sure I can keep from buying it… 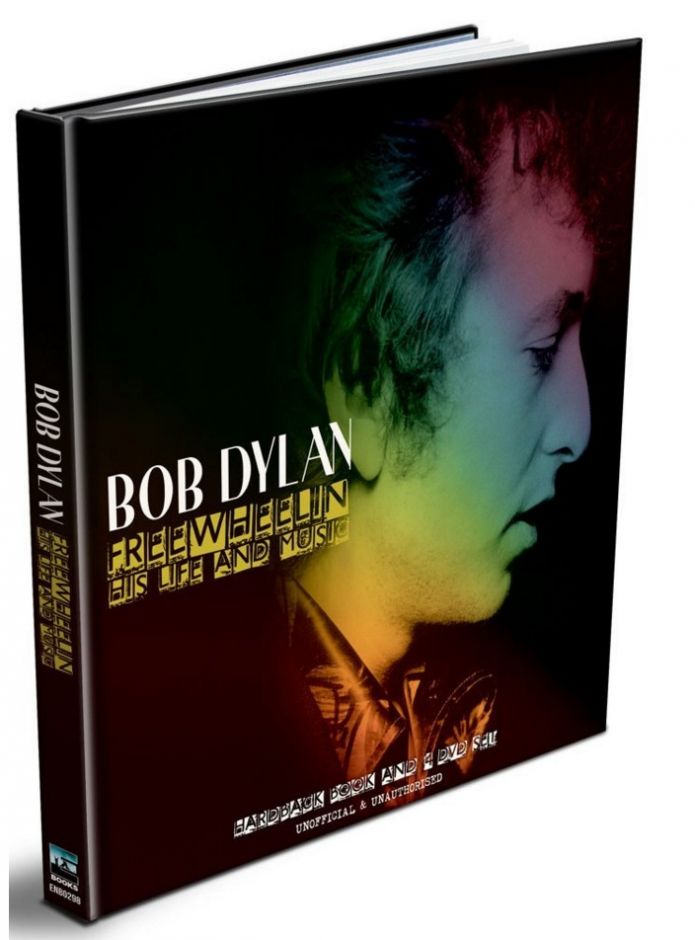 From amazon:
“the unique journey of one of the most ground breaking and influential US artists of all time Bob Dylan. Follow the authoritative text encompasses the complete inside story of Bob Dylan the man and his music; the book traces the Bob Dylan story with a detailed biography of his life from his early folk roots through to the world wide musical phenomenon that we know today. The book also features a comprehensive track by track analysis of his studio albums from the 1960’s. The DVDs feature in depth interviews with Dylan, complemented by a wealth of informative insights from dedicated musicologists, journalists and critics who toured with the band. This is the ultimate insight into Bob Dylan his life and music”

8 thoughts on “My favourite Bob Dylan bootleg from 1962 : The Freewheelin’ Bob Dylan Outtakes”