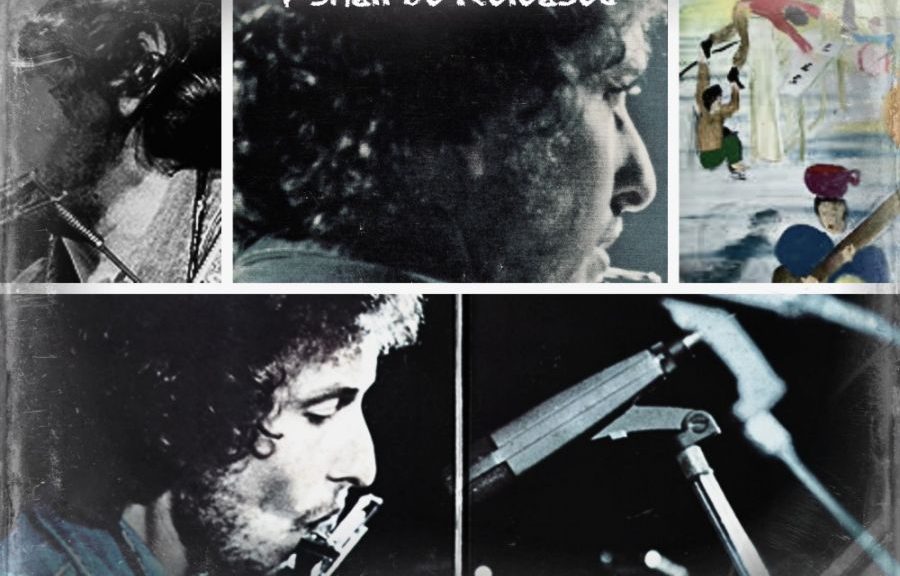 The whole world is a prison. Life is a prison, we’re all inside the body. Freedom only comes from knowledge and knowledge is power. So just because you’re out there in the desert, facing an endless sky and an unknown nothingness, doesn’t necessarily mean you’re free. You’re trapped in the desert. Only knowledge of either yourself or the ultimate power can get you out of it. I don’t know that much.
– Bob Dylan to Philip Fleishman (Feb. 1978)

They say ev’ry man needs protection
They say ev’ry man must fall
Yet I swear I see my reflection
Some place so high above this wall
I see my light come shining
From the west unto the east
Any day now, any day now
I shall be released

Standing next to me in this lonely crowd
Is a man who swears he’s not to blame
All day long I hear him shout so loud
Crying out that he was framed
I see my light come shining
From the west unto the east
Any day now, any day now
I shall be released

Earlier posts in the serie:

2 thoughts on “Bob Dylan: 5 Great Live Versions of “I Shall Be Released””