This brilliant song has been performed 88 times live by Dylan.

If you see her say hello, she might be in North Saigon
She left here in a hurry; I don’t know what she was on
You might say that I’m in disarray and for me time’s standing still
Oh I’ve never gotten over her, I don’t think I ever will

If you’re making love to her, watch it from the rear
You’ll never know when I’ll be back, or liable to appear
For it’s natural to dream of peace as it is for rules to break
And right now I’ve got not much to lose, so you’d better stay awake
~Bob Dylan (“Lakeland 76” lyrics to If You See Her, Say Hello)

And then, with an ease I find terrifying, Dylan moves into one of the most nakedly personal performances of his career (something like “Sad Eyed Lady of the Lowlands,” but inverted, and without the gloss of riddle and mystery): the 1976 version of “If You See Her, Say Hello.”
~Paul Williams (Bob Dylan: Performing Artist, Vol 2: The Middle Years 1974-1986 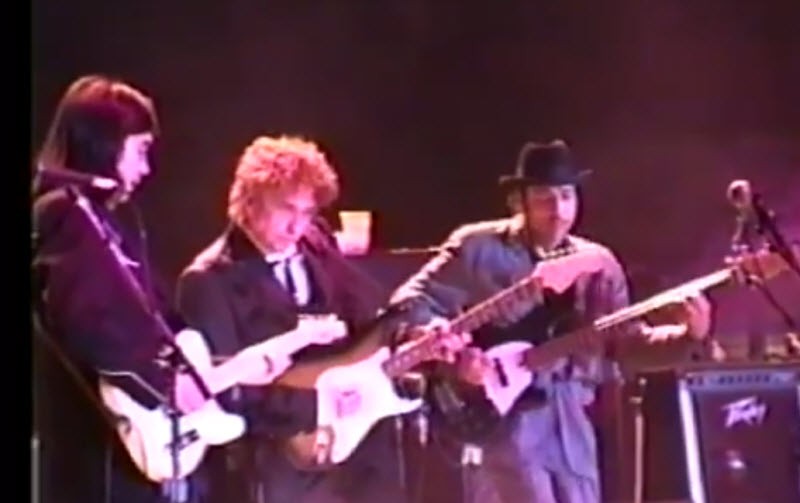 2 thoughts on “Bob Dylan: 5 Great live versions of “If You See Her, Say Hello””