..Dylan draws all the power and excitement that has been created by the tour and the two new albums, and unleashes it in a fury into the wide-eyed Carolina crowd. Dylan rants and raves, and spits the vocals out with venom. Every word rings true as if written in his soul. Possibly the finest performance of the extensive tour. The sound quality is nice as well. Rich, bright, and full. Of course, it falls well below the quality of ‘Budokan’; but the fiery performance leaves the official release in ashes.
~bobsboots.com

..By this point Dylan was playing songs from Street Legal, which was recorded with his touring band. Unlike most of his catalog, these tracks were actually enhanced by the big band. On this tape from Charlotte, Dylan is on fire as the band plays killer versions of Street Legal tracks “Señor (Tales of Yankee Power),” “We Better Talk This Over” and “Changing of the Guards.” With the exception of “Señor,” he’d play virtually nothing from the drastically underrated Street Legal over the next three decades.
~rollingstone.com 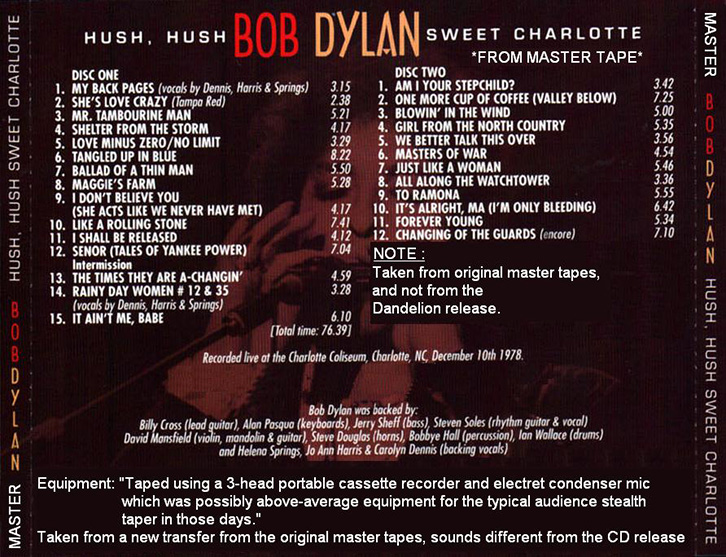