….when Dylan and Wilson began work on the next album, they temporarily refrained from their own electric experimentation. The first session, held on January 13, 1965 in Columbia’s Studio A in New York, was recorded solo, with Dylan playing piano or acoustic guitar. Ten complete songs and several song sketches were produced, nearly all of which were discarded. None of these recordings would be used for the album, but three would eventually be released: “I’ll Keep It With Mine” on 1985’s Biograph, and “Farewell Angelina” and an acoustic version of “Subterranean Homesick Blues” on 1991’s The Bootleg Series Volumes 1-3 (Rare & Unreleased) 1961-1991.

….when we recorded Bringing It All Back Home, that was like a break through point, it’s the kind of music I’ve been striving to make and I believe that in time people will see that.
~Bob Dylan (Paul Gambaccini Interview, June 81) 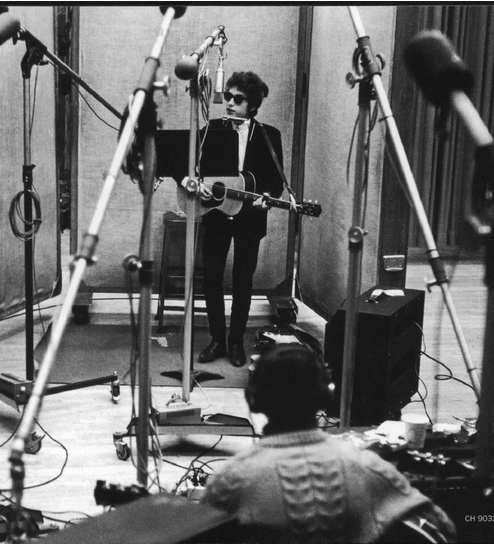 5 thoughts on “50 years ago: Bob Dylan – The first recording session for “Bringing It All Back Home””