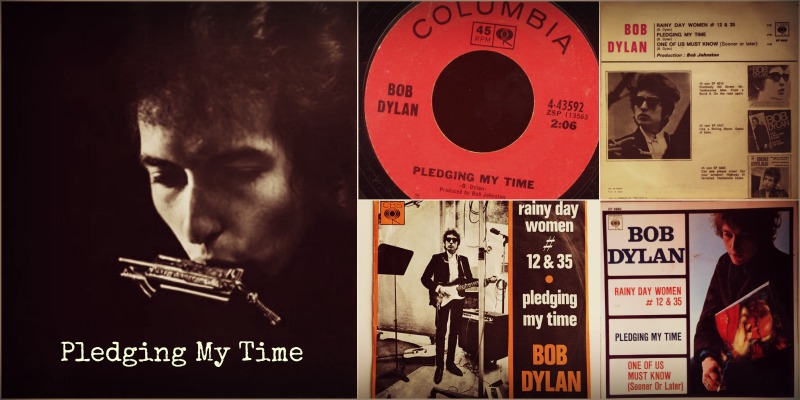 Well, early in the mornin’
’Til late at night
I got a poison headache
But I feel all right
I’m pledging my time to you
Hopin’ you’ll come through, too
–

..a Chicago blues song with a totally different atmosphere from “Rainy Day Women #12 & 35.” Dylan gives a nod not only to the marching bands of the Vieux Carré in New Orleans but also to the creators of the legendary country and modern blues. Even if Mike Marqusee puts Dylan’s song on the same level as “Come On in My Kitchen” by Robert Johnson, “Pledging My Time” sounds above all like a tribute to the electric blues legend Elmore James and his version of “It Hurts Me Too.” The harmonica and Dylan’s voice are plaintive— the narrator tells of a strange love story full of contradictory feelings: “I got a poison headache / But I feel all right.” The song proceeds in this somber, melancholy style, with Robbie Robertson’s guitar and Hargus “Pig” Robbins’s piano creating its heavy atmosphere. Andy Gill wrote of the song’s “smoky, late-night club ambiance whose few remaining patrons have slipped beyond tipsy to the sour, sore-headed aftermath of drunk.”
-Margotin, Philippe; Guesdon, Jean-Michel. Bob Dylan All the Songs: The Story Behind Every Track 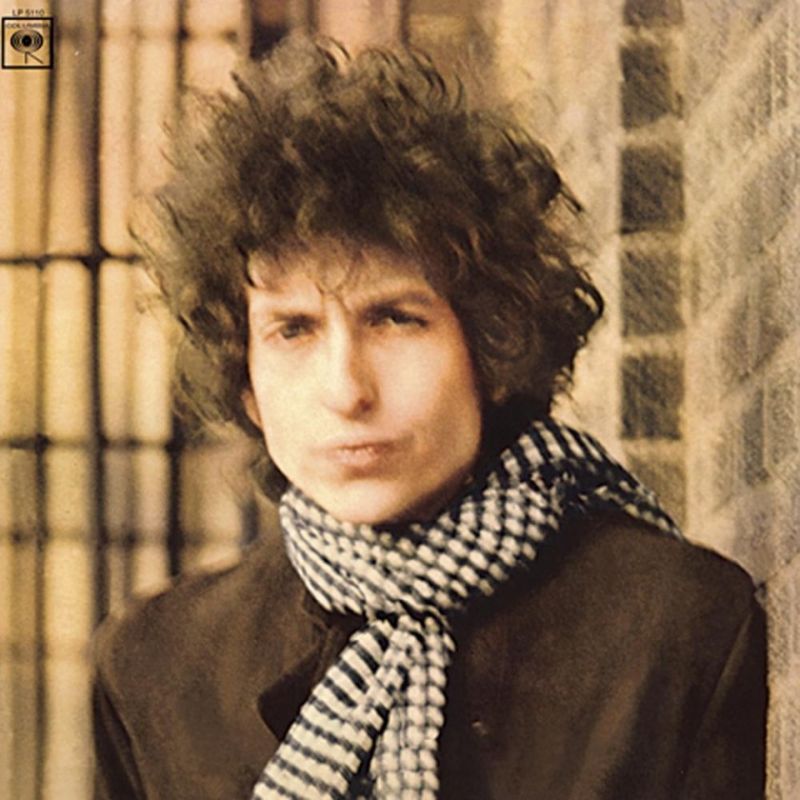 ..a blues song written and recorded by American singer-songwriter Bob Dylan for his 1966 album Blonde on Blonde. The song was recorded on March 8, 1966, in Nashville, Tennessee, with veteran Nashville musicians and Canadian guitarist Robbie Robertson. “Pledging My Time” was released the next month by Columbia Records as the B-side of the single “Rainy Day Women#12 & 35“, a hit record in both the United States and Great Britain. The two songs also led off Blonde on Blonde

Well, the hobo jumped up
He came down natur’lly
After he stole my baby
Then he wanted to steal me
But I’m pledging my time to you
Hopin’ you’ll come through, too

Won’t you come with me, baby?
I’ll take you where you wanna go
And if it don’t work out
You’ll be the first to know
I’m pledging my time to you
Hopin’ you’ll come through, too

Well, the room is so stuffy
I can hardly breathe
Ev’rybody’s gone but me and you
And I can’t be the last to leave
I’m pledging my time to you
Hopin’ you’ll come through, too

Well, they sent for the ambulance
And one was sent
Somebody got lucky
But it was an accident
Now I’m pledging my time to you
Hopin’ you’ll come through, too

Another Blonde on Blonde song that Dylan seemingly forgot for two decades, “Pledging My Time” was revisited in September 1987, when Dylan again seemed in the grip of “a poison headache,” but was refusing to hold back. Subsequent Never Ending Tour versions have been little more than an excuse for a blues jam, though the debt to Jimmy Reed’s “Bright Lights, Big City” has become a lot more obvious with these later live incarnations.
-Clinton Heylin

One thought on “Bob Dylan: Pledging My Time”