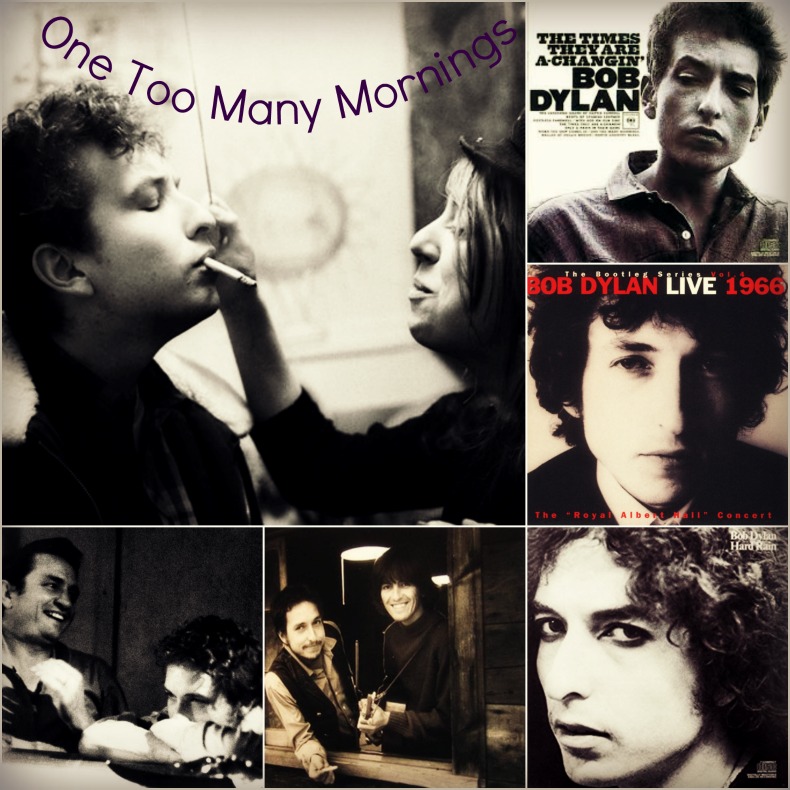 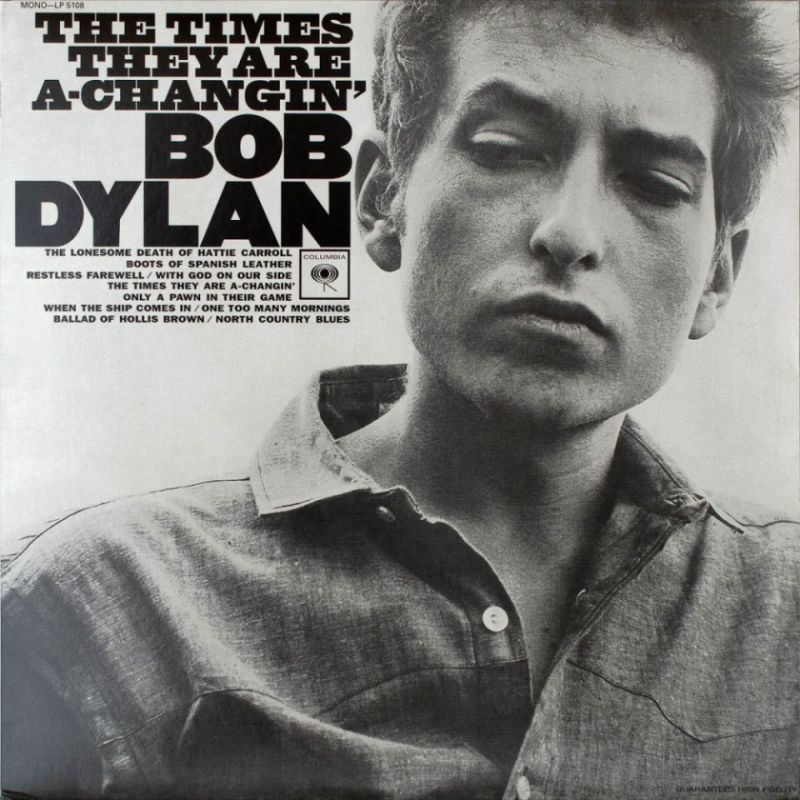 .. released on his third studio album The Times They Are a-Changin’ in 1964. The chords and vocal melody are in some places very similar to the song “The Times They Are A-Changin’“. “One Too Many Mornings” is in the key of C Major and is fingerpicked.

“One Too Many Mornings,” a love song and clearly one of Dylan’s favorites (it shows up again and again, in many different forms, in his live performances through the years), is transitional in terms of the development ofthe album: it deals with weariness and emptiness, certainly, but its mood is light, forgiving, almost relieved. The harmonica solos are wonderful.
– Paul Williams – Bob Dylan Performing Artist I: The Early Years 1960-1973

“One Too Many Mornings” is a gem both in terms of writing and of interpretation. From the first rhythm, Dylan manages to show us all the nostalgia that overwhelms him. His voice is soft and introspective, close to emotional overflow (0: 25). His guitar fingering is perfect and mastered, and he plays guitar in open A tuning, which contributes to the atmosphere and harmonic richness of the song. Even the harmonica part (in C) is remarkable. Dylan plays harmonica with finesse and emotion as never before. On the production side, Tom Wilson decided this time to come back to Hammond’s vision, a less cluttered sound. The guitar became hushed and underscored the emotion in his voice. A reverb highlights the nostalgic atmosphere of the whole piece. Wilson seeks to vary the color of the songs and he succeeds admirably.
– Philippe Margotin & Jean-Michel Guesdon – Bob Dylan All the Songs: The Story Behind Every Track

After one too many maulings, what hopes are left in love? Not many. But not none. One Too Many Mornings, firmly declining to decline into flat despair, has a resilience, for all its sombre timbre. Yet what hope, exactly? This, at least: that in escaping one another, the sometime lovers may escape recriminations. That would be something, would offer some hope after all. Not as being reconciled each to each (too late for that), but as reconciled in some measure to the world, to everything that is (sadly) the case.
– Christopher Ricks,  Dylan’s Visions of Sin (p. 421).

“One Too Many Mornings” is an achingly pretty breakup song – and the rare tune where Dylan bid fare-thee-well without assigning any blame. It’s as subdued a song as any in Dylan’s catalog – just gentle acoustic picking, harmonica and a spare, resigned vocal. Likely another tune inspired by his relationship with Suze Rotolo, it comes off like a gentler version of “Don’t Think Twice, It’s All Right.” Dylan is leaving his bedroom, the street is ahead of him, when he looks back with a conciliatory goodbye: “You’re right from your side/I’m right from mine.” “One Too Many Mornings” proved ripe for revisiting, both by Dylan (whose electric version on his 1966 tour turned the gentle tune into something like punk rock) and by Johnny Cash, who recorded the song four times – twice with Dylan (in separate versions from the Nashville Skyline sessions), once with Waylon Jennings and once on his own.
– RollingStone Magazine – 100 Greatest Bob Dylan Songs

It’s a restless hungry feeling
That don’t mean no one no good
When ev’rything I’m a-sayin’
You can say it just as good.
You’re right from your side
I’m right from mine
We’re both just one too many mornings
An’ a thousand miles behind

The song ultimately benefited from two of the man’s best electric arrangements, on the highly charged 1966 and 1976 tours. On the latter tour it also acquired a brand-new coda that suggested faults on both sides: ‘You’ve no right to be here / And I’ve no right to stay / Until we’re both one too many mornings / And a thousand miles away.’ Its inclusion in the set, at a time when Dylan had reached much the same point in his relationship with wife Sara as he’d reached with Suze in October 1963, suggests its return to favour was no coincidence. Subsequent performances, which have tended to be (semi-)acoustic, suggest it is a song Dylan can plug his inspired self into at will, as anyone who caught performances at New York’s Beacon Theatre in October 1990, or at the second Supper Club show in 1993, can readily testify.
– Clinton Heylin – Revolution in the Air: The Songs of Bob Dylan, 1957-1973

Johnny Cash and Waylon Jennings – One Too Many Mornings (audio, 1986):

One thought on “Bob Dylan’s Best Songs: One Too Many Mornings”