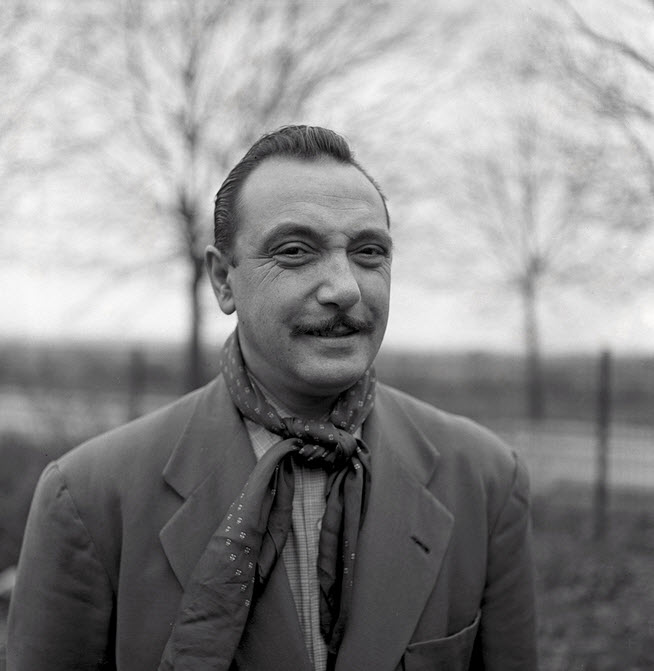 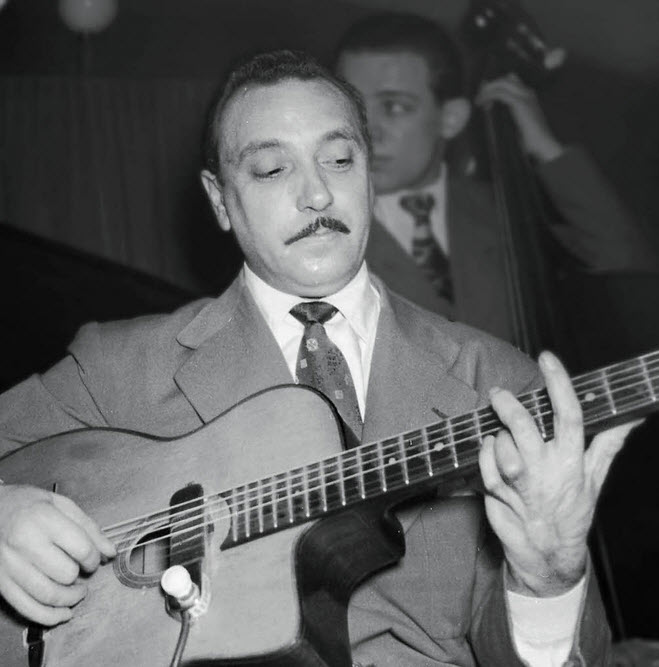 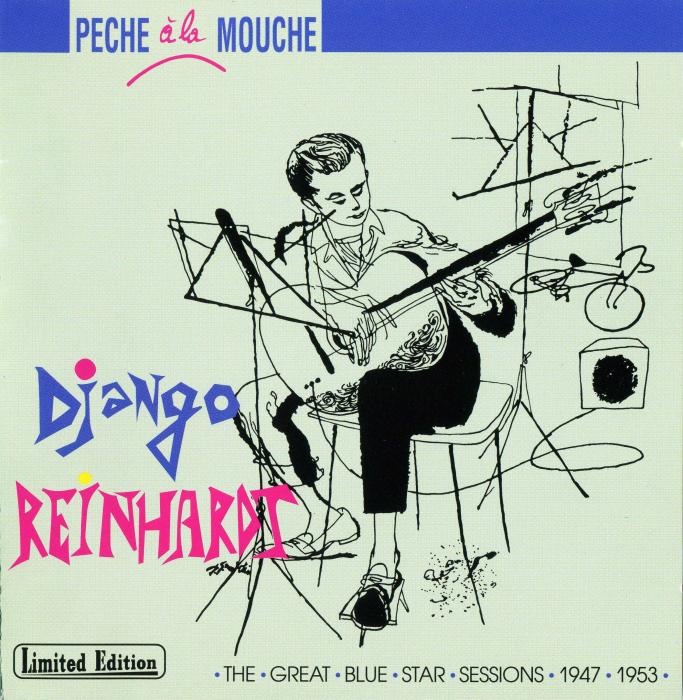 Legend has it that guitarist Django Reinhardt was at his absolute peak in the 1930s during his recordings with violinist Stephane Grappelli and that when he switched from acoustic to electric guitar* after World War II, he lost a bit of his musical personality. Wrong on both counts. This double CD documents his Blue Star recordings of 1947 and 1953 and Reinhardt (on electric guitar*) takes inventive boppish solos that put him at the top of the list of jazz guitarists who were active during the era.
~Scott Yanow (allmusic.com)

* From the comments section of last year’s post:
Just a small point about Django’s later recordings – it is true that he did some of his best work in his last sessions, he was endlessly inventive. However, he never switched to electric guitar as claimed in the quote above. He briefly played an arch-top which he got when he went to the States to play with Duke Ellington but these later recordings were all made with the same Selmer style acoustic guitar he used for his hot club sessions in the 1930s. The different sound came from the Stimer pick-up he started using in the studio.
~Djangologist

Check out this post: David Bowie – Station to Station (1976)