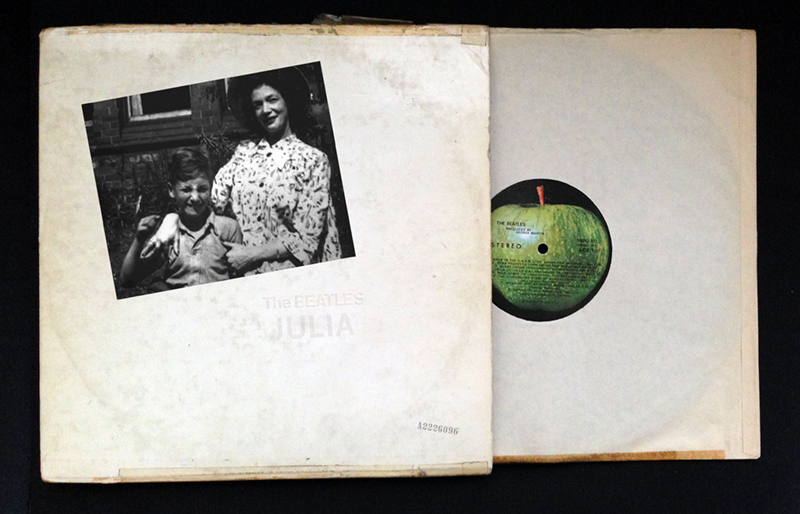 The nature and subject of the song is clear indicator of the direction Lennon’s songwriting was headed, and a foreshadow of his fantastic first solo album released December 11th in 1970. 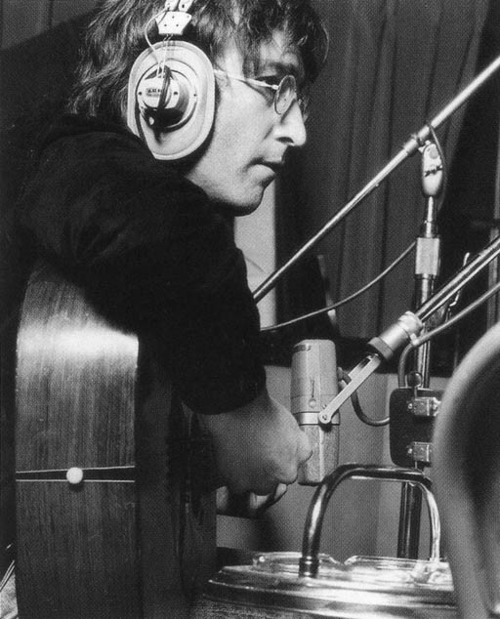 “John was keen to learn the finger-style guitar I played and he was a good student. Paul already had a smattering of finger style. George preferred his Chet Atkins style. John wrote Julia and Dear Prudence based on the picking I taught him.”
– Donovan (Paul McCartney:Many Years from now by Barry Miles)

Lennon’s most childlike and self-revealing song, JULIA is almost too personal for public consumption. Nor did it succeed in laying his mother-fixation, as the exorcisms of ‘Mother’ and ‘My Mummy’s Dead’ on his first solo album prove. To a great extent, Julia Lennon was her son’s muse. Once he had rid his soul of grief for her, his creativity forfeited its pressure and, during his more reconciled final decade, his output lost most of the edge and forcefulness it displayed at its fundamentally unhappy zenith in the mid-Sixties
~Ian MacDonald (Revolution in the Head: The Beatles’ Records and the Sixties

This is mostly an instrumental (take 2) that was released on Anthology 3. It includes dialogue between John Lennon and Paul McCartney, McCartney was observing the recording from the studio control room. This is my favorite take of Julia, just to hear, just to hear John’s laugh after singing such an intimate song – we can sense the nervousness in his voice when asking Paul if the take was alright. We realize by this short conversation how much John looked to Paul for confirmation and assurance. Paul was the only one allowed to be in the control room while John sung his most personal song.

Half of what I say is meaningless
But I say it just to reach you, Julia.

Her hair of floating sky is shimmering, glimmering
In the sun

Julia, Julia, morning moon, touch me
So I sing a song of love, Julia.

When I cannot sing my heart
I can only speak my mind, Julia.

Julia, sleeping sand, silent cloud, touch me
So I sing a song of love, Julia.