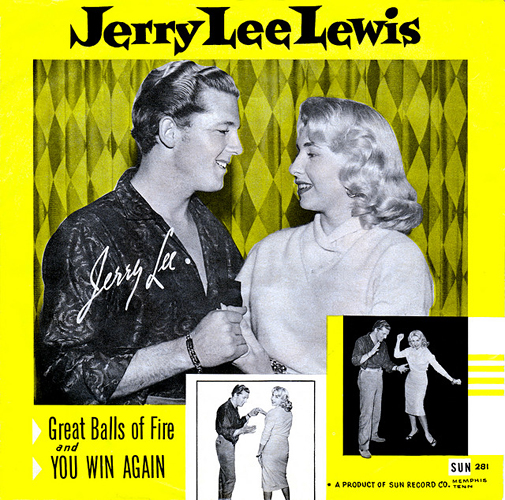 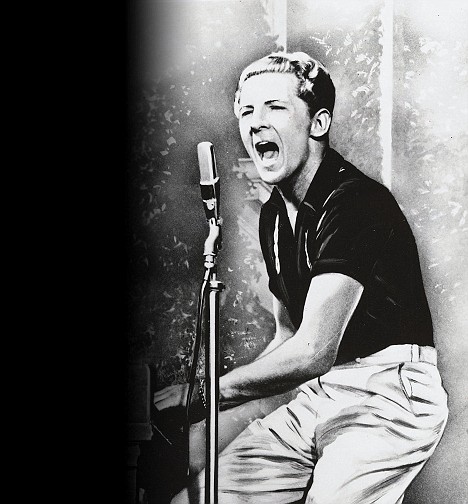 From Rollingstone.com (500 greatest songs):
With Lewis pounding the piano and leering, “Great Balls of Fire” was full of Southern Baptist hellfire turned into a near-blasphemous ode to pure lust. Lewis, a Bible-college dropout and cousin to Jimmy Swaggart, refused to sing it at first and got into a theological argument with Phillips that concluded with Lewis asking, “How can the devil save souls?” But as the session wore on and the liquor kept flowing, Lewis’ mood changed considerably — on bootleg tapes he can be heard saying, “I would like to eat a little pussy if I had some.” Goodness gracious, great balls of fire, indeed.

From allmusic.com – Cub Koda:
Written by African-American songwriter Otis Blackwell under the pseudonym of Jack Hammer, this was Jerry Lee Lewis’ third release and second consecutive hit. There are only two instruments on this recording, Lewis’ piano and J.M. Van Eaton’s drumming, with the echo from the Sun studios working as a third instrument. The song is over in a little more than a minute and a half and yet is perfectly realized with probably Jerry Lee’s best solo to recommend it and a vocal that borders on lascivious. You can do many things with “Great Balls of Fire” but most covers stick damn close to the original Jerry Lee strut and arrangement, so perfectly realized and empathetically played. 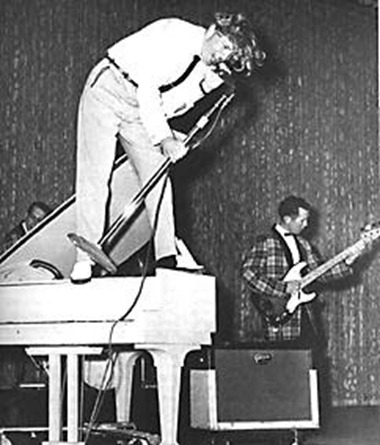 The song is best known for Jerry Lee Lewis’s original recording, which was recorded in the Sun Studio in Memphis, Tennessee, on October 8, 1957, and released as a 45rpm single on Sun 281 in November 1957.

The song title is derived from a Southern expression, which some Christians consider blasphemous, that refers to the Pentecost’s defining moment when the Holy Spirit manifested itself as “cloven tongues as of fire” and the Apostles spoke in tongues.

and another (newer) version: