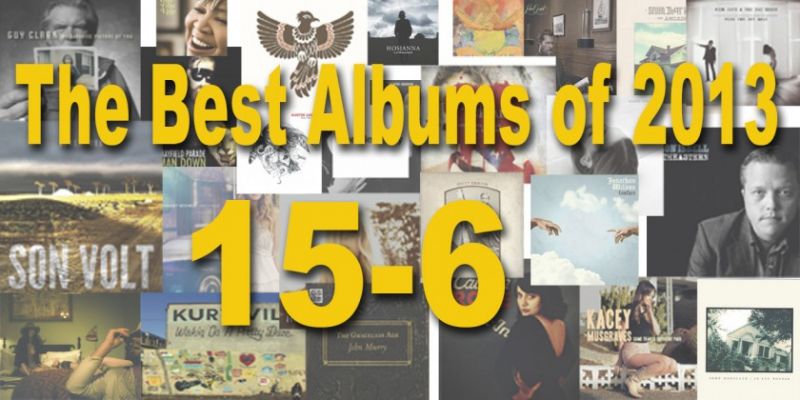 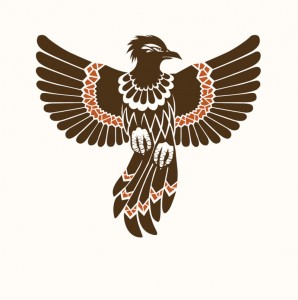 Musically The South are even more at “the west-coast” of USA this time, the country aspect is toned down (but there are traces of it still – great steel-guitar and some honky-tonk piano, I like that they haven’t abandoned it all.) It has that very recognizable guitar sound (“The South-sound”), but it has more “space” and is more dreamy in a way.

“We didn’t have that specific discussion this time, we told him (Bent Sæther, producer) a bit about what we wanted, in what direction we would like to go. “A bigger canvas” was an expression that came about early on. We wanted not to rush it, to give the songs more time.”
– Alexander Pettersen

The South is also an incredibly good live band, catch them if you get the chance!

The South – The Further Inside You Go… (live in studio): 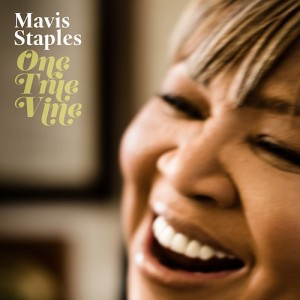 One True Vine, is Mavis staples’s  second record with Jeff Tweedy (Wilco, Uncle Tupelo) and it is better than their first attempt. Her singing is as strong as ever but the material she has to work with are stronger, the lyrics are better and the melodies suits her singing even more. It really shows us that Tweedy is not bound by genre, he can do soul/gospel just as well as indie/americana. Let us not forget Mavis, her voice has matured to great hights, when we thought she could’t get any better – she comes up with this! It can very well be the best vocal work she has ever done.

It is a different album than it’s predessesor, calmer, more subdued. Or at least it starts on a calm note, it then becomes a journey from doubt and questions into faith, The One True Vine. Marvelous stuff. 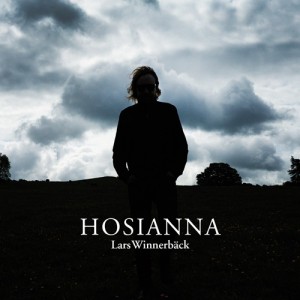 Lovely album from “the Swedish Springsteen”. Some writers have been pointing out that this is Great, but uneven album.. I do not agree. It’s got a couple of fillers, but 80% of the songs are just very good-to-great. Vem som helst blues, Et slags liv, Vi åkte aldrig ut till  havet and Skolklockan are all some of the strongest songs he’s written in my opinion. And one one this years greatest concerts was for me his concert in Stavanger in November. 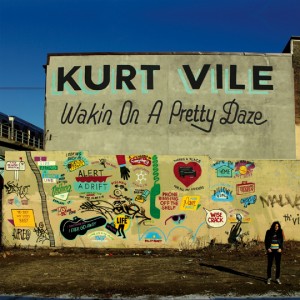 This album is full of warm melodies and sonic textures that constantly changes as the dynamics swell and ebb with a perfectly organic feel. It’s the most assured, most sophisticated, and strongest work of Kurt Vile’s relatively short (but productive) career.

It is an ambitious work and ,to me at least, it is a companion album to Jonathan Wilson’s Fanfare. They both have that “care free” windy sound and I can hear the influence of 70s Pink Floyd in both records.

This is an album that may sound simple on the surface, but listen to it and the astounding attention to detail will baffle you.

you can say i’ve been most all around
but honey i ain’t goin nowhere
don’t worry bout a thing
it’s only dying
i love along a straight line
nothin always comes to mind
to be frank, im fried
but i don’t mind
(Wakin’ on a pretty day) 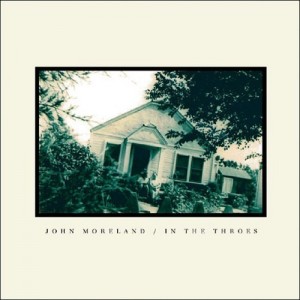 One for the money, four on the floor
You were born last week with your foot in the door
I heard truth is what songs are for
Nobody gives a damn about songs anymore

First time I heard the album (this month!) it hit me hard (only no.1 on our list hit me harder on first listen) & and it’s been growing ever since. Had I started listening earlier (it was released 11 june) it would probably had been a strong contender for top 3 on my list, as of writing this I already regret not rating it higher. 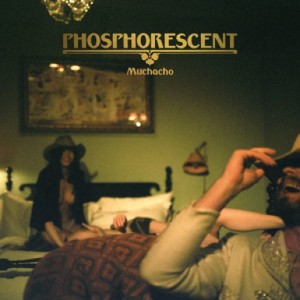 Matthew Houck is pushing the envelope on this album, they go from a, fairly, traditional indie/americana sound into this exiting new soundscape. Phosphorescent doesn’t rest on their laurels, they reinvent themselves and now they’re a band who stretches the “Americana” sound in even more new and unusual directions.

It is an incredibly layered album, and I expect to find new stuff in it’s grooves for a long time.  it’s almost exhaustingly beautiful and achingly sad.  I think this is Phosphorecent’s/Houck’s defining album and very close to a masterpiece.

Some say love is a burning thing
That it makes a fiery ring
Oh but I know love as a fading thing
Just as fickle as a feather in a stream
See, honey, I saw love,
You see it came to me
It puts its face up to my face so I could see
Yeah then I saw love disfigure me
Into something I am not recognizing
(Song for Zula, with a little nod to The Man In Black at the start) 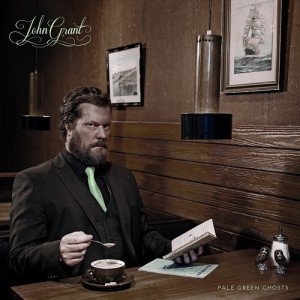 John Grant is a confessional artist, his music documents his attempts to overcome all his trials.  You can not separate his music from his personal life. He has suffered abuse, rejection, agoraphobia, depression and addiction, and was recently diagnosed HIV positive. This is heavy stuff, but Grant infuses his great lyrics with a solid dose of humor, something that is also very present at his concerts.

you could probably say i’m difficult, i probably talk too much
i overanalyse and overthink things, yes, it’s a nasty crutch
i’m usually only waiting for you to stop talking so that i can
concerning two-way streets, i have to say that i am not a fan

This album is almost as good as his masterpiece, Queen of Denmark, and that is quite an accomplishment! 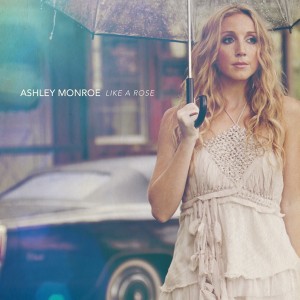 I was only 13 when daddy died
Mama started drinking and my brother just quit trying
I’m still bouncing back, heaven only knows
How I came out like a rose

This one was released back in early March and I’ve been listening to it on and off most of the year. It’s a wonderful “Traditional Country” album with nice & sometimes spicy lyrics.. all songs co-written by Ashley Monroe (Guy Clark contributed on the title track).

Give me weed instead of roses
Bring me whiskey instead of wine
Every puff, every shot, you’re looking better all the time 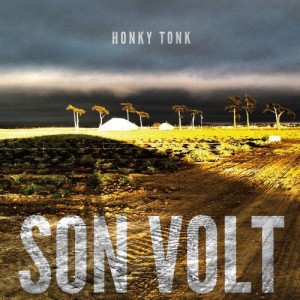 Every road has a story to tell
The dreams that have soared, the dreams that fell
Of finding that level that says out of control
Prospecting riches that reside in the soul
(Down the Highway)

This has to be Son Volt’s best album.. at least for me it is. Brilliant hot stuff. On this album, as the title do suggest, they’re more into the country territory, and Bakersfield (Merle Haggard, Buck Owens, etc…) in particular. Jay Farrar’s singing style might not be for everybody, but if your in… you’re really in. His singing here is really heart-felt & passionate. And on this one he’s written lot’s of great songs delivered with a sound filled with fiddles, pedal steel & acoustic guitars.

“Honky Tonk” (the album) is about all of this. A lot of pain & Great art.
The album is a triumph, and it is indeed a scandal that Hallgeir didn’t place it higher on his list (number 3 on mine). 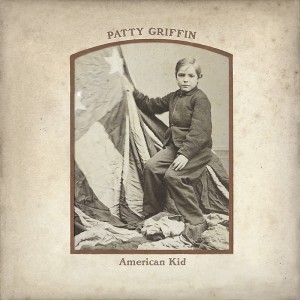 There’s ghosts that follow me around
Things I’ve seen and did
But I am not a bad man
Just an American kid.
(Not a Bad Man)

Listen to “Not a Bad Man” & you will hear a passionate & characteristic Griffin vocal. This is a wonderful quiet song is a strong contender for “Best new song in 2013”. But there is of course much more to this lovely album; 10/12 songs is written by Griffin alone, one co-written with partner Robert Plant & one classic Lefty Frizzell. Robert Plant also shares vocal on two great songs: Ohio & Highway Song.
This is just a brilliant Folk/Americana album that will live with us for a long time coming, at least the one’s who’s “Found the key”…

Everyone in this room wanted to be somewhere else
So tonight I found a key
And drive away a little early
Is the last time I wanna be that kind of lonely.
(That Kind of Lonely)