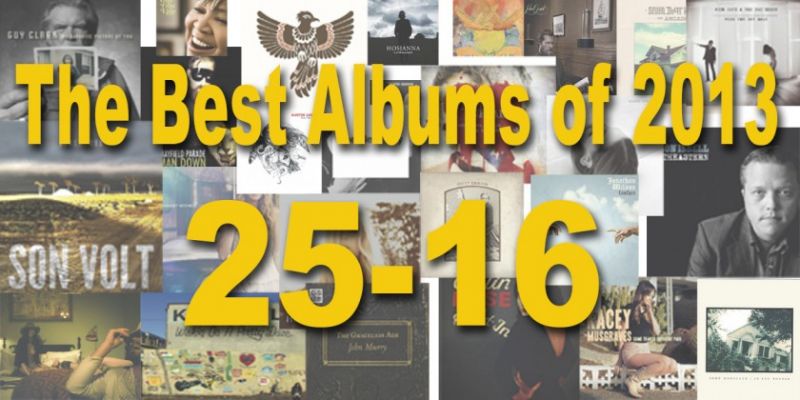 AS 2013 draws to a close, it’s time to look back on the last 12 months in music and as tradition goes, this involves the unveiling of our 25 Best Albums Of The Year – as always, it has been a struggle, we have fought and bled and finally agreed on the 25 best records of 2013.  There will be three posts, the excitement will be unbearable and the top 5 will be revealed in a couple of days.. 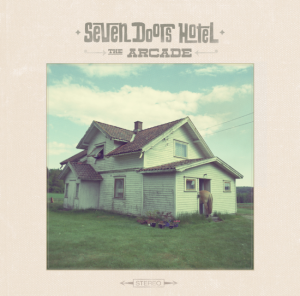 I need to know why you left
Was it the pills or just the loneliness
I miss your shaky voice
And I wanna know, where did you go
(Gone Again)

Lovely Norwegian country-rock.. close to “The Jayhawks” (Alexander Lindbäck was actually stand-in for The Jayhawks drummer Tim O´Reagan a short period in the summer of 2011). This is just a very catchy album, great music to be played loud in the car (and elsewhere). “Gone Again” is the album’s highlight for me, a song about the late artist “St. Thomas” (a close friend of Alexander Lindbäck). If you like vital & fresh Country-rock you need to check this one out!
-Egil 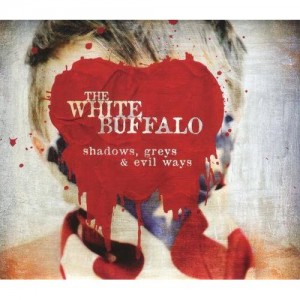 This is the story of Joe and Jolene, a pair of young outsiders thrust together by chance, forging a deep, emotionally charged relationship that would at once haunt and sustain them throughout their lives. The musical and literary narrative of this album follows our broken hero, Joseph White, through his many trials and tribulations from young adulthood to death. His ballad is a tale of love, war, murder, the search for redemption, and a lifelong experiment of good and evil, asking many of the questions of human existence along the way. It is ultimately a story of hope and the power of love.

A great album that belongs on a year-end list!
-Hallgeir

Highlights
Hallgeir: The Whistler, The Getaway, Pray to you now
Egil: -PASS-  (not listened to the album yet)

The White Buffalo – The Whistler (live at the Guitar Centre): 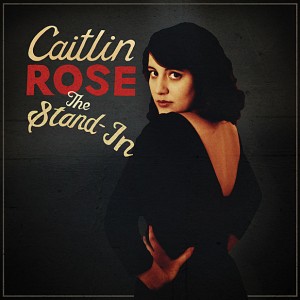 The cover looks very Patsy Cline’ish. I love Patsy Cline’s music & Caitlin Rose have surely been listening to Cline. This is an album filled with solid country-rock-pop tunes. She’s got a extraordinarily sweet voice reminding me of Linda Ronstadt. And She’s got style.
-Egil

“You have to immerse yourself into things to really get it. It’s like language. You got to go to Spain or something to learn Spanish in the realest sense.”
~Caitlin Rose (june 2013 to Ze Pequeno)

I was cruel (live at Big Car): 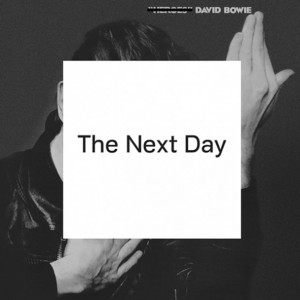 I have wished for a new Bowie album many years now. As each year went by, it seemed less and less likely. Imagine my joy when on his 66th birthday, a new single and music video were released and news of a new album slated for a release came about.

Much of Bowie’s work in the late 90s and into the early 00’s took on a bit more electronic feel, very different from the pure rock and roll sound of great albums like Ziggy Stardust. While still very much Bowie, they weren’t always well received. This new album is more a return to “good old” Bowie, not one particular album,  and it is almost postmodern in its approach. It feels like a comment on his previous work (all down to the cover art), but still feels fresh.

Bowie’s voice still sounds strong and the music itself is great.
-Hallgeir

The Next Day (official video): 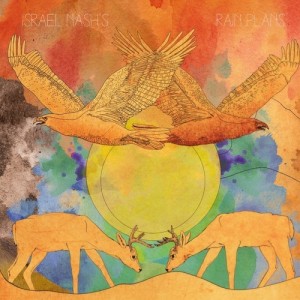 Israel gives us a mix of West Coast/Laurel Canyon harmonies & country rock with very much an early 70’s hippy flavor. It makes me think of Jonathan Wilson’s latest record, but with more Neil Young in the mix. This is most prominenton the second track, Through The Door. All songs on this release are excellent with no fillers.  Let us hope he returns to our shores soon.

Woman at the well (live Belfast): 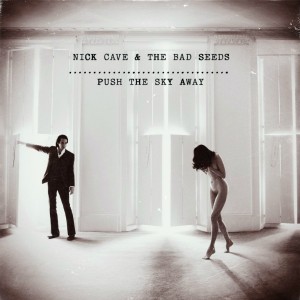 We finally got a new album with Nick Cave & The Bad Seeds (after 5 years) and it was worth the wait. It is a good album, and the songs are even better in a live setting. It feels (at least for me) like a concept album, the mood feels like a river flowing through all the songs and telling stories of the life of a grown man. Nick Cave delivers an album of great maturity, it doesn’t feel rushed but well thought out in all parts.

…and it is damn funny!
-Hallgeir 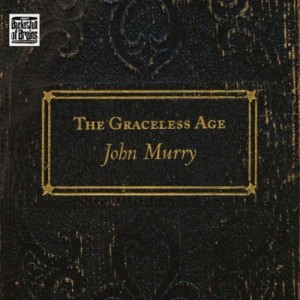 One of the best concerts I attended this year was JM @ Bergenfest. Not that much sunshine but a dedicated & dark artist.
He’s intense, real, interesting, dedicated, smart & the real thing. His songs might be demanding but at the same time utterly beautiful & expressive. Listen to “The Graceless Age”.. you will be rewarded  .. his art will move you. 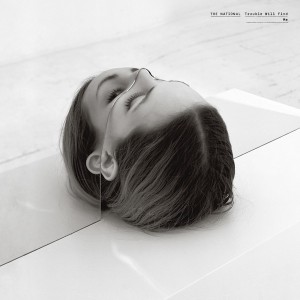 18. The National – Trouble Will Find Me

A Great band – new to me (I’m not as up-to-date on new stuff as Hallgeir). I get a lot of the same vibe listening to The National as I get when listening to Wilco.. there is something shit solid & bulletproof about them, they even remind me of Joy Division. The album’s mood is dark, warm & this is perfect music while enjoying some Laphroaig Single Malt Whisky.

I need my girl (live acoustic): 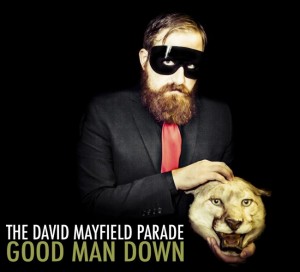 My mom and dad met each other at a bluegrass festival. They were professional musicians most of my childhood. When I was about 12 or so their bass player quit and I said “Well if you’ll buy me a bass I’ll learn how to play it and be your bass player.” So they bought me a bass with their income check or whatever. And I started playing.
– David Mayfield (American Songwriter)

When i started to listen to this album, I was not very impressed, but very soon it dawned on me; this is raw emotion put on record. The album is a “grower” and has become one of those albums I always keep on my smartphone, I use it for walks, waiting and just pure listening pleasure. It is a very good album.

It first hit me while I was out hiking with my dog, I wanted to rip the headphones off and shout: “Everybody needs to hear this, it is incredible!”
Sweet songs about love, sad songs about love and hurtful songs about…, yes, love.
-Hallgeir

Human Canonball (Jam in the Van): 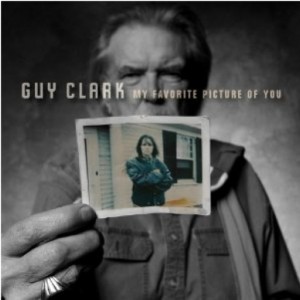 16. Guy Clark – My Favorite Picture of You

My favorite picture of you is bent and faded and it’s pinned to my wall
Oh and you were so angry, it’s hard to believe we were lovers at all
There’s a fire in your eyes, you’ve got your heart on your sleeve
A curse on your lips, but all I can see is beautiful

Guy Clark is a tremendous songwriter.. and he’s been crafting great songs since at least the early 70’s. My favorite Guy Clark album is still his first (Old No. 1

– 1975), but he’s been pumping out great stuff steadily ever since. His wife for 40 years (Susanna Clark) passed away in 2012 and the title cut is a wonderful song about her, actually it’s one of this year’s greatest songs; beautiful emotional lyrics. His rough cigarette-worn voice demands attention & oozes no-bullshit & naked truth… a lot like Kris Kristofferson actually. There are many a pearl on this album; from “Hell Bent On A Heartache”:

Ain’t love funny?
Ain’t love strange?
I say love is a dangerous game
Shows no mercy
It has no rules
It’s all the same for the kings and fools

and I’m Hell Bent On A Heartache

Brilliant. And from “Heroes”:

Heroes, everybody needs heroes
Even heroes need a little help
Heroes cant always be heroes
Who’s gonna save the hero from himself?

My favorite picture of you (Music Fog):