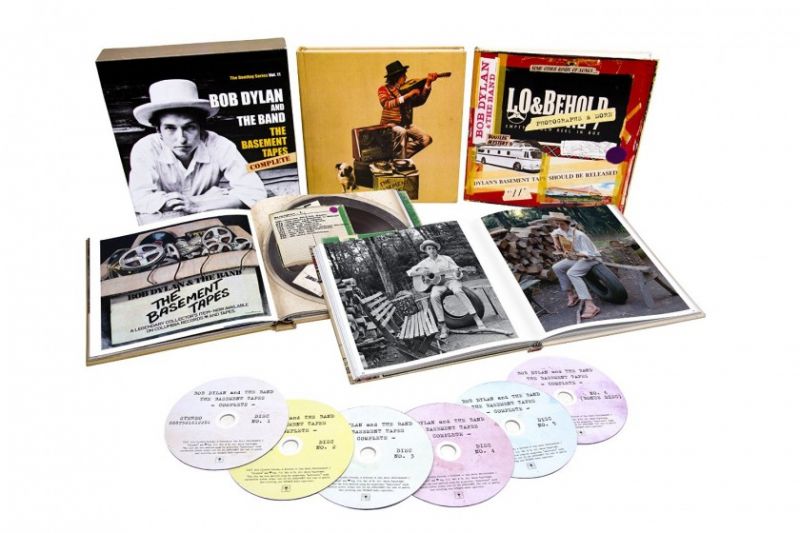 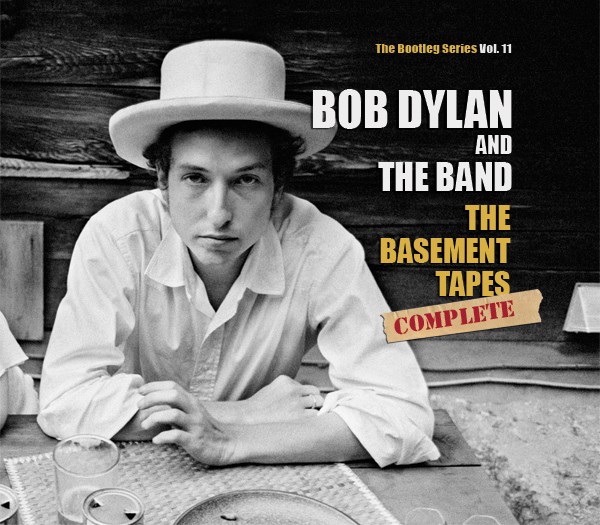 Compiled from meticulously restored original tapes many found only recently this historic six-disc set is the definitive chronicle of the artist’s legendary 1967 recording sessions with members of his touring ensemble who would later achieve their own fame as The Band.

Among Bob Dylan’s many cultural milestones, the legendary Basement Tapes have long fascinated and enticed successive generations of musicians, fans and cultural critics alike. Having transformed music and culture during the early 1960s, Dylan reached unparalleled heights across 1965 and 1966 through the release of three historic albums, the groundbreaking watershed single “Like A Rolling Stone,” a controversial and legendary ‘electric’ performance at the 1965 Newport Folk Festival and wildly polarizing tours of the United States, Europe and the UK. Dylan’s mercurial rise and prodigious outpouring of work during that decade came to an abrupt halt in July 1966 when he was reported to have been in a serious motorcycle accident. Recovering from his injuries and away from the public eye for the first time in years, Dylan ensconced himself, along with Robbie Robertson, Rick Danko, Richard Manuel, Garth Hudson and, later, Levon Helm, in the basement of a small house, dubbed “Big Pink” by the group, in West Saugerties, New York. This collective recorded more than a hundred songs over the next several months including traditional covers, wry and humorous ditties, off-the cuff performances and, most important, dozens of newly written Bob Dylan songs, including future classics “I Shall Be Released,” “The Mighty Quinn,” “This Wheel’s On Fire” and “You Ain’t Going Nowhere.”

When rumors and rare acetates of some of these recordings began surfacing, it created a curiosity strong enough to fuel an entirely new segment of the music business: the bootleg record. In 1969, an album mysteriously titled Great White Wonder began showing up in record shops around the country, and Dylan’s music from the summer of 1967 began seeping into the fabric of popular culture, penetrating the souls of music lovers everywhere. With each passing year, more and more fans sought out this rare contraband, desperate to hear this new music from the legendary Bob Dylan.

The actual recordings, however, remained commercially unavailable until 1975, when Columbia Records released a scant 16 of them on The Basement Tapes album (that album also included eight new songs by The Band, without Dylan). A critical and popular success, The Basement Tapes went Top 10 in the US and UK. Over the years, the songs on The Basement Tapes have haunted and perplexed fans, with the recordings themselves representing a Holy Grail for Dylanologists. What’s on the rest of those reels?

The Basement Tapes Complete brings together, for the first time ever, every salvageable recording from the tapes including recently discovered early gems recorded in the “Red Room” of Dylan’s home in upstate New York. Garth Hudson worked closely with Canadian music archivist and producer Jan Haust to restore the deteriorating tapes to pristine sound, with much of this music preserved digitally for the first time.

The decision was made to present The Basement Tapes Complete as intact as possible. Also, unlike the official 1975 release, these performances are presented as close as possible to the way they were originally recorded and sounded back in the summer of 1967. The tracks on The Basement Tapes Complete run in mostly chronological order based on Garth Hudson’s numbering system. 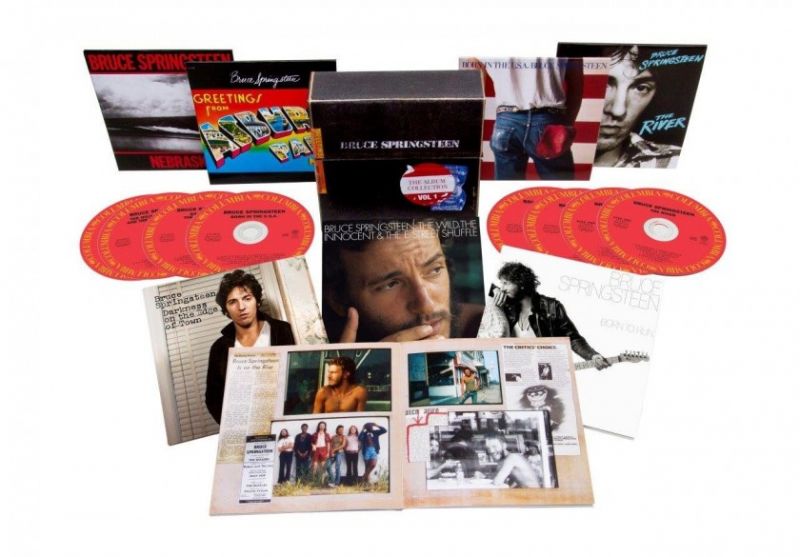 ‘Bruce Springsteen: The Album Collection Vol. 1 1973-1984,’ is a boxed set comprised of remastered editions of the first seven albums recorded and released by Bruce Springsteen for Columbia Records between 1973 and 1984. All of the albums are newly remastered (five for the first time ever on CD) and all seven are also making their remastered debut on vinyl. The seven albums are recreations of their original packaging and the set is accompanied by a 60 page book featuring rarely seen photos, memorabilia and original press clippings from Springsteen’s first decade as a recording artist.

They sound incredible, the first two albums comes across in a way never heard before, fantastic!

Mastering engineer Bob Ludwig and Thrill Hill Recording Audio Engineer and longtime Bruce Springsteen audio archivist Toby Scott discuss the process that utilizes state-of-the-art technology to remaster Springsteen’s classic recordings from his first decade in the studio. We’ll then travel to one of Bruce’s favorite record stores, Jack’s Music Shoppe in Red Bank, NJ, where 10 lucky fans will have the opportunity to be the first to listen to the brand new remasters – and compare them to the original recordings:

As far as I know they are only available in this remastered form in this box set, this should make this a must-buy. 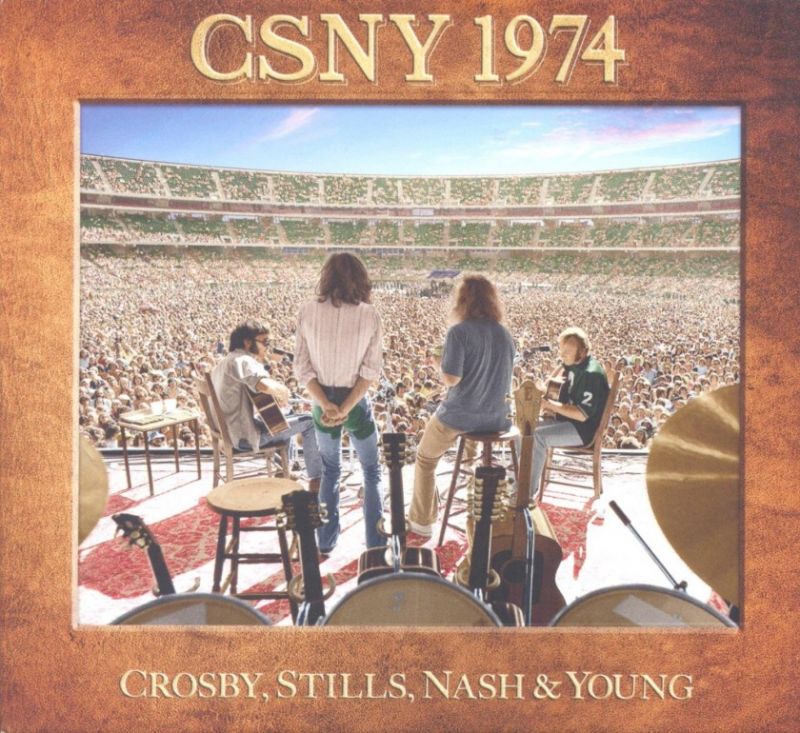 The quality of these performances are excellent and a notch above Four Way Street. While Four Way Street features a loose and “jangly” sound, Tim Drummond (bass), Russ Kunkel (drums) and Joe Lala (percussion) offer a more strict and tight backing for CSNY and on this set the songs are more “fleshed out”. The vocals are also much better on this release. The harmonies beat anything this listener has heard on other albums or live performances. They promised us a lot and it took some time, but, by God, they delivered!

…and the real eye openers (ear openers?) are how good the CSNY treatment the solo songs comes out. On The Beach, Grave Concern and Carry Me are highlights for me. We also get some classic Stills/Young guitar duelling.

The sound is very good and the performances are out of this world.I play it constantly in my car, it sounds terrific at high volume!

The DVD is short but very sweet and we also get a nice booklet with  great photos, it helps conveying what the tour was like. A great Box set!

The Rolling Stones released LA Friday (Live 1975) on mp3 and flac in 2012, now they have added 2 DVDs of the concert to this box-set. It is magical!

Now it’s available worldwide not only through StonesArchive.com but in all good shops, fans can enjoy this incredible recording of Ronnie Wood’s first tour with the band, on the legendary Tour of the Americas. Joining Mick, Keith, Charlie, Ronnie, Bill and Ian “Stu” Stewart are Billy Preston on keyboards, Ollie E. Brown on percussion and on saxophone Trevor Lawrence.

The show was part of the Rolling Stones Tour of the Americas, which started with a bang, the band playing on a flatbed truck driving down 5th Avenue in New York City, showcasing their new guitarist, Ronnie Wood.

The album contains incredible versions of “Fingerprint File” and “Angie”, but my personal favourite on this fantastic live album is You Can’t Always Get What Want.

I love what The Rolling Stones are doing now, releasing legendary bootlegs with significantly better sound than the, eh, bootlegs.Bruce Springsteen is setting up something similar and hopefully others will follow 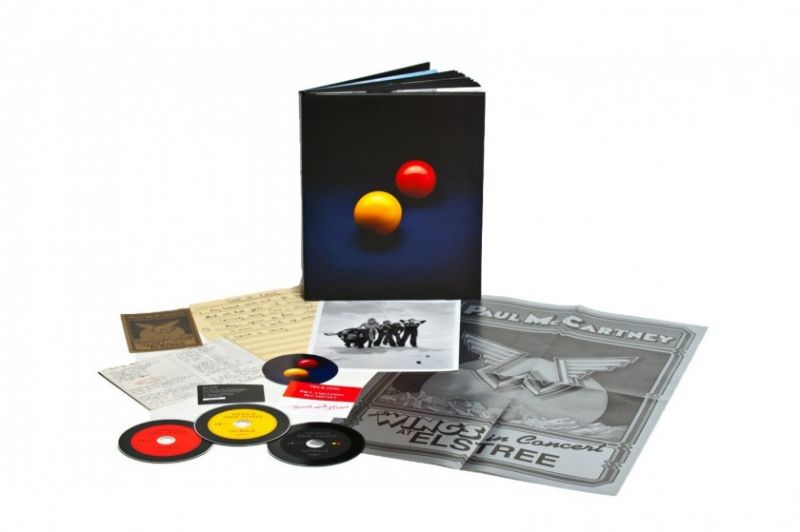 Personally supervised by Paul McCartney and newly remastered at Abbey Road Studios
Deluxe 2CD (remastered album)/1 DVD, housed in a hardback book, 128 pages
Venus and Mars, originally released in 1975, is the fourth album by Wings. The album was recorded primarily at Sea-Saint Studios in New Orleans and at Abbey Road Studios in London. The album topped US and UK charts reaching #1 on both, spearheaded by the success of lead single “Listen to What the Man Said.”

I bought Venus and Mars at a flea market in 77. It was originally released in May 1975, after the fantastic, Band on the Run.    Venus and Mars gave us a No. 1 single, Listen to What the Man Said, and went to the top spot on both the U.S. and U.K. album charts. It also provided a the material for McCartney to launch the Wings Over the World tour – which, of course, became an album and a film.

I love this album, and it is great to have this wonderfully sounding release, great booklet and some nice film clips. 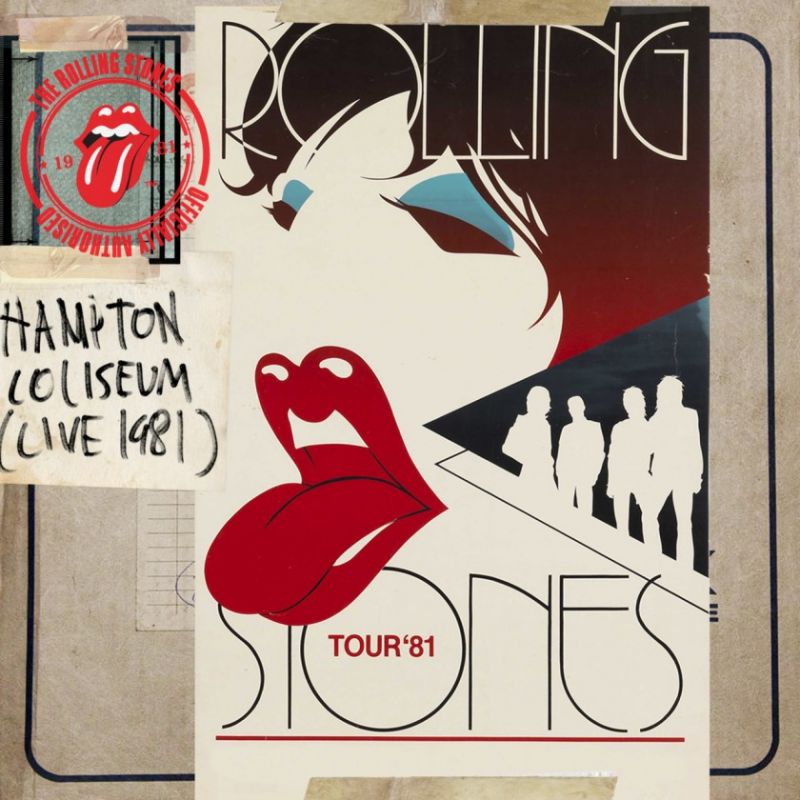 Recorded in Virginia on Keith’s 38th birthday, the Hampton show was one of the first ever pay-per-view events on television. Now mixed by Bob Clearmountain, the energy in the band’s performance is palpable. The concert achieved notoriety when a fan invaded the stage during (I Can’t Get No) Satisfaction heading towards Mick, Keith intervened by hitting the intruder with his Fender Telecaster. The line-up for the recording is Mick Jagger, Keith Richards, Charlie Watts, Ronnie Wood, Bill Wyman and Ian “Stu” Stewart, along with Ian McLagan and Ernie Watts.

In 81 I really believed Stones were finished, and I didn’t listen to them as much as I should have. Looking back, seeing the footage and listening to this live set, I’m stunned at how good it is! Potent as hell, played with a real urge and instilling life into old classics.

The Rolling Stones – Waiting On A Friend: 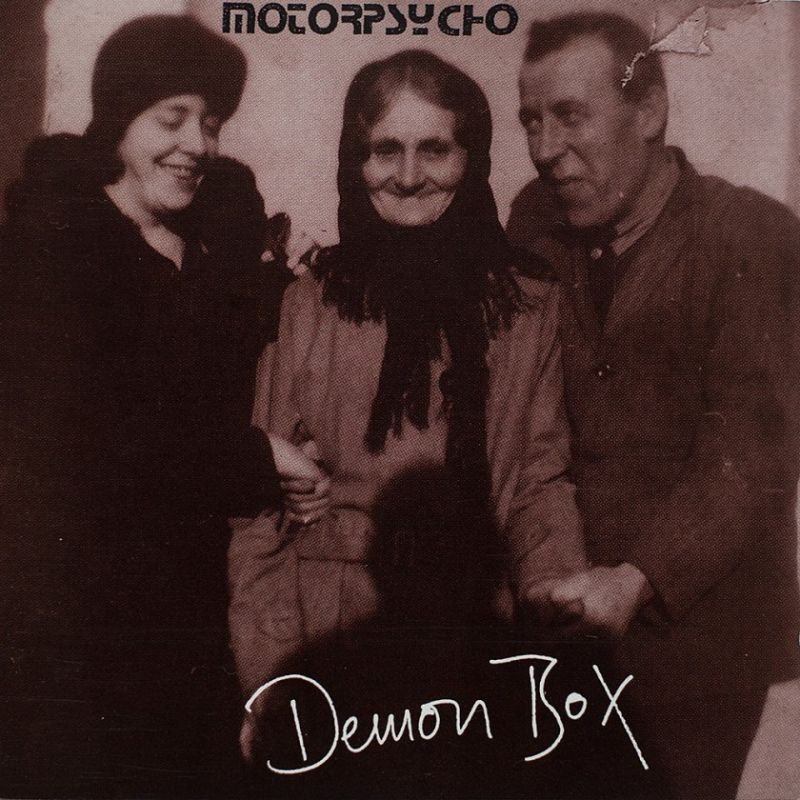 Still the favourite among many Motorpsycho fans, and one of the most iconic albums in Norwegian rock, “Demon Box” (1993) finally gets a long-awaited re-issue treatment, after the popular “Timothy´s Monster” and “Blissard” box sets. Please note that this will only be released on Rune Grammofon. Not my favorite Motorpsycho album, but in the top 3 and well worth an extended release. Just started digging into this and I discover the album all over again, great!

Disc 1 and 2
The complete, meant to be album for the first time on CD. The original had three tracks left out to fit “all” on one CD.

Disc 3
The two closely connected EPs, “Mountain EP” and “Another Ugly EP” plus “Home Of The Brave” live at the Roskilde festival.

Disc 5
Something of a curio that will have the fans wetting their pants. A one-camera video documentation of the full gig at the Vera venue in Groningen, The Netherlands, September 19, 1993. Dark, shadowy, loud, energetic and primitive, this is still the best audiovisual recording of a complete show from this period.