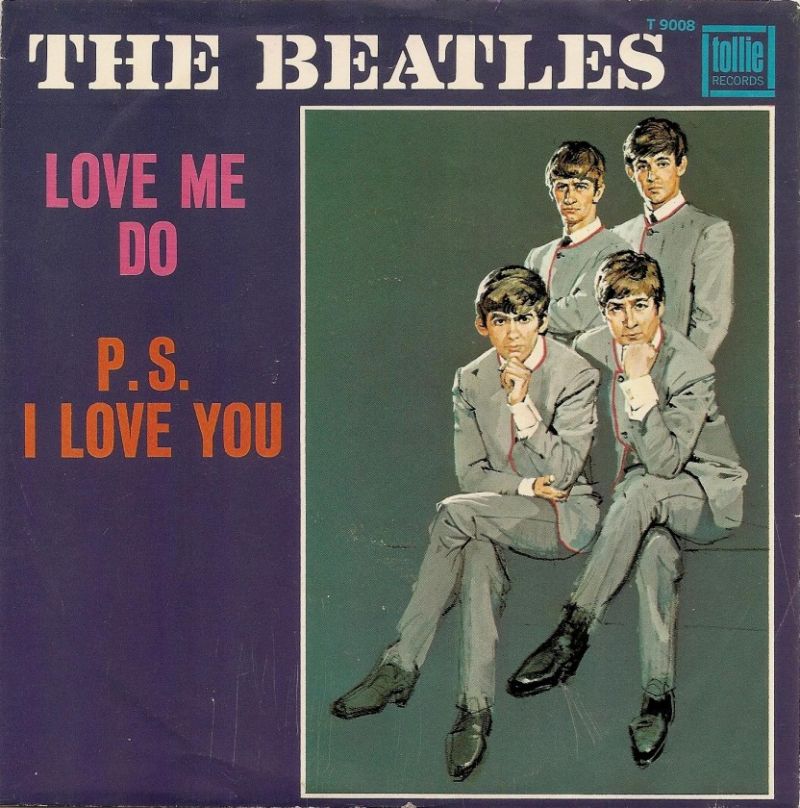 “Love Me Do” is the Beatles‘ first single, backed by “P.S. I Love You“. When the single was originally released in the United Kingdom on 5 October 1962, it peaked at No. 17; in 1982 it was re-promoted (not re-issued, retaining the same catalogue number) and reached No. 4. In the United States the single was a No. 1 hit in 1964. In 2012, the song entered the public domain in Europe. This was my first encounter with The Beatles, I got the single from an aunt (still have it!). Love Me Do was the best song in the world for me for many years and I still love it!

“Paul wrote the main structure of this when he was 16, or even earlier. I think I had something to do with the middle.”

“Love Me Do is Paul’s song. He wrote it when he was a teenager. Let me think. I might have helped on the middle eight, but I couldn’t swear to it. I do know he had the song around, in Hamburg, even, way, way before we were songwriters.”
– John Lennon

But Paul remembers it a bit different:

“Love Me Do’ was completely co-written. It might have been my original idea but some of them really were 50-50s, and I think that one was. It was just Lennon and McCartney sitting down without either of us having a particularly original idea. We loved doing it, it was a very interesting thing to try and learn to do, to become songwriters. I think why we eventually got so strong was we wrote so much through our formative period.

Love Me Do was our first hit, which ironically is one of the two songs that we control, because when we first signed to EMI they had a publishing company called Ardmore and Beechwood which took the two songs, ‘Love Me Do’ and P.S. I Love You, and in doing a deal somewhere along the way we were able to get them back”
– Paul McCartney