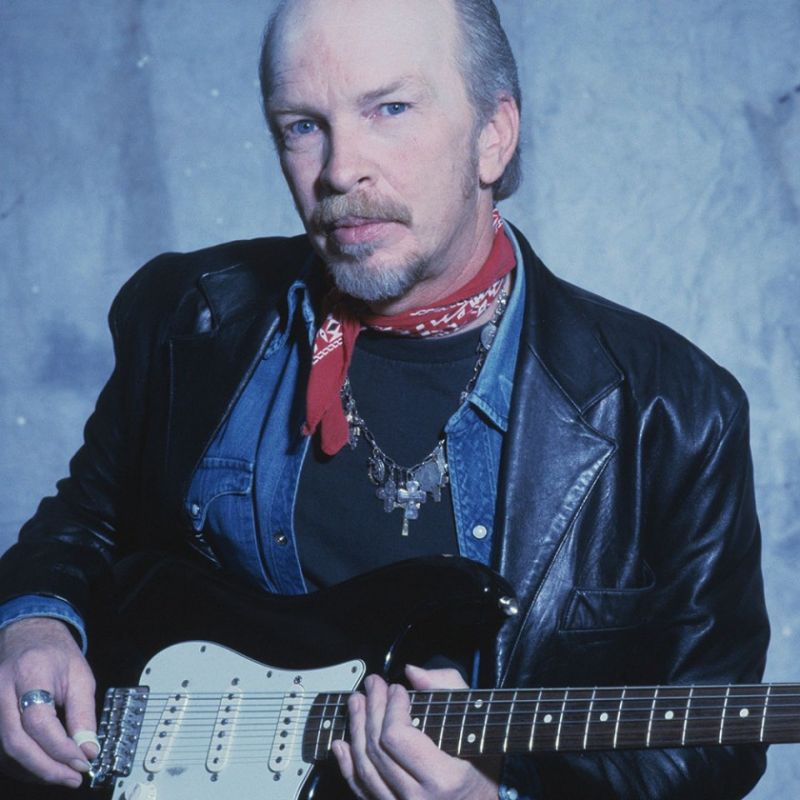 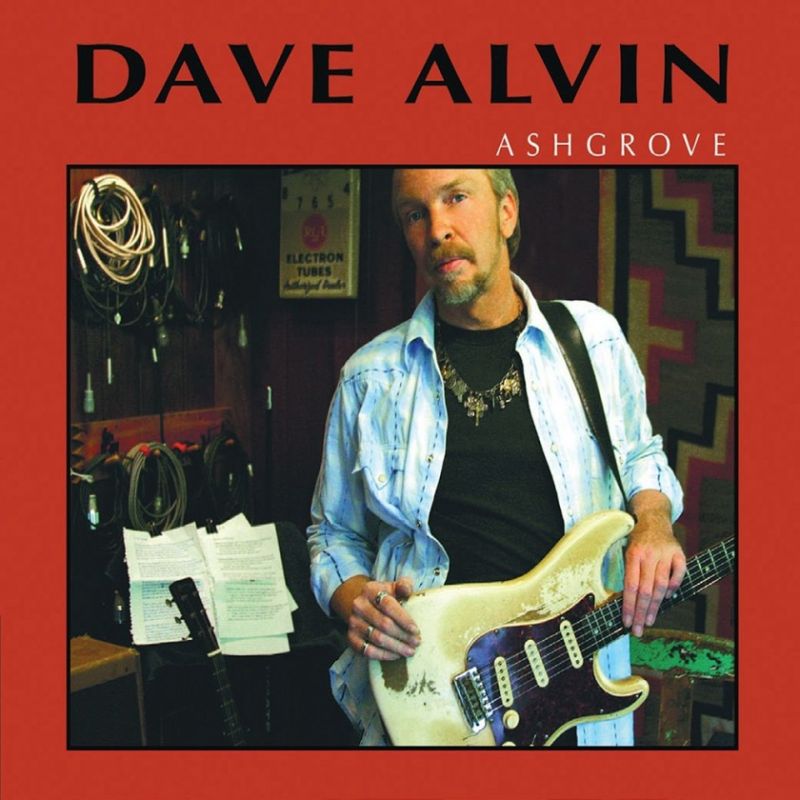 “This nine-song CD was the conception of Uncut magazine, which got nine of its favorite artists to re-record the nine songs off of Bob Dylan’s Highway 61 Revisited in their own respective styles. So it opens up with the sneering, funny Drive-by Truckers reimagining “Like a Rolling Stone” sans organ but a lot more attitude in the singing and some flashy guitar flourishes. That’s a good jumping-off point for a fascinating effort at refocusing this body of work in contemporary terms, ranging from American Music Club’s unexpectedly lyrical, shimmering, and hauntingly sad “Queen Jane Approximately,” to Dave Alvin’s ominous and intense, larger-than-life revision of “Highway 61 Revisited.” Paul Westerberg’s “It Takes a Lot to Laugh, It Takes a Train to Cry” sounds like it’s being played by Howlin’ Wolf’s band circa 1963, and Richmond Fontaine’s “From a Buick 6” comes from the Jason & the Scorchers school of folk-rock, while Marc Carroll’s “Tombstone Blues” makes this reviewer think of some kind of weirdly compelling post-punk Paul Simon-style rendition. The Handsome Family’s “Just Like Tom Thumb’s Blues” is perhaps the most beguiling Dylan interpretation that this reviewer has heard in years and, with its use of concertina, even seems to deliberately evoke distant echoes of the Band. And Songdog’s “Desolation Row” is so quietly eloquent in its minimalist glory that all by itself it’s worth the tracking down of this disc — in its quiet intensity…”
– Bruce Eder (Allmusic) 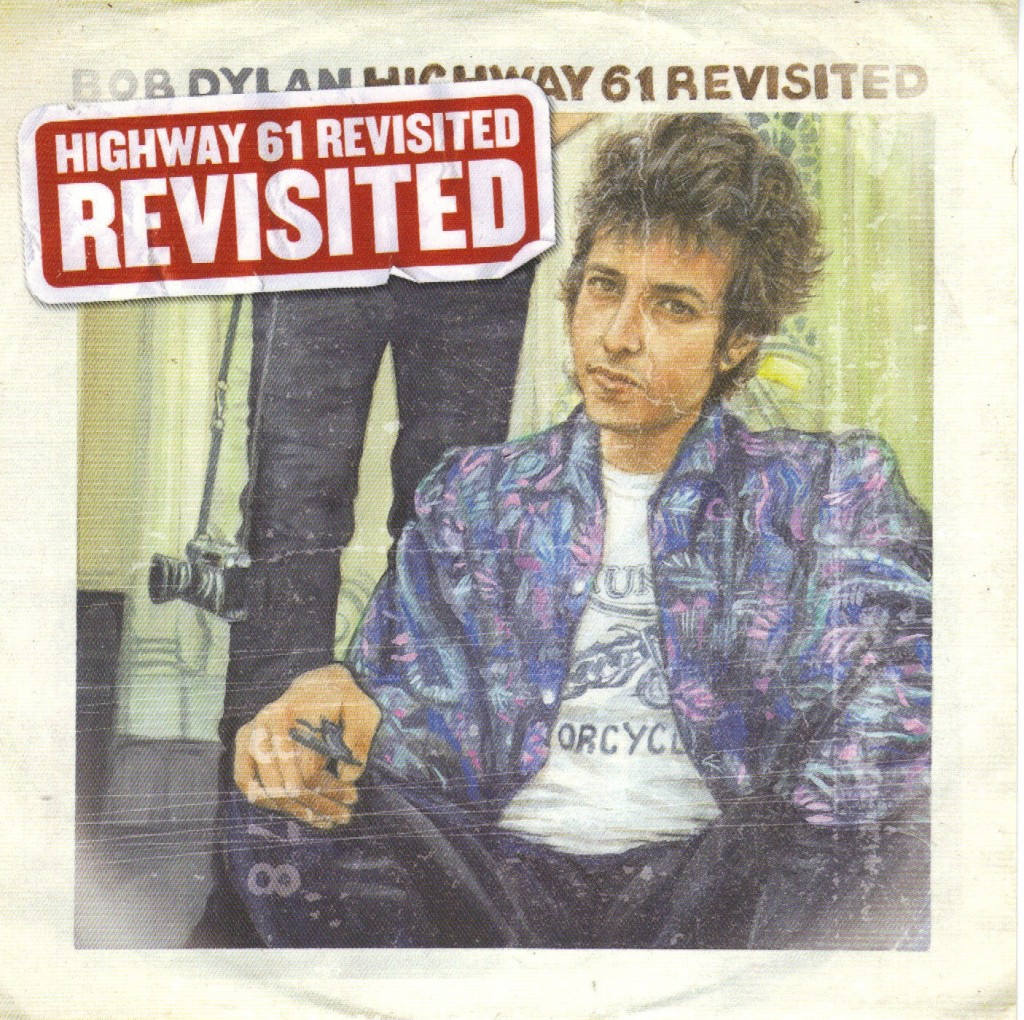 Dave Alvin short clip of Highway 61 Revisited live (2013?), the sound is a bit on the bad side, but we catch the energy and the wonderful guitar playing:

“The Meaning of the song” from Wikipedia:

The song has five stanzas. In each stanza, someone describes an unusual problem that is ultimately resolved on Highway 61. In Verse 1, God tells Abraham to “kill me a son”. God wants the killing done on Highway 61. This stanza references Genesis 22, in which God commands Abraham to kill one of his two sons,Isaac. Abram, the original name of the biblical Abraham, is the name of Dylan’s own father. Verse 2 describes a poor fellow, Georgia Sam, who is beyond the helping of the welfare department. He is told to go down Highway 61. Georgia Sam may be a reference to Piedmont blues musician Blind Willie McTell, who occasionally went by Georgia Sam when recording.

In the third verse, a “Mack the Finger” has this problem of getting rid of particular absurd things: “I got forty red white and blue shoe strings / And a thousand telephones that don’t ring”. “Louie the King” solves the problem with Highway 61. Verse 4 is about the “fifth daughter” who on the “twelfth night” told the “first father” that her complexion is too pale. Agreeing, the father seeks to tell the “second mother”, but she is with the “seventh son”, on Highway 61.

The fifth and last verse is the story of a bored gambler, trying “to create the next world war”. His promoter tells him to “put some bleachers out in the sun / And have it on Highway 61”. There is an evident political undertone in this absurd tale.