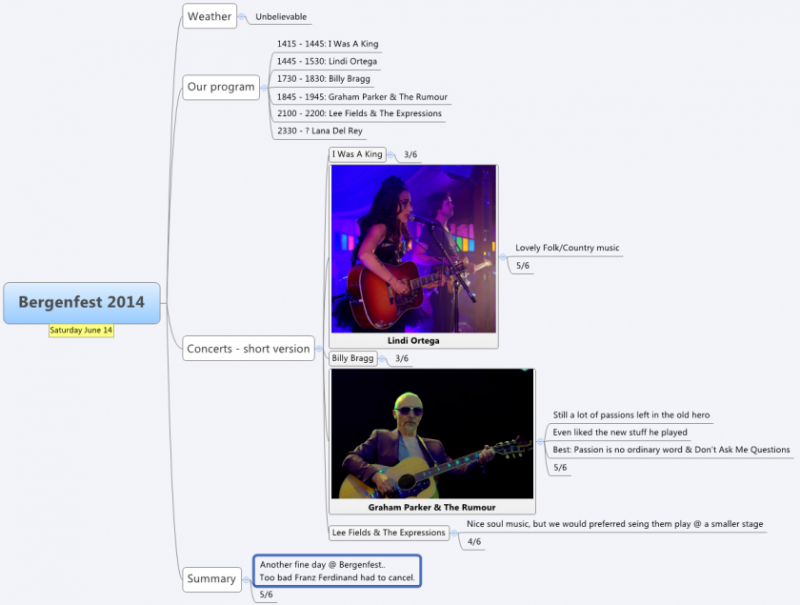 Lindi Ortega (born May 28, 1980) is a Canadian singer-songwriter from Toronto, Ontario. Now based in Tennessee, her voice has been described as a blend of Dolly Parton, Johnny Cash, and Emmylou Harris. She spent nearly a decade as an independent artist in the Toronto music scene, releasing two albums and an EP in that time. She has been described as “Toronto’s best kept secret” and nicknamed “Indie Lindi”. Ortega is currently signed to Last Gang Records where she has released three albums, most recently Tin Star in October 2013.

Lindi Ortega was one of the two highlights for us on the 4th day at Bergenfest 2014. She had beautiful songs and she radiated warmth and a fine sense of humour. We really look forward to see what a fine artist she will grow into in the years to follow.

Our second highlight this day was the veterans, Graham Parker & The Rumour. They still got it!  Their love of playing and performing radiated from the stage and we had a blast. We tapped our feet and marveled at those old gentlemen giving us a soulful pub-rock revival. I’m gonna dig up my old albums when I come home.

Despite only moderate commercial success, Parker’s energetic performances – along with the wittily class-conscious spirit of his debut album Howlin’ Wind – preceded the arrival of punk rock and new wave music. In addition, his quirky-blue-collar image is often believed to be a major influence on the public persona of many British musicians, most notably Elvis Costello, Paul Weller and Joe Jackson.

The Rumour were a British rock band in the late 1970s and early 1980s. They are best known as the backup band for Graham Parker, whose early records (from 1976 to 1980) were credited to Graham Parker & The Rumour. However, The Rumour were also recording artists in their own right, releasing threealbums: Max (1977), Frogs, Sprouts, Clogs And Krauts (1979), and Purity of Essence (1980).

Lee Fields & The Expressions also did a very fine job when they moved from Magic Mirrors to the big stage, Plenen yesterday. Franz Ferdinand had to cancel due to illness.