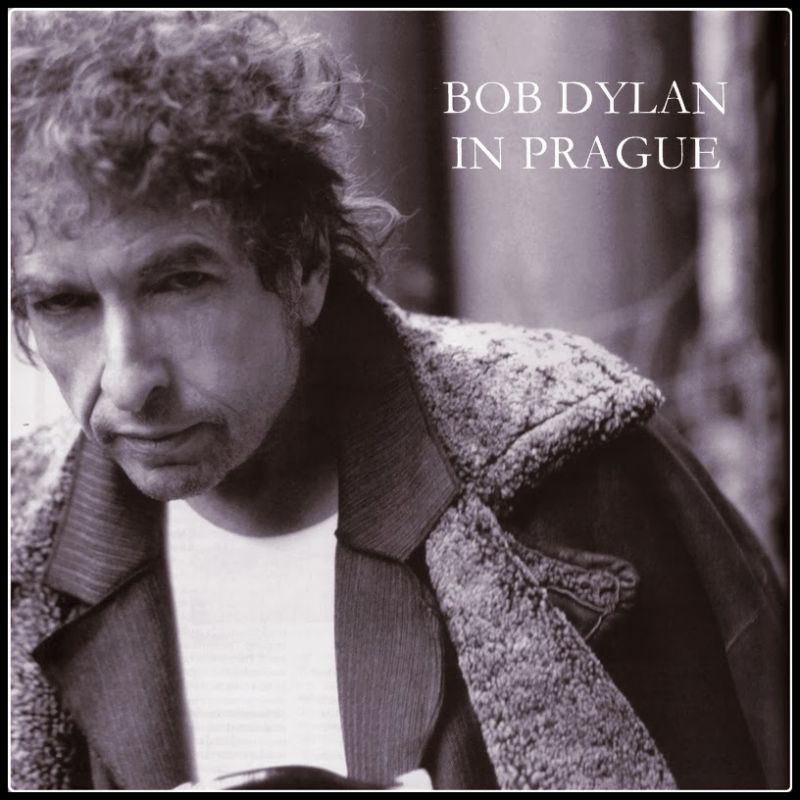 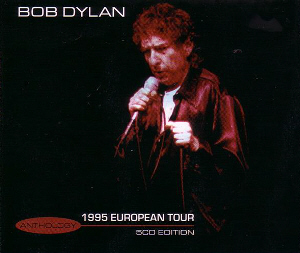 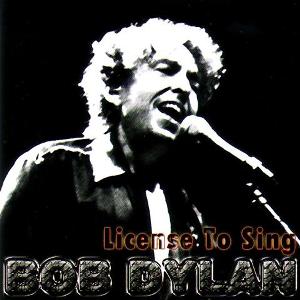 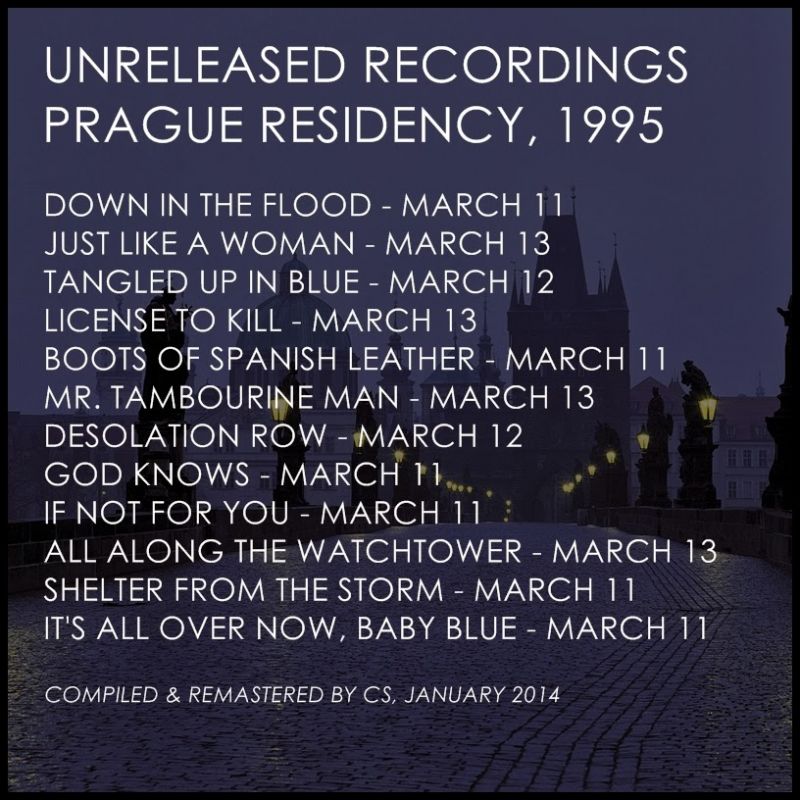 “Dylan opens the year with one of the most remarkable performances of the “Never Ending tour,” despite still visible suffering the after effects of the bug (at several points he sits on the drum rise, scrunched up in some discomfort)… the shock of the evening is not in his song selection.. but the fact that he performs almost the entire show without a guitar.. harmonica in hand, making strange shadow-boxing movements, cupping the harmonica to his mouth on nearly every song, blowing his sweetest harp breaks in years.”
~Clinton Heylin (Bob Dylan: A Life in Stolen Moments Day by Day 1941-1995

The March 11 concert (the songs in bold typeface are on the videos):

Linernotes from the Doberman release: 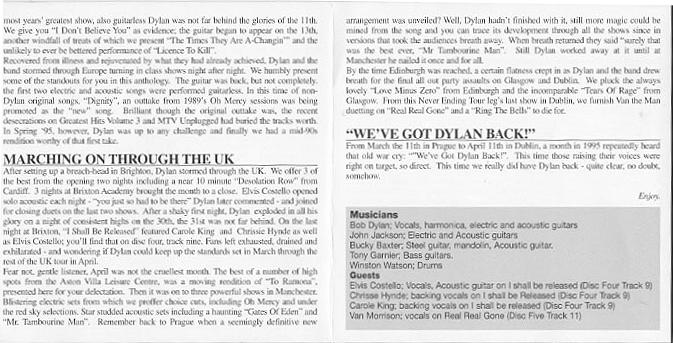 “Bob seemed in a good mood despite explaining that he was recovering from ‘flu. Throughout the show he retired to the rear of the stage between numbers and sat bent double seeming to gather his strength but then launched into each new number with even more feeling. During the encore a young woman got on stage and sat cradling Bob’s guitar – when a security man went to remove her Bob said ‘no, she can play it’ and the girl remained to the end.”
Mike Clendining (show report, Mar 11, Expecting Rain)