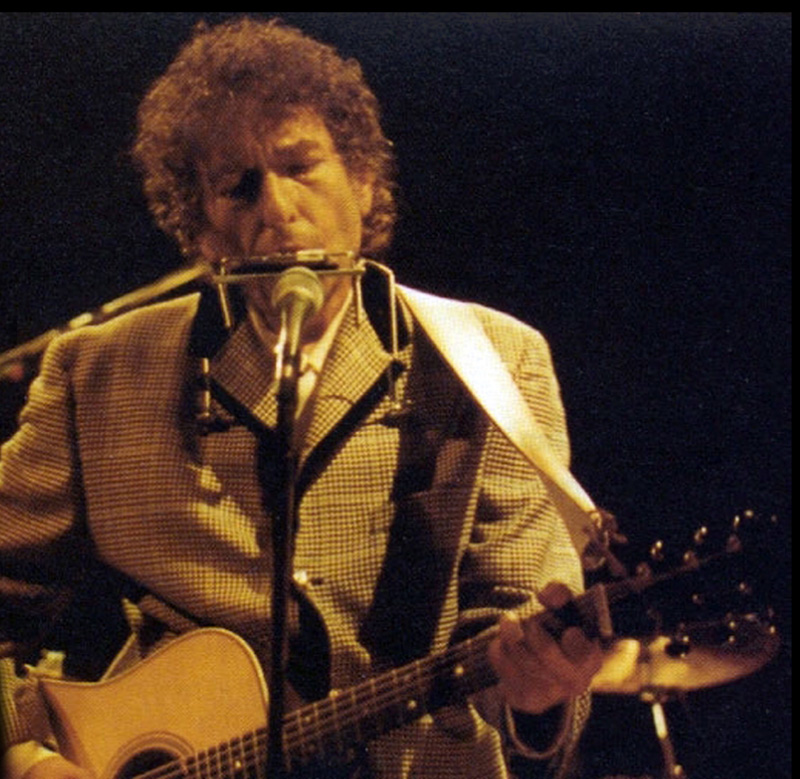 The concerts @ the Supper Club in Nov 1993 are considered by “most” fans to be “The Real MTV unplugged”. 4 fantastic shows in 2 days, all of them delivered at approximately 60 min. This Soundboards series presents the legendary  shows in incredible quality. It simply can’t get  better than this. Well, it says soundboards but they sound like proffesional studio recordings (or very close). Search for all 4 they are fantastic!

“The early show performance [of “Ring Them Bells – Supper Club 17 Nov]…. may well be the single finest moment of the Never Ending Tour…”
~Clinton Heylin (Still On The Road)

Highlights: The three first shows are slightly better than the last, but they are all incredible!

Here are some audio & a video.

One Too Many Mornings and Queen Jane Approximately for the Supper Club performances (video): 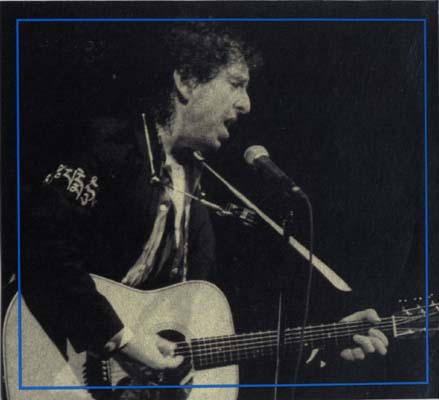 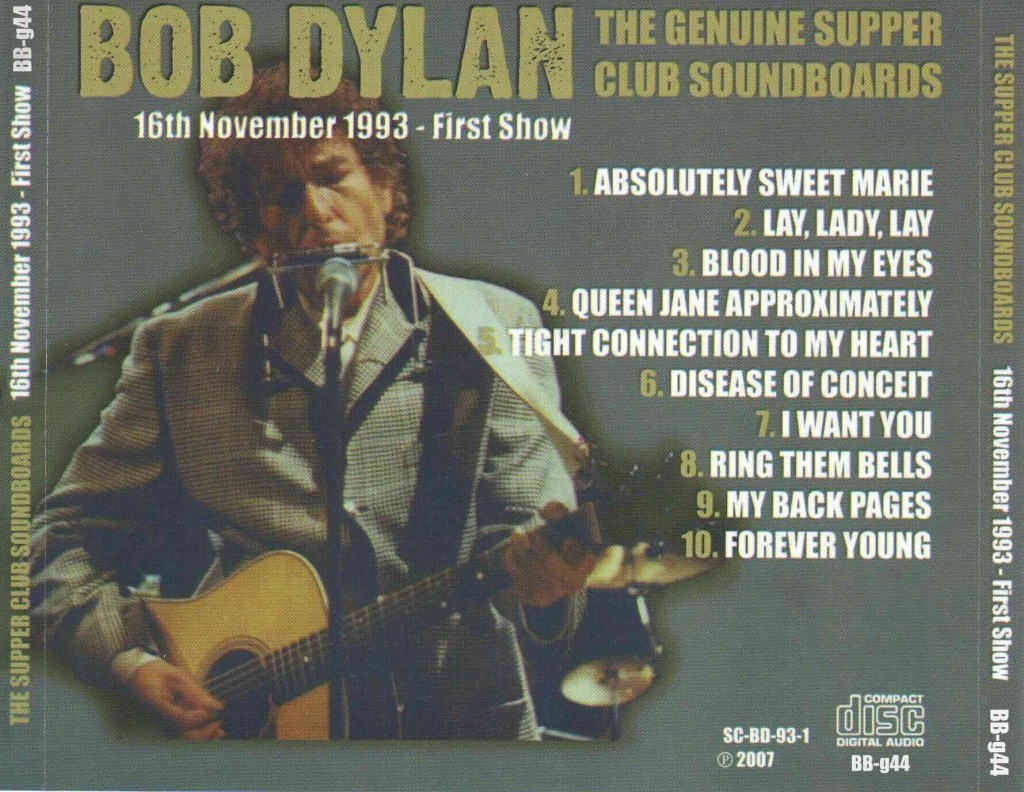 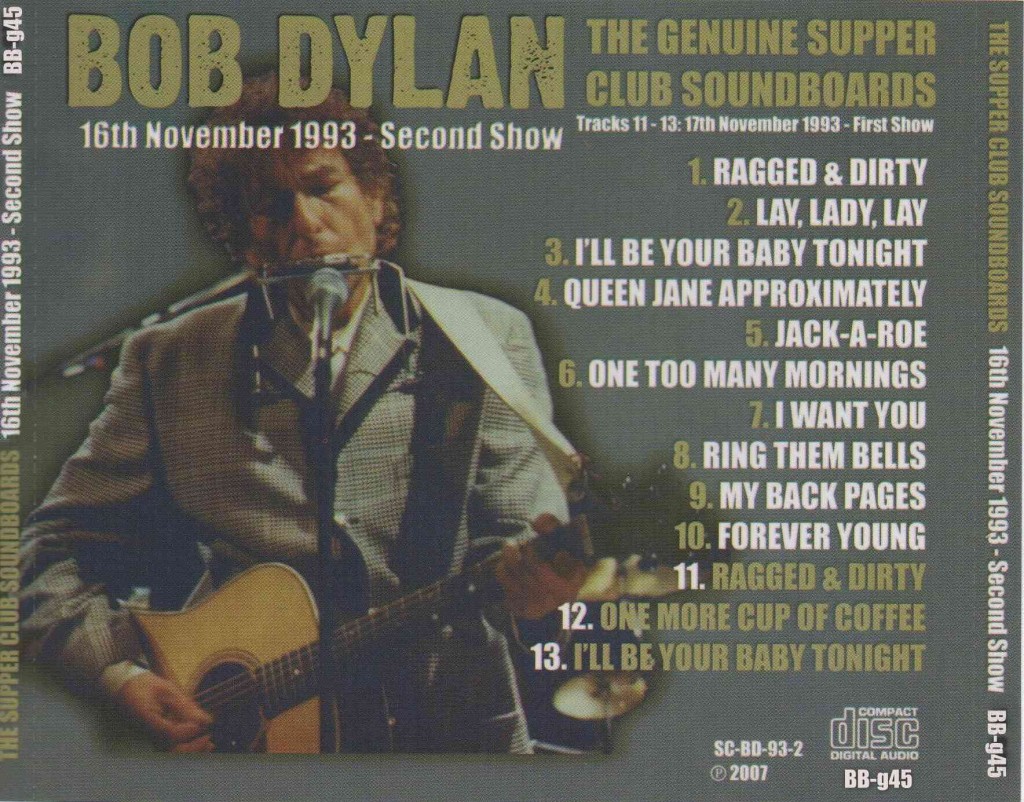 Tight Connection To My Heart (Has Anybody Seen My Love):

“If highlights must be chosen, however, this version of Tight Connection To My Heart and My Back Pages works very well, and this is the live debut of Blood in My Eyes. The biggest highlight of all, though, has to be hearing the entire show performed acoustic with the band. A must have performance in every sense of the word.”
– Bobsboots (on the first show the 16th) 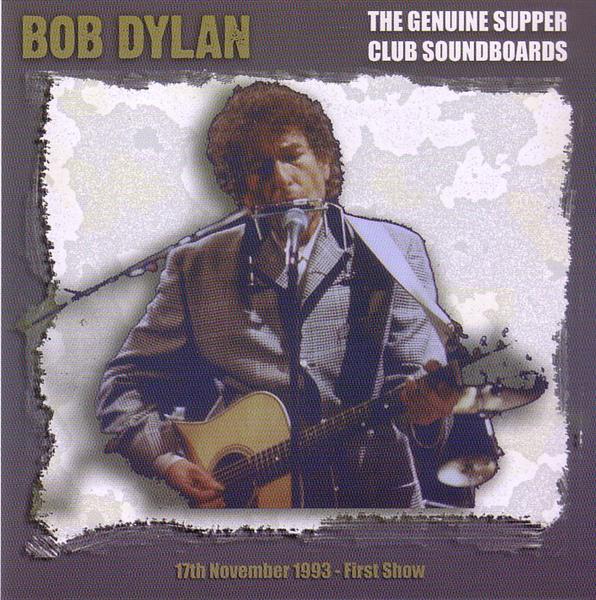 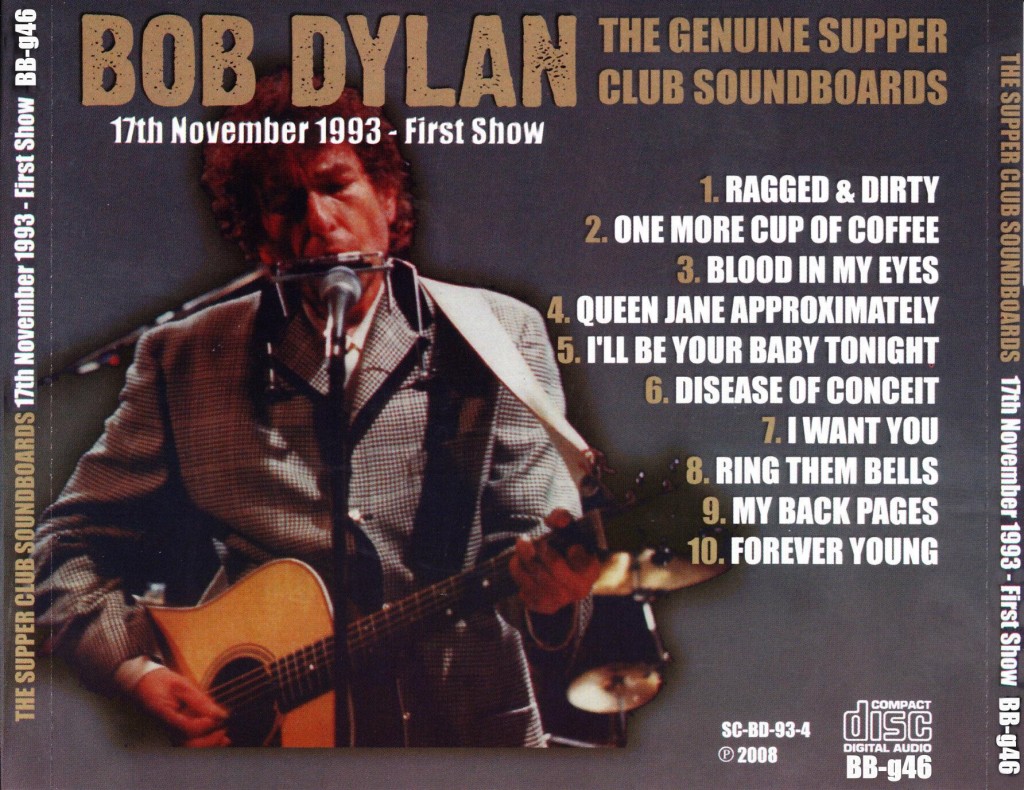 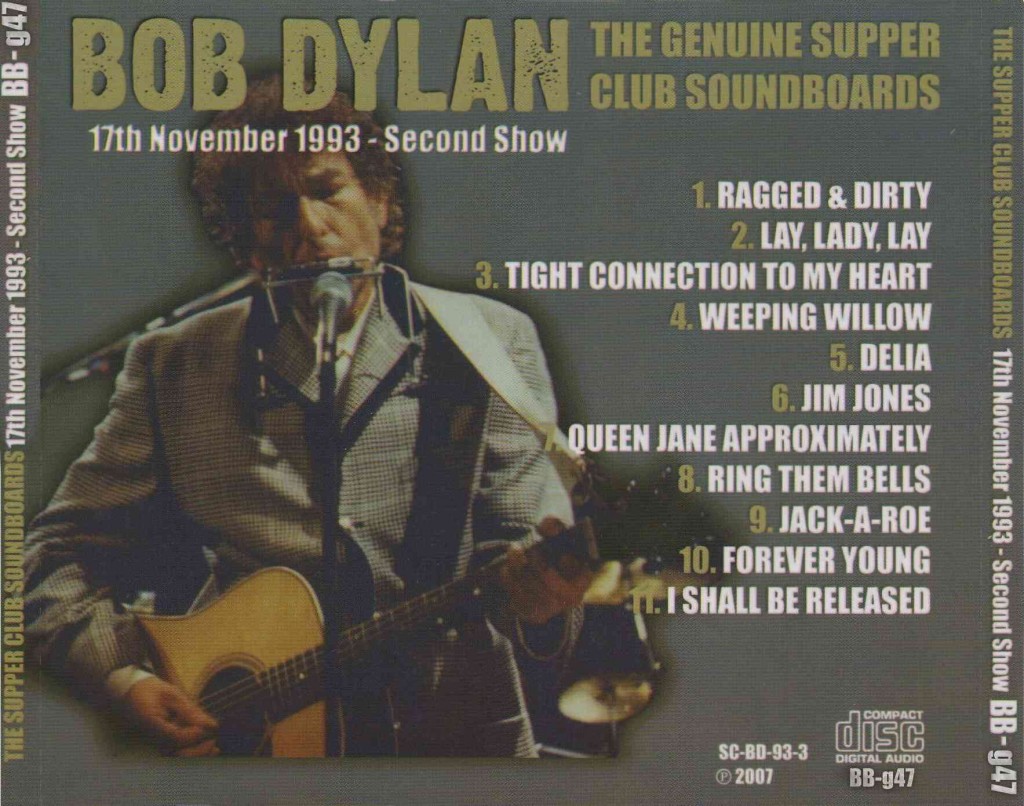 “Of all the four shows, this one is arguably the best. The instruments are well mixed, and Bob’s vocals are as clear as a bell. Every song is a highlight. Jim Jones is simply perfect. The band remains minimal, and the result is eloquent. This is the first performance of Weeping Willow.”
– Bobsboots (on the 2nd show the 17th)

5 thoughts on “16th and 17th of November: My favourite Bob Dylan bootleg 1993 The Supper Club”